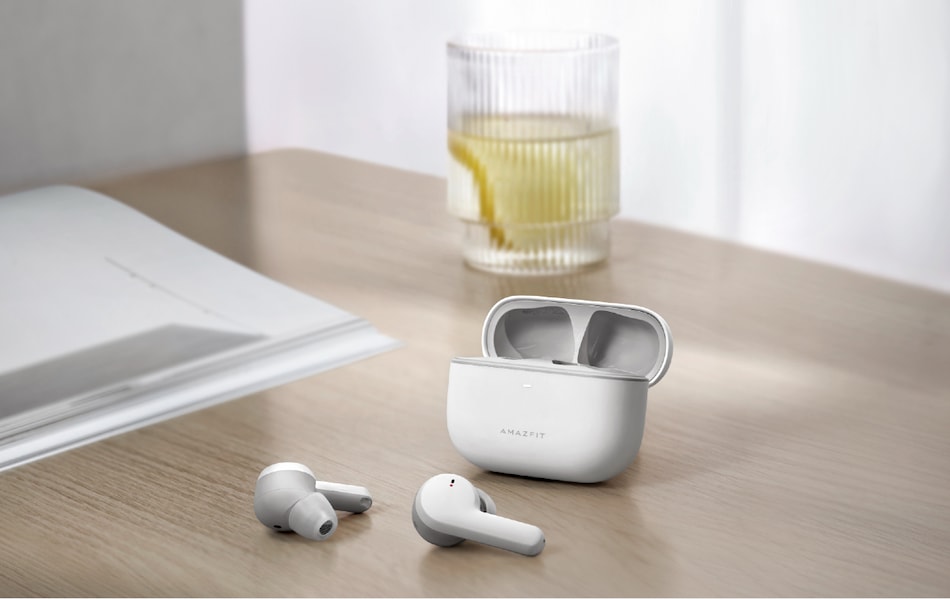 Amazfit PowerBuds Pro provides ANC of up to 40dB

Amazfit PowerBuds Pro has launched in the US. The truly wireless stereo (TWS) earbuds are an upgrade to the Amazfit PowerBuds launched last year. The earbuds are integrated with a Photoplethysmography (PPG) sensor for monitoring heart rate when exercising and it also has a built-in accelerometer to detect the sitting angle of your cervical spine. Amazfit PowerBuds Pro supports active noise cancellation (ANC) of up to 40dB. There are three mics onboard each earbuds alongside an AI call noise-reduction algorithm for better call quality.

As mentioned, the Amazfit PowerBuds Pro provides adaptive multi-scenario active noise cancellation of up to 40dB with hybrid digital adaptive noise-reduction and passive sound insulation technology. There's an indoor mode that cancels out noises like keyboard tapping and air condition, a travel mode that blocks engine rumbling on public transport and aircraft but lets you hear important announcements. There's a workout mode that lets you hear traffic sounds, so you stay safe exercising outdoors, but shuts out environmental noises like wind. Finally, there is an adaptive mode that automatically adjusts noise cancellation according to your surroundings.

Amazfit PowerBuds Pro have an in-ear PPG heart rate sensor that monitors heart rate during exercise. The earbuds play an alert when exercise heart rate is too high. It can also detect the sitting angle of your cervical spine, thanks to the built-in accelerometer. If you are in a fixed position too long, it plays a rhythm that reminds you to move your head and neck. It also comes with smart hearing protection to monitor the decibel level of the audio content you listen to in real-time, and following the World Health Organization's hearing protection standards, provide suggestions on volume reduction and recommended listening time in the Zepp App.

The Amazfit PowerBuds Pro can also intelligently recognize when running starts and automatically start tracking relevant sports data. There are three microphones on each earbud alongside AI call noise-reduction algorithm for improved call quality. The earbuds are IP55 water and dust resistant and provides up to 30 hours of playback with the charging case. Both the earbuds can last for up to nine hours with ANC off. The company claims that a short 15-minutecharge grants about 2.5 hours of playback. There's a USB Type-C port on the charging case. It pairs with the Zepp app and has features like smart in-ear detection, Google Assistant and Siri support, touch controls, and more. The total weight of the earbuds with the charging case is 55 grams. Connectivity options include Bluetooth v5 and the earbuds are compatible with phones running Android 5.0 or iOS 10 and above.

Big Tech Antitrust: How Google, Facebook and Others Are Faring Against US Lawsuits and Probes