Are these wired earphones good enough for beginner audiophiles on a budget? 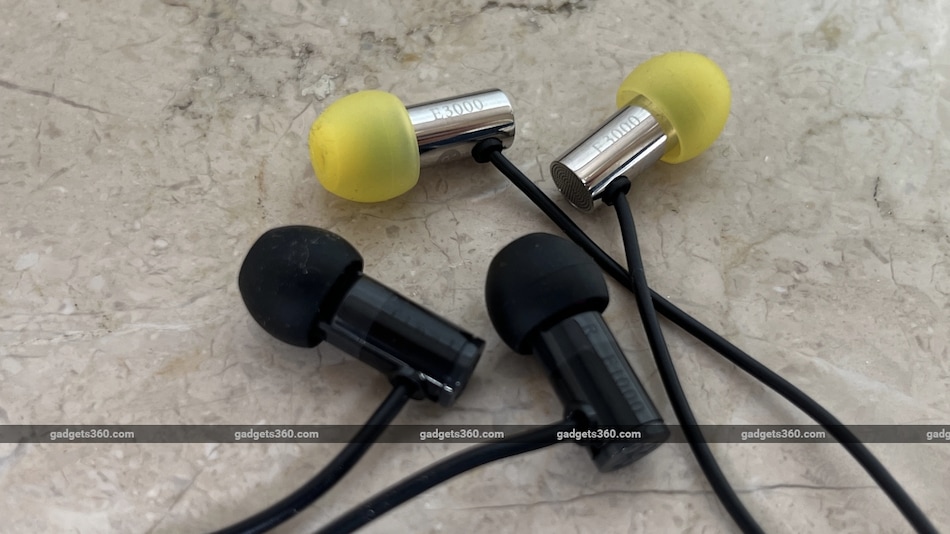 The introduction of high-resolution audio to Apple Music in 2021 boosted the already active audiophile movement, and increased interest in budget audiophile kit such as wired earphones and digital-to-analogue converters. While there are plenty of options available in India for under Rs. 5,000, many of these products originate from China. That's how the products that I'm reviewing today stand out; Final Audio is a Japanese brand, known for audiophile-grade earphones and headphones that cover a wide range of prices, from affordable, budget models to expensive, ultra-premium ones.

For now, I'll be focusing on the affordable side of its range, with the Final Audio E1000C and E3000C. Priced at Rs. 1,999 and Rs. 3,999 respectively, the E1000C and E3000C both feature 3.5mm connectivity, with in-line remotes and microphones. Although they're still manufactured in China, are these Japanese-engineered affordable earphones a good way to get started on your audiophile journey? Find out in this review.

The Final Audio E1000C (below) has plastic casings, while the E3000C (above) has more premium metal casings

Compact, comfortable design on the Final Audio E1000C and E3000C

Final Audio isn't really a mainstream brand, given its focus on audiophile products. It is available in India only through Headphone Zone, which serves as its distributor in the country. Although the company's product range is large and covers various price segments, these affordable in-ear monitors have a standard, simple look and feel. The Final Audio E1000C and E3000C have similarly slim and cylindrical earpiece chambers, and both have an in-canal fit.

Five pairs of silicone ear tips of different sizes are included in each headset's box. The E3000C also includes a fabric carry case and ear hooks. I was also provided additional coloured silicone ear tips as part of the media kit, but all the ear tips in the box for both headsets are black. The E1000C is available in three colours - black, blue, and red - while the E3000C is available in just one colour - silver.

While the more affordable Final Audio E1000C has plastic earpiece casings and a closed-back design, the E3000C has much nicer metal casings with grilles to allow for a somewhat open-backed design. The ‘C' variants have in-line remotes and microphones, but you can also buy the standard E1000 or E3000 earphones which don't have these. Both headsets weigh around 15g, despite the differences in the materials used.

The Final Audio E3000C and E1000C earphones are both powered by 6.4mm dynamic drivers, but the tuning is different on the two. The earphones are light and comfortable, but there is some audible cable noise from the upper halves of the rubber sheathing on both headsets. The earphones also feature what Final Audio refers to as a ‘swing fitting mechanism', which means the included ear tips can move around slightly while attached to the earpieces. This allows for a bit of flexibility while wearing the earphones, for a more precise, targeted fit.

Unlike some audiophile-grade in-ear monitors (IEMs) in this price range such as the KZ ZSN Pro X, the cables on the E3000C and E1000C are fixed and not replaceable or changeable, which is a bit of a drawback. The Final Audio E1000C and E3000C are both low-impedance wired headsets rated at 16 Ohms, and can easily be driven by any basic source device with a 3.5mm headphone jack.

The cables are fixed on both headsets, and can't be swapped out as is the case on some similarly priced audiophile IEMs

The Final Audio E3000C is better tuned and sounds fun, while the E1000C offers decent insight on a budget

Despite many smartphones, including affordable models, ditching the 3.5mm headphone jack, buyers picking up premium wired headphones and earphones today are often doing so for a superior listening experience. That's the type of buyer Final Audio hopes to attract with the E3000C. The E1000C on the other hand could appeal to casual listeners too.

For my review, I used both pairs of earphones with a Shanling UA2 portable DAC, connected to my MacBook Air and also a OnePlus 9. I had high-resolution audio tracks playing from Apple Music in both cases, and treated both of these headsets as audiophile-friendly options.

The sonic signature of the Final Audio E3000C is a little more entertaining, apart from the audibly superior tuning that naturally makes it the much better sounding of these two headsets. With a good source device and high-resolution audio content, the Final Audio E3000C made for a clean, detailed, and sharp sound that was also very precise and tight when it came to the lows.

Purple Hat by Sofi Tukker felt punchy but never excessively so, while the interesting and varying vocals sounded just as much fun. The level of detail on offer here was the clincher; the wired connectivity and excellent tuning of the earphones made for sound quality that no wireless earphones can come close to. The E3000C was also able to keep up with the busiest and most varied of tracks such as Aerodynamic (Daft Punk remix), letting you hear everything from the core of the track to the faintest of elements with great accuracy and detail.

The Final Audio E1000C is a lot more affordable and sounds quite different, with a more balanced sonic signature and less attention to detail. Although decent for the price, I felt the E1000C was not as refined and precise as the KZ ZSN Pro X, which it is positioned to compete with. The sound felt a bit more shrill with stronger upper mids and highs, and lows that didn't strike as effectively. The E3000C goes up against the KZ ZSN Pro X more effectively in terms of audio quality, although it does cost a fair bit more.

The Final Audio E3000C and E1000C both have built-in microphones and can be used as hands-free headsets. While it's nice to have this feature, and I found the microphone performance acceptable for video calls on my computer, these earphones are designed for music listening and are best used for that.

Final Audio's varied portfolio of earphones and headphones covers a wide range of prices. The E1000C and E3000C give buyers a chance to enjoy the brand's premium design and engineering without spending huge amounts of money. The E3000C in particular is interesting for a number of reasons, including its design, enjoyable sound, and excellent level of detail. While the fixed cable is a bit disappointing, this headset would be good for anyone looking at a quick and simple start in the audiophile space, especially if you have a good entry-level DAC to go with it.

The E1000C was less exciting, with sound quality that didn't quite live up to the price. Other audiophile earphones priced under Rs. 2,000 generally offer better performance, although the balanced sound of the E1000C might appeal to some listeners.

That said, those looking for just a music listening experience might also want to consider the Final Audio E3000 and E1000, which cost a bit less since they don't have built-in microphones and remotes.