In South Korea, a War Against Tiny Spy Cameras at Beaches and Swimming Pools 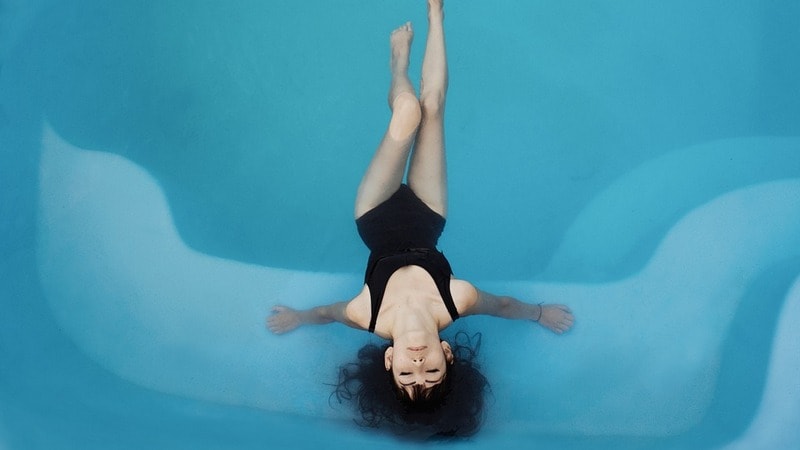 It's been an excruciatingly hot summer in South Korea, but those heading to the beach or the swimming pool to relax may find themselves burned by something else: hidden spy cameras that film them in a state of undress.

In response to a growing outcry, teams organised by the police have sprung into action. Armed with infrared scanners that can spot a lens and devices that detect electrical charges, they spend hours hunting for cameras installed by Peeping Toms in changing rooms and public bathrooms.

"We have to go out more often these days," said Lee Su-hyun, a police officer from Changwon in the coastal province of South Gyeongsang.

During a recent stop at a local pool, team members waved the gizmos from lockers to door frames to toilet bowls to shower heads to just about everywhere in between. Yet the small team, which includes two schoolgirls, two housewives and a number of dedicated police officers, didn't find a single camera.

It wasn't a surprise. These inspections in South Gyeongsang have been going on since last September, but a hidden camera has never been found. Indeed, though there are scores of such teams nationwide, police officials say none has ever found a camera - but perhaps that's not the point.

South Korea is in the midst of a battle against sexual harassment. Over the past year, the country's #metoo movement has taken down multiple high-profile men accused of harassment and assault, including An Hee-jung, a rising star in the ruling Democratic party.

Everyday objects that conceal small cameras inside are on display for visitors at a police-run educational centre
Photo Credit: Photo for The Washington Post by Min Joo Kim

Although concerns about spy cams and illicit filming are far from new in South Korea, the problem appears to be growing. The number of suspected perpetrators identified by the police rose from 1,354 in 2011 to 5,363 in 2017; more than 95 percent were men.

Police say that the wider availability of smartphones, as well as the rise of social media, contributed to this increase. Indeed, despite the focus on hidden cameras, 90 percent of the crimes involved filming with regular smartphones, statistics show.

Police identified over 26,000 victims of illicit filming between 2012 and 2016 and over 80 percent were female. But many never find out they are victims: the real number "would be 10 times higher than the police figure" if the full extent were known, said Oh Yoon-sung, a criminology professor at Soonchunhyang University.

The controversy even reached North Korea. "What is wrong with South Korean men?" one North Korean official asked visiting journalists this month, according to local media.

There are signs of concern at the top. In May, South Korean President Moon Jae-in lamented that spy cams had become a "a part of daily life" and called for tougher punishments for those caught.

Some women have taken action into their own hands. A small group uploaded videos apparently filmed in men's changing rooms - a revenge that upended the gender dynamics of a largely male-perpetrated crime.

But much of the battle falls on authorities. Police officials say that over the past year they have undertaken a variety of new initiatives, from scouring the web to find illicitly recorded videos to keeping better tabs on sales of camera hardware. But inspections of public areas may be the most high-profile of the measures on offer - whether cameras are found or not.

A police officer uses a detector to search for hidden cameras at a public pool
Photo Credit: Photo for The Washington Post by Min Joo Kim

The team in South Gyeongsang has inspected all sorts of places: beaches, swimming pools, hotels, music venues, shopping centres and offices. Nowhere seemed to be off-limits. "Hospitals will ask us to do inspections," said Lee, the police officer.

Last month, the province's police force received about $267,000 (roughly Rs. 1.8 crores) to focus on the problem, according to local police official Chae Kyoung-deok.

Much of the work is educational, Chae said. At a police-run facility, visitors are shown objects that contain a hidden camera: a baseball hat, a belt, a watch, a lighter, a USB stick, a necktie, a set of car keys. A sign warns that a man could install a camera in his shoe. There are even two hidden cameras in the room. Visitors are asked to spot them.

On a recent Monday morning in suburban Seoul, police stood at the entrance to a public pool, handing out small stickers that placed a red circle around a phone's camera lens.

The idea was to remind people that surreptitious filming is a serious crime, said Kim Kyoung-woon, head of public relations for the Gyeonggi police. He explained that the word "spy cam" had playful connotations in South Korea - the phrase "molka" comes from a popular 1990s television show that featured hidden-camera pranks - so some don't realise how devastating it is for victims.

Some doubt these tactics have their merits. Kim Young-mi, a spokeswoman at the Korea Women Lawyers Association, which researches the issue for legislators, said that inspections have had little impact.

Instead, Kim said, there should be harsher punishments for those caught. Violators face up to five years in prison or a fine of up to nearly $9,000 (roughly Rs. 6.2 lakhs), but police statistics from the past five years showed that only 5.3 percent of those indicted on illegal filming charges went to prison, Kim added.

The sweeps seemed to reassure some people. Musician Hong Ah-reum, 25, who was visiting the pool in Gyeonggi, admitted she had been concerned about spy cams. "Maybe this will give me some reassurance," she said.

In South Gyeongsang, some felt similarly. "We didn't find anything today," student Park Jeong-yeon, 16, who took part in the inspection, said. "It made me a little less concerned."

Housewife Lee Jung-hee, 60, who had also accompanied the inspection, said she was happy with their unsuccessful hunt for cameras. But her involvement wasn't necessarily a reflection of progressive views: When asked what more South Korea could do to change its attitudes, she took aim not at men but their female victims.

"I think that young women should dress more modestly and take more care about their own body," she said with a laugh. "That would lead to less sexual assault."

Amid awkward laughter around the table, the police official Chae sighed: "If a man said this, it'd be a huge controversy."