Fujifilm GFX 50S II is the most affordable medium format camera from the company. It is expected to be available in late October. 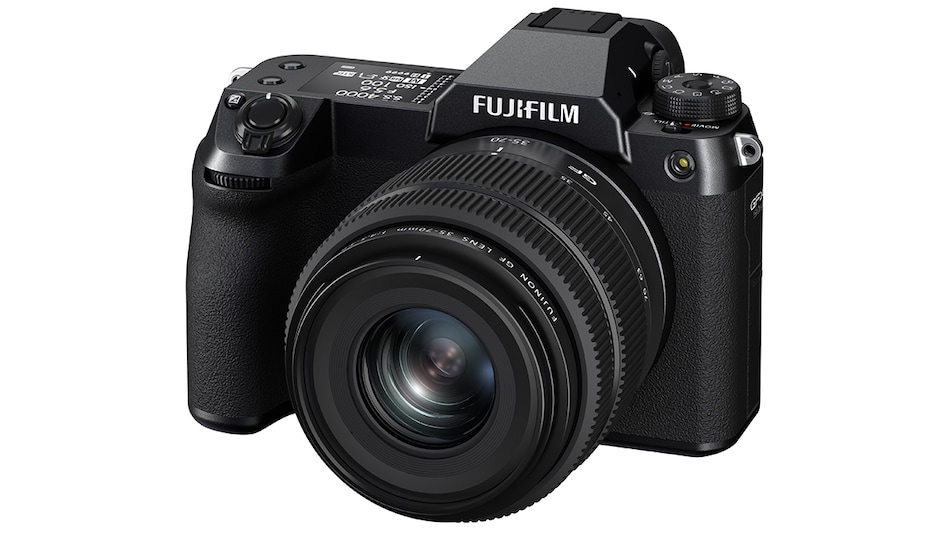 Fujifilm has announced the GFX 50S II medium format camera as the latest addition to its GFX range of mirrorless digital cameras. Fujifilm GFX 50S II is equipped with a 51.4-megapixel large format sensor with image-resolving power that is claimed to capture more detail and sharpness. In addition, the GFX 50S II features a five-axis image stabilisation mechanism that provides up to 6.5 stops of vibration reduction. The company has also refreshed its X-T30 digital camera with the launch of the X-T30 II. This features a 26.4-megapixel X-Trans CMOS sensor with more memory than its predecessor and an improved LCD with 1.68 million dots of resolution. Fujifilm has introduced a series of new lenses as well.

The new Fujifilm GFX 50S II is priced at $3,999 (roughly Rs. 2,92,000) for the body only. It is the most affordable medium format digital camera from the company. It is expected to be available in late October. The new Fujifilm camera has a 51.4-megapixel large format sensor, which is claimed to use a specialised design that maximises light resolution per pixel and improves image sharpness.

As for the Fujifilm X-T30 II, the successor to the popular X-T30, it brings along additional memory for improved performance. The X-T30 II features a high-resolution 1.62 million dots LCD monitor on the rear panel, an upgrade from the previous model. It uses the same 26.4-megapixel X-Trans CMOS sensor but will have the latest firmware and film simulations. The camera is capable of shooting smooth 4K/30p video. It is priced at $899 (roughly Rs. 65,500) for the body only and will be available from late September.

At the summit, Fujifilm also introduced new interchangeable GF35-70mm f/4.5-5.6 WR lens for the Fujifilm GFX system of large-format cameras. GF35-70mm is a compact and lightweight zoom lens, weighing approximately 390 grams. It consists of 11 elements, including one aspherical element and two extra-low dispersion (ED) elements, in nine groups. The lens is weather-resistant at nine locations, and can be used with weather-resistant GFX system cameras in temperatures as low as -10 degrees Celsius. GF35-70mm is currently expected to be available in late November at a price of $999.95 (roughly Rs. 73,000).

Lastly, the XF23mm f/1.4 R LM WR also has a durable weather-resistant design and offers a popular and highly versatile focal length of 23mm (equivalent to 35mm in the 35mm film format), with a minimal working distance of 19cm and a maximum magnification of 0.2x. It is approximately 375 grams and measures approximately 3-inches long, with a filter thread size of 58mm. The XF23mm f/1.4 R LM WR is expected to be available in late November at a price of $899 (roughly Rs. 65,500).