Roblox will serve as a testing ground for Walmart as it considers moves in the metaverse and beyond. 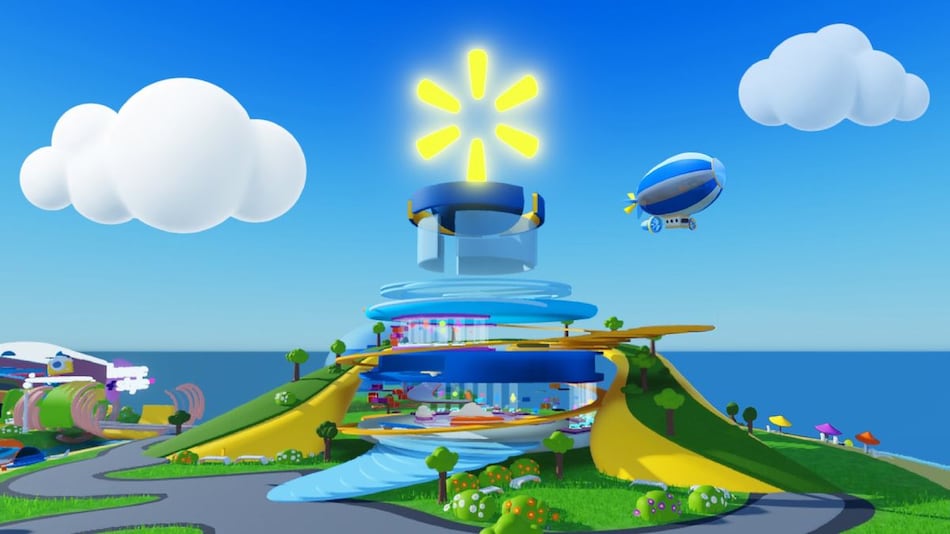 Walmart, the multinational retail giant, has launched two new experiences on the metaverse platform Roblox that targets a younger audience. Within Roblox, there are now two new spaces dubbed Walmart Land and Walmart's Universe of Play, both of which offer unique interactive content and entertainment. The activation makes Walmart the biggest retail brand to venture onto Roblox, which has become popular as a place for brands to reach younger audiences at a time when the pandemic has transformed consumers' online habits.

Walmart's Chief Marketing Officer William White said, "We're showing up in a big way – creating community, content, entertainment and games through the launch of Walmart Land and Walmart's Universe of Play. Roblox is one of the fastest growing and largest platforms in the metaverse, and we know our customers are spending loads of time there."

Walmart Land is our new world on #ROBLOX with fun & games for all. From film to fashion — whatever you're into, let's have some fun with it. Come for the inspo, stay for the verch & live performances.

"So, we're focusing on creating new and innovative experiences that excite them, something we're already doing in the communities where they live, and now, the virtual worlds where they play," White added.

The first experience, Walmart Land, aims to embrace everything that concerns fashion and style. According to Walmart, it will feature a variety of immersive experiences, including Electric Island, House of Style, and Electric Fest. They will bring the best fashion, style, beauty, and entertainment items. For example, with Electric Island, you can play Netflix Trivia hosted by Noah Schnapp, attend live concerts with popular performers, compete in the Dance Off challenge, and even make beats in the DJ Booth Remix game. With House of Style, you can win fashion competitions.

Walmart's newfound presence on the platform is largely for experimental purposes at this point. While the lands will include a virtual merchandise store that aligns with Walmart's real-life inventory, the shop will only accept tokens earned through the various games.

The company also plans to hold its first virtual concert on the platform next month with Electric Fest, a stop-motion performance featuring popular artists like Madison Beer, Kane Brown and Yungblud. Walmart also collaborated with media properties and brands like Jurassic World, Paw Patrol, Magic Mixies and Razor Scooters to stock characters and items in its games.

Walmart had reportedly filed for metaverse-related trademarks in January this year. Some of the trademarks indicated an interest in making or selling virtual goods and offering users virtual currency, as well as non-fungible tokens or NFTs, suggesting that the company is "connecting the dots between the virtual and physical worlds."

While it is not clear how Walmart will make money from its immersive experiences, for now, gamers can earn tokens and other rewards to put toward virtual merchandise on Roblox.