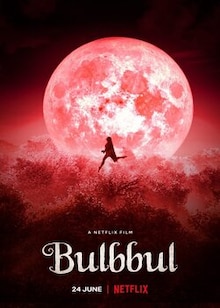 Bulbbul is a supernatural thriller set in a small village in the Bengal presidency. Alien to the gravity of marriage and relationships, a young Bulbbul (Ruchi Mahajan) — married at age five to Indranil (Rahul Bose) aka bado thakur (elder lord) — makes a friend in Indranil’s younger brother of her age Satya (Varun Buddhadev). The latter is soon sent to London for higher studies. Cut to two decades later, Satya (Avinash Tiwary) returns to the village to find Bulbbul (Tripti Dimri) grown into an enigmatic woman. Meanwhile, a few men have supposedly been murdered by a chudail (demon woman) in the village. 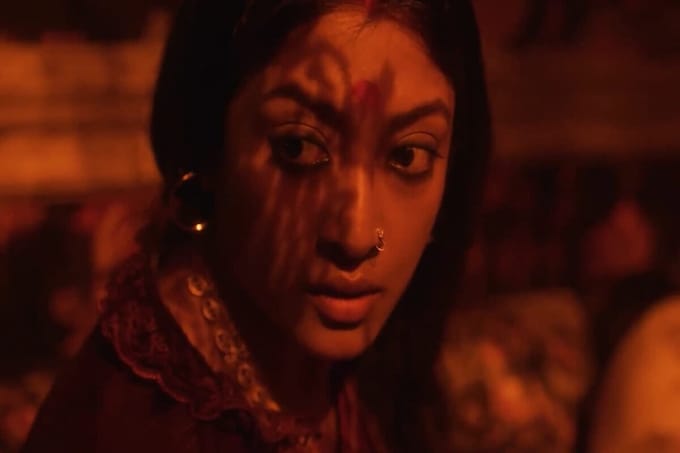 Bulbbul, the latest Indian original from Netflix, is a disaster. In a smarter film, its title character — Mrs. Bulbbul Chaudhary (Tripti Dimri, from Laila Majnu) — would have made a fascinating villain. For most of Bulbbul, she's adorned in the most exquisite sarees and jewellery. Whenever she's sitting idle, which is nearly always, as the lady of the house, Bulbbul fans herself with peacock feathers. And she makes no attempt to hide her true feelings, smiling ear-to-ear or heartily laughing at the predicament of others. Unfortunately, Bulbbul is stuck in a drab, inert, and ridiculous film, the kind whose plot you can entirely predict after watching the first few minutes. It's only the film's characters — except for Bulbbul — who fail to see otherwise, to the point where it all feels like a giant prank, as if they are merely pretending to act oblivious.