The K-Pop supergroup's online concert was livestreamed from Seoul this weekend. 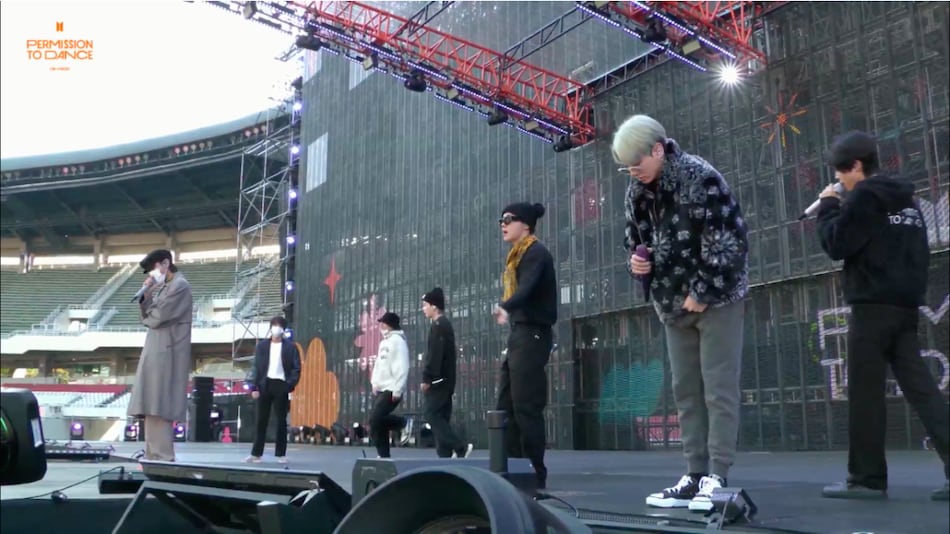 Korean musical sensation BTS held a virtual concert this weekend with live streaming event that viewers around the world could join in. This includes a huge fanbase in countries like India, which does not normally get to be a part of Korean pop-culture except through second-hand experiences. While the pandemic shut down much of the world, for some fans, it has opened up opportunities like never before thanks to the Internet.

The event began with something many fans would not have experienced — a live soundcheck. For offline concerts, tickets for soundchecks are limited, and not easy to secure. It was thus a first for many to get an up-close experience with the artists.

"I could have never imagined managing to get a BTS (offline) concert ticket, let alone the soundcheck access. But the way BTS and other artists around the world are interacting with fans during this unexampled time is so wholesome. The sound check might be a once in a lifetime experience," says Ravneet Sandhu, a Korean language student, and French language teacher at Alliance Française, Chandigarh.

The online concert offered 4K streaming with six multi angle-view windows, and HYBE (BTS' managing agency), added more virtual experiences too, such as a waiting room to meet the fans, where the band members could talk to them directly.

“It's disappointing that we have to do this online, but you can still watch us from your monitors. We will do our best so that you can enjoy the best,” BTS' main vocalist Jungkook left a message (translated from Korean) in the waiting room chat.

“These little add-ons of course add to the overall experience and make us feel more connected with the artists,” says Tanzzila Sheikh, a Korean language translator in New Delhi who has been a BTS fan since their debut.

Online concerts also don't have capacity limits — HYBE earlier reported that the ‘Map of the Soul ON:E' online concert in 2020 was watched by a total of 993,000 people across 191 countries. Later, ‘Bang Bang Con' in April 2021 attracted 2.7 million viewers.

This time too, there were first time viewers who could experience live K-pop because of the online offering. “I occasionally listen to their songs and never thought of attending a concert. But since it's online, why not,” said Shruti Bakshi, a student in New Delhi.

The concert set list also came with a lot of firsts. There were no solo performances this time and even unit performances had all seven members participate. “It was our first try; we wanted to show all seven of us without any solo acts,” BTS member V said during his ending ment (what K-Pop fans call the chats the performers have with the audience, often between songs).

The set list also represented every BTS era, and was a mix of nostalgic, iconic and fun numbers. The group gave a new twist to their English single 'Butter' by adding a special dance break, and sang their hits 'Life Goes On', 'Boy with Luv,' and 'Dynamite' with live band this time. There was a short medley of ‘Blood Sweat & Tears' and ‘Fake Love' and 'Black Swan' with completely new choreography.

They also performed songs like ‘Dis-ease', ‘Telepathy', and ‘Stay', which strongly resonated with people since these numbers express the shared feeling of uncertainty during the pandemic.

“I was looking at the empty seats while singing ‘Spring Day'. It's so sad; I got teary-eyed. But we are all in this together,” Jungkook said. “Just like the lyrics of ‘Spring Day', wait for us a little longer, we will come to meet you soon. Thank you for always loving and supporting us,” member J-Hope added.

The concert came to an end with their English single 'Permission to Dance' after which it was revealed that the ‘BTS Permission To Dance On Stage – LA' in-person (offline) concert in USA will also be live streamed.

The concert at SoFi Stadium, LA in November and December this year, will be the first time for BTS and ARMY to meet face to face since the 2019 BTS World Tour Love Yourself: Speak Yourself The Final.

“Starting from the US tour, we'll try our best to come to you and perform more and more,” BTS member Jin said during his ending ment.

Dogecoin Has More Crypto Holders Than Bitcoin or Ether in the US: Study
iQoo 8 and iQoo 8 Legend Tipped to Launch in India Soon