Money Heist Season 5 Volume 2 will wrap up the Spanish series for good. 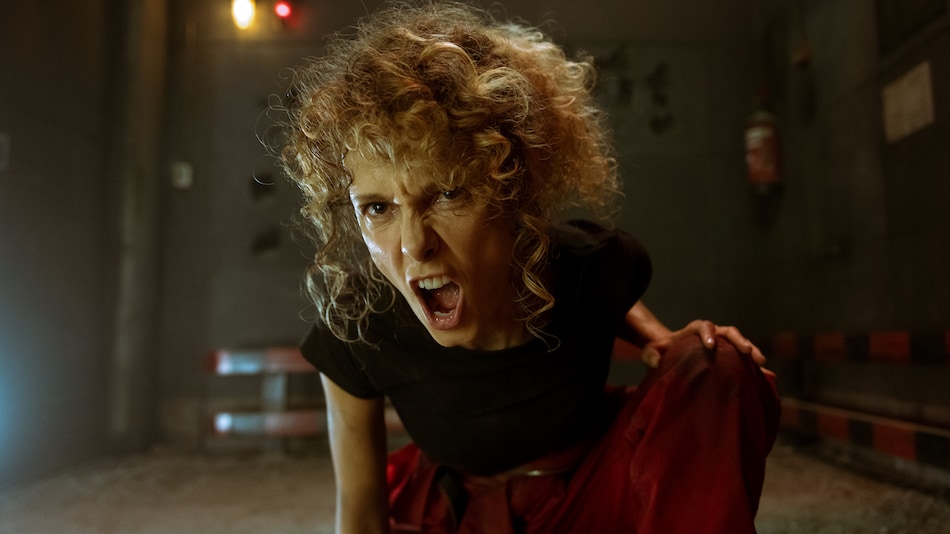 Money Heist Season 5 Volume 2 is releasing on Netflix this week. The first volume was released back in September and Season 5 Volume 2 will be the final episodes of the Spanish heist crime drama television series. Money Heist — known in Spanish as La casa de papel, translated as The House of Paper — has received several awards including the International Emmy Award for Best Drama Series three years ago. The heist series has also received critical acclaim for its plot, interpersonal dramas, and direction.

Money Heist, The Witcher, Lost in Space, and More on Netflix in December

The series director Jesús Colmenar mentioned that the volume 2 of the season finale will be more emotional. “I think it has a different pace, it's not such a warlike confrontation, but it's a series that is always in crescendo until the end, until the last episode, and I will say it's a very special one and different to what we've done until now,” he said.

Almost all of the Netflix originals premiere on Netflix at midnight Pacific Time with respect to Netflix HQ.

Going by that logic, Money Heist season 5 Volume 2 will release at 1:30pm IST on Friday, December 3, though this has not been officially stated.

The main cast members on Money Heist who returned for season 5 included Úrsula Corberó as Tokyo/ Silene Oliveira, a runaway turned robber who is scouted by the Professor, Álvaro Morte as The Professor/ Sergio Marquina, the mastermind of the heist who assembled the group, and Itziar Ituño as Lisbon/ Raquel Murillo, an inspector of the National Police Corps who is put in charge of the case until she joins the group. Pedro Alonso returns to play Berlin, a terminally ill jewel thief, who is the Professor's second-in-command and brother, and Fernando Cayo as Coronel Tamayo, who works to stop the robbery of the Bank of Spain.

Miguel Herrán returns to play Rio/ Aníbal Cortés, a young hacker who later becomes Tokyo's boyfriend, Jaime Lorente plays Ricardo/ Denver, Moscow's son who joins him in the heist, and Esther Acebo plays Stockholm/ Mónica Gaztambide, who is one of the hostages and is Arturo Román's secretary and mistress.

From Spider-Man: No Way Home to Money Heist, What to Watch in December

Najwa Nimri plays Alicia Sierra, a pregnant inspector of the National Police Corps, Belén Cuesta essays the role of Manila who helps the Professor in his plan, and Enrique Arce appears as Arturo Román, a hostage and the former Director of the Royal Mint of Spain.

Darko Peric plays the role of Helsinki who is a veteran Serbian soldier, Luka Peros plays Marseille, a gang member who joins the robbery of the Bank of Spain, and José Manuel Poga plays Gandía, chief of security for the Bank of Spain who escapes from hostage and causes havoc for the whole group.

Money Heist's director Colmenar conceptualised the series along with show creator Álex Pina around 2008. The long-term collaborators set up their own production company, Vancouver Media, and Money Heist became their first joint project under the banner.

Pina and Colmenar also serve as the executive producers of the series along with Sonia Martínez, Esther Martínez Lobato, and Nacho Manubens. The series is produced by Atresmedia and Vancouver Media and is distributed by Netflix.

During the Netflix TUDUM event in late September, Morte gave the audience a first look at the final five episodes of Money Heist Season 5.

Then in mid-October, Netflix unveiled a 25-second teaser trailer for the final five episodes of the crime drama series. “In the last few hours, I've lost people very dear to me. And I won't let anyone else fall because of this heist,” we hear The Professor say at the start of the series' season 5 Volume 2 teaser trailer.

In early November, Netflix released the full-length official trailer for Money Heist Season 5 Volume 2. The audience see The Professor who is haunted by his actions and their fallout, while his heist team and the special forces prepare for all-out war inside the Royal Mint of Spain.

Here's the official synopsis for Money Heist season 5 from Netflix:

There's no word on early access for critics regarding Money Heist season 5 Volume 2. Hence, reviews will only be available after Volume 2 premieres Friday, December 3 at 1:30pm IST.

For what it's worth, Money Heist season 5 Volume 1 gathered a 83 percent score on reviews aggregator Rotten Tomatoes based on six critics ratings.

Will there be more Money Heist?

During a fan event hosted by Netflix on Tuesday in Madrid, Pedro Alonso (Berlin) announced that the universe created by showrunner Pina will be back, with the plot revolving around the story of Berlin's origin. The Berlin spin-off is scheduled to arrive on Netflix in 2023.

“It is a memorable moment because it is the end of one cycle and the beginning of another,” Alonso said at the fan event. “Today I was talking to Jesús Colmenar and we were saying that now we walk into the unknown, open to whatever happens and without expectations.”

Here is the official poster of Money Heist season 5 Volume 2 from Netflix: