Maid meanwhile is on track to beat The Queen’s Gambit, the miniseries record holder. 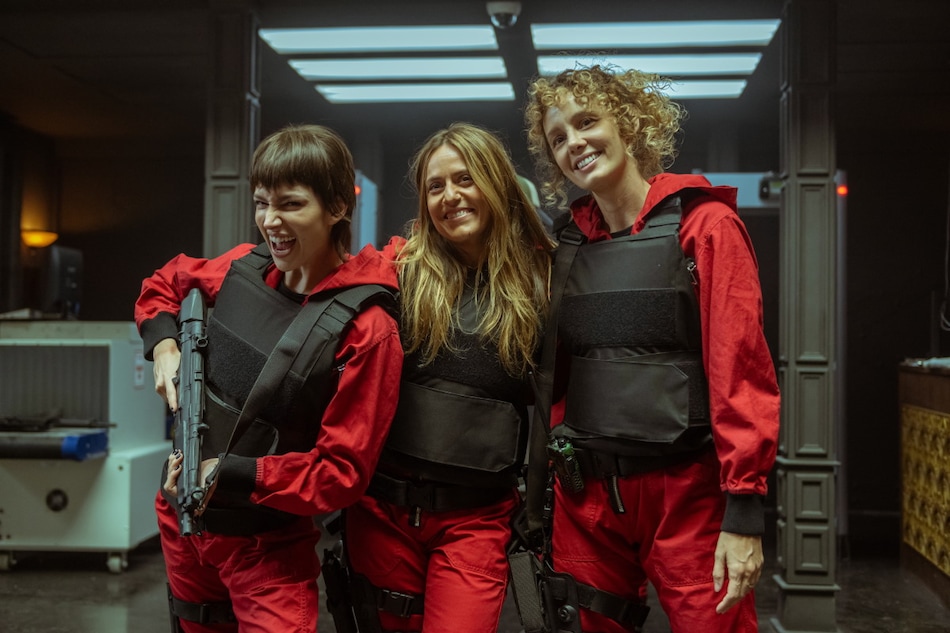 Money Heist season 5 — it premiered September 3 on Netflix — has delivered the hit Spanish series' best run yet, Netflix announced in its quarterly letter to shareholders on Tuesday. Netflix revealed that La Casa de Papel Part 5, as the show is known to Spanish-language viewers, was watched by 69 million Netflix households in the first four weeks after the season's release. That puts it over Money Heist season 4, which was viewed by over 65 million Netflix households in the same time period after premiere. Money Heist's fifth and final season concludes with “Volume 2” due in December.

This will be the last time that we will see a household metric though, because Netflix is set to change how it reports its numbers going forward.

In its October letter to shareholders [PDF], Netflix also announced that the Margaret Qualley-led miniseries Maid was set to break The Queen's Gambit records. Having premiered October 1, Maid is on track to having been seen by 67 million Netflix members in the first 28 days after its release, the streaming service said. This is partly a factor of Netflix's continuous total subscriber growth. When The Queen's Gambit released this time last year, Netflix had more than 195 million members. Now, it's close to 214 million paid subscribers globally.

Another major series for Netflix in this past quarter was Sex Education season 3 — it was viewed by 55 million Netflix member households in the first four weeks. Over on the movie side of things, the Jason Momoa-led Sweet Girl led the way with 68 million viewers in the first 28 days, followed by Kissing Booth 3 at 59 million, German-language action horror Blood Red Sky at 53 million, and animated family movie Vivo at 46 million.

Of course, all these numbers pale in comparison to Netflix's biggest hit of not just this quarter but all time: Squid Game. In its letter to shareholders, Netflix revealed an updated viewership figure for Squid Game. While previously Netflix had said that more than 111 million Netflix subscribers had tuned in to the Korean series, it announced Tuesday that in fact the number was even higher at 142 million. Netflix called it “mind-boggling.” That means two out of every three Netflix member households have seen Squid Game.

Unfortunately, this is also the end of Netflix reporting viewership figures in this manner. Starting later in 2021, Netflix will move to total hours viewed — we got a taste of this last month. Netflix believes “engagement as measured by hours viewed is a slightly better indicator of the overall success of our titles and member satisfaction. It also matches how outside services measure TV viewing and gives proper credit to rewatching.” Though there's some validity in that, the total hours metric does mask how many subscribers watched a show.

For what it's worth, Netflix says that it will release numbers “more regularly” outside of its quarterly earnings reports, though it didn't lay down a frequency or anything.