Pedro Alonso will return as Berlin in what will be an origin story for The Professor’s elder brother. 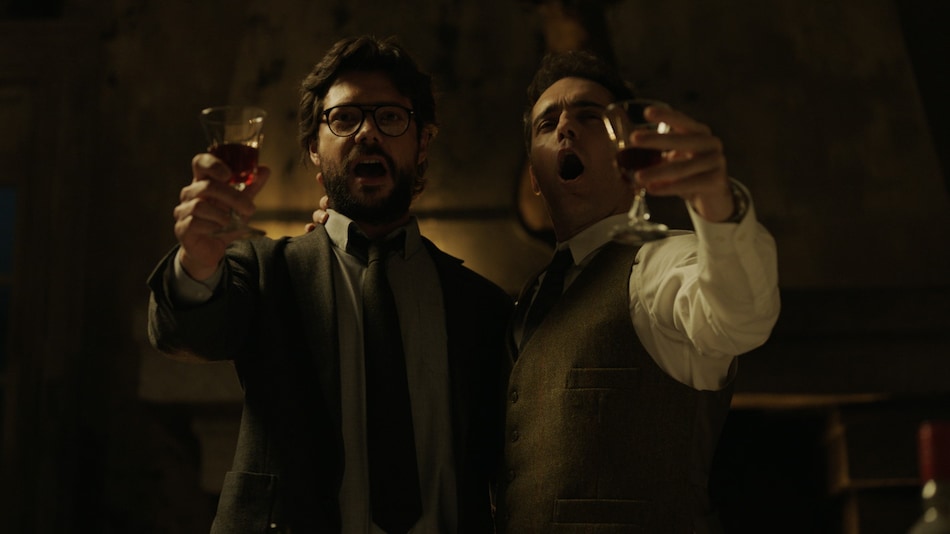 Álvaro Morte as The Professor, Pedro Alonso as Berlin in Money Heist

Money Heist is ending this week — season 5 “Volume 2” is out Friday on Netflix — but the Money Heist universe will go on. At a fan event on Tuesday at the Palacio Vistalegre in Madrid, Money Heist star Pedro Alonso announced a spin-off origin series centred on his character Berlin/ Andrés de Fonollosa, the second-in-command of the heist and older brother to The Professor/ Sergio Marquina (Álvaro Morte). The Money Heist Berlin spin-off TV show will release in 2023 on Netflix. Money Heist creator Álex Pina will be involved, as will his frequent collaborators Javier Gómez Santander and Juan Savador López.

“It is a memorable moment because it is the end of one cycle and the beginning of another,” Alonso said at the Money Heist fan event on Tuesday in Madrid. “Today I was talking to Jesús Colmenar and we were saying that now we walk into the unknown, open to whatever happens and without expectations. […] I know that [the Money Heist writers] will give the series every possible twist and turn. The responsibility [of spinning off such a popular series] can be a burden and a prison. I hope we continue to have the courage to use this wonderful energy to risk everything again.”

This heist might come to an end... But the story continues... Berlin 2023, only on Netflix.#LCDP5 #MoneyHeist pic.twitter.com/lANhx8Ayv4

This is good news for Money Heist fans as it will give them not only more from the universe, but also an origin story for a character who died relatively early into the Spanish series' five-season run — Berlin was terminally ill from the start. That said, it will be interesting to see how the Money Heist Berlin spin-off series tackles the character. Berlin was a racist, misogynistic, deplorable, and a psychopathic character, as both Alonso and Pina attested to in the Netflix documentary Money Heist: The Phenomenon. In one pivotal Money Heist scene, Berlin even forced himself on a female hostage, as Variety notes.

Money Heist season 5 “Volume 2” drops Friday, December 3. The as-yet untitled Money Heist Berlin spin-off series will follow in 2023 on Netflix. It's the first and only Money Heist spin-off that's been announced so far.