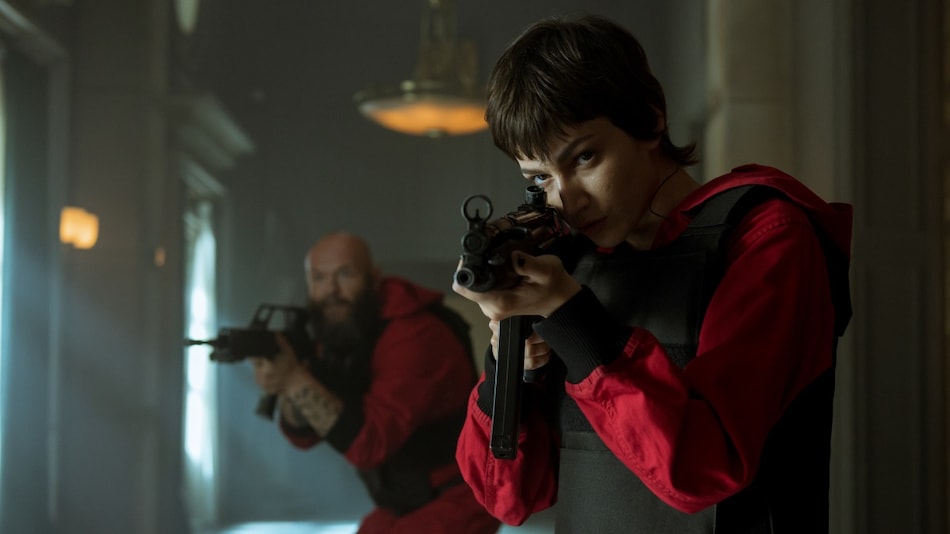 Netflix has two originals from India on offer in the month of April: Hasmukh, a dark comedy series that blends Dexter and Fargo from creator, writer, and star Vir Das, possibly releasing April 10; and a new stand-up special from Kanan Gill — best known for the YouTube series, Pretentious Movie Reviews — called Yours Sincerely, Kanan Gill, slated for April 24. If you're looking for more originals with Indians, you should also check out Never Have I Ever, in which Mindy Kaling depicts her own experience growing up as an Indian-American. Never Have I Ever arrives April 27.

If you're looking beyond India, April will give you a bunch of Netflix originals from across the world. Spanish heist crime drama Money Heist returns on April 3 for its fourth season. On April 10, Alan Yang, Master of None's Taiwanese co-creator, makes his feature film directorial debut with the immigrant tale, Tigertail. Less than a week later on April 16, we get the third season of the Israeli political thriller, Fauda. Then, the next day on April 17, Wagner Moura (Narcos' Pablo Escobar) and Ana de Armas (Knives Out) star in Sergio, a biopic of Brazil's UN diplomat Sérgio Vieira de Mello.

April 17 is also the day we'll get a new sitcom from Black-ish creator Kenya Barris, as part of his new deal with Netflix. It's called #blackAF, and it also stars Rashida Jones. A week later on April 24, Ricky Gervais' middling black comedy-drama After Life is back with its second season. Speaking of big names and also on April 24, Chris Hemsworth stars alongside Randeep Hooda, Pankaj Tripathi, David Harbour, and Golshifteh Farahani in the action thriller Extraction, produced by Avengers: Endgame directors Joe and Anthony Russo, and directed by Endgame stunt coordinator Sam Hargrave.

Lastly, April also brings the third and final volume of the Studio Ghibli collection, thanks to a global deal announced back in January. Seven titles — from 1995's Whisper of the Heart to 2014's When Marnie Was There — will drop at the start of the month on April 1. With that, here are our seven picks for April 2020 that you should watch out for, and the full list of movies and TV shows coming to Netflix India after that.

Based on Mindy Kaling's own childhood, a coming-of-age comedy about Devi Vishwakumar (Maitreyi Ramakrishnan), who wants to be offered alcohol and hard drugs just so she can politely decline. Tennis legend John McEnroe narrates. Why? Because he's the idol of Devi's dead father. Fun fact: Kaling went through 15,000 auditions to pick Ramakrishnan, a 17-year-old Canadian who makes her debut.

As the co-creator of Master of None and an executive producer on Little America, Emmy-winner Alan Yang is no stranger to depicting the lives of immigrants. And now, Yang goes solo as both writer and director on this multi-generational tale, which follows a Taiwanese factory worker as he reflects on the love he lost back home and his long journey as reconnects with his estranged daughter.

After a witch curses an unconfident young woman called Sophie with an old body owing to her growing friendship with a flamboyant wizard called Howl, she attempts to discover a cure while she takes shelter in the boy's large home that can move itself, and is caught in Howl's resistance against a warring kingdom. Written and directed by the great Hayao Miyazaki.

14-year-old Shizuku, a bookworm who dreams of becoming a writer, discovers that all the library books she reads have also been read by one Seiji, a mysterious boy who is intent on pursuing his love for violin-making in Italy. Inspired by Seiji's drive and an antique item that catches her eye, Shizuku begins to pen her own story. Written by Miyazaki and directed by his protégé Yoshifumi Kondo.

In this true story what was to be Miyazaki's final film before he reversed his retirement, a young boy called Jiro Horikoshi's dreams of being a pilot are shattered because he wears spectacles, and instead ends up pursuing airplane design. Horikoshi would go on to design Japanese fighter jets for World War II, including two famous Mistubishis. Written and directed by Miyazaki.

Leonardo DiCaprio and Matt Damon star as an undercover cop and a mole in the Boston police, respectively, who have been tasked with identifying each other by their respective overlords. Martin Scorsese directs what is a remake of the 2002 Hong Kongese original called Infernal Affairs. Jack Nicholson, Mark Wahlberg, and Martin Sheen also star.

After a tiny mistake gives them away, an Iraq War veteran (Ben Foster) suffering from post-traumatic stress disorder and his 13-year-old daughter (Thomasin McKenzie) are forced back into the real world, having spent years living off the grid in the remote forests of Portland, Oregon, USA. Based on Peter Rock's novel “My Abandonment”, one of the best-reviewed films of its release year.

Here's the full list of all the new content coming to Netflix India in April 2020. We've marked Netflix Original titles in bold for your convenience.

April 10
Babe
Blue Crush
Brews Brothers: Season 1
Bring It On: Fight to the Finish
Bring It On: In It to Win It
Death Race
EDtv
Elizabeth
Get Him to the Greek
Hasmukh: Season 1 (expected)
Jaws 2
Jaws 3
LA Originals
The Land Before Time
Life
Love Wedding Repeat
The Main Event
The Mummy
The Mummy Returns
The Mummy: Tomb of the Dragon Emperor
Out of Africa
Safe House
The Scorpion King
School Life [La vie scolaire]
Sixteen Candles
Smokey and the Bandit
Tigertail

April 23
The House of Flowers: Season 3
The Underclass: Season 1, weekly

New Study Gives a Clue About How Long Coronavirus Can Live on a Smartphone
Microsoft Office 365 Gets Replaced With Microsoft 365, Coming on April 21