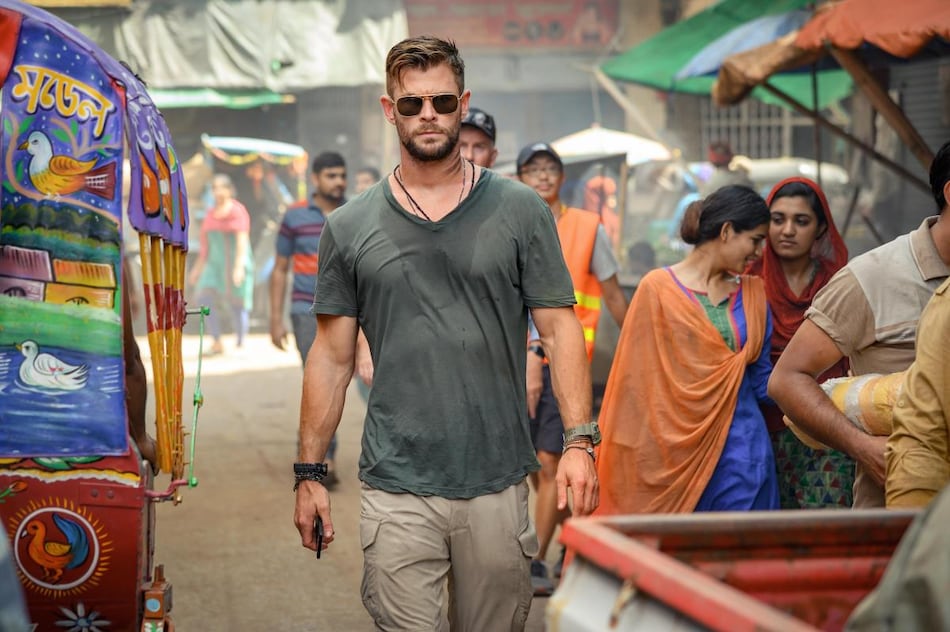 Formerly titled Dhaka — it's set in the Bangladeshi capital — Extraction filmed in Ahmedabad and Mumbai in India in late 2018, before jumping to Ban Pong and Ratchaburi in Thailand. Set in an underworld of weapons dealers and traffickers, Extraction follows a mercenary for hire called Tyler Rake, played by Hemsworth, whose next job involves rescuing the kidnapped young son, played by Jaiswal, of a Bangladeshi businessman and crime lord. The son becomes a pawn in a war between notorious drug lords inside one of the world's most impenetrable cities, Dhaka.

Hemsworth is also a producer on Extraction alongside the Russo brothers, Mike Larocca, Eric Gitter, and Peter Schwerin. Extraction is a production of AGBO Films and TGIM Films.

For the Russo brothers, Extraction will be the fourth release at AGBO, after the short-lived Syfy series Deadly Class, the Netflix miniseries Larry Charles' Dangerous World Of Comedy, and the Chadwick Boseman-starrer film 21 Bridges. Upcoming projects include the Tom Holland-starrer film Cherry, the Michelle Yeoh-starrer sci-fi Everything Everywhere All at Once, the Hemsworth-starrer buddy cop comedy Down Under Cover, the Mosul, Iraq-based drama City of a Million Soldiers, and the Marvel vs DC docu-series Slugfest.

Here's the official description for Extraction, via Netflix:

“Tyler Rake (Chris Hemsworth) is a fearless black-market mercenary with nothing left to lose when his skills are solicited to rescue the kidnapped son of an imprisoned international crime lord. But in the murky underworld of weapons dealers and drug traffickers, an already deadly mission approaches the impossible, forever altering the lives of Rake and the boy.”

Extraction releases April 24 on Netflix in India and across the world.

Editor's Note: This report has been updated to remove Manoj Bajpayee's name from the cast list. Bajpayee was earlier said to be associated with the film, but is no longer part of the project, Netflix said in a statement to Gadgets 360.