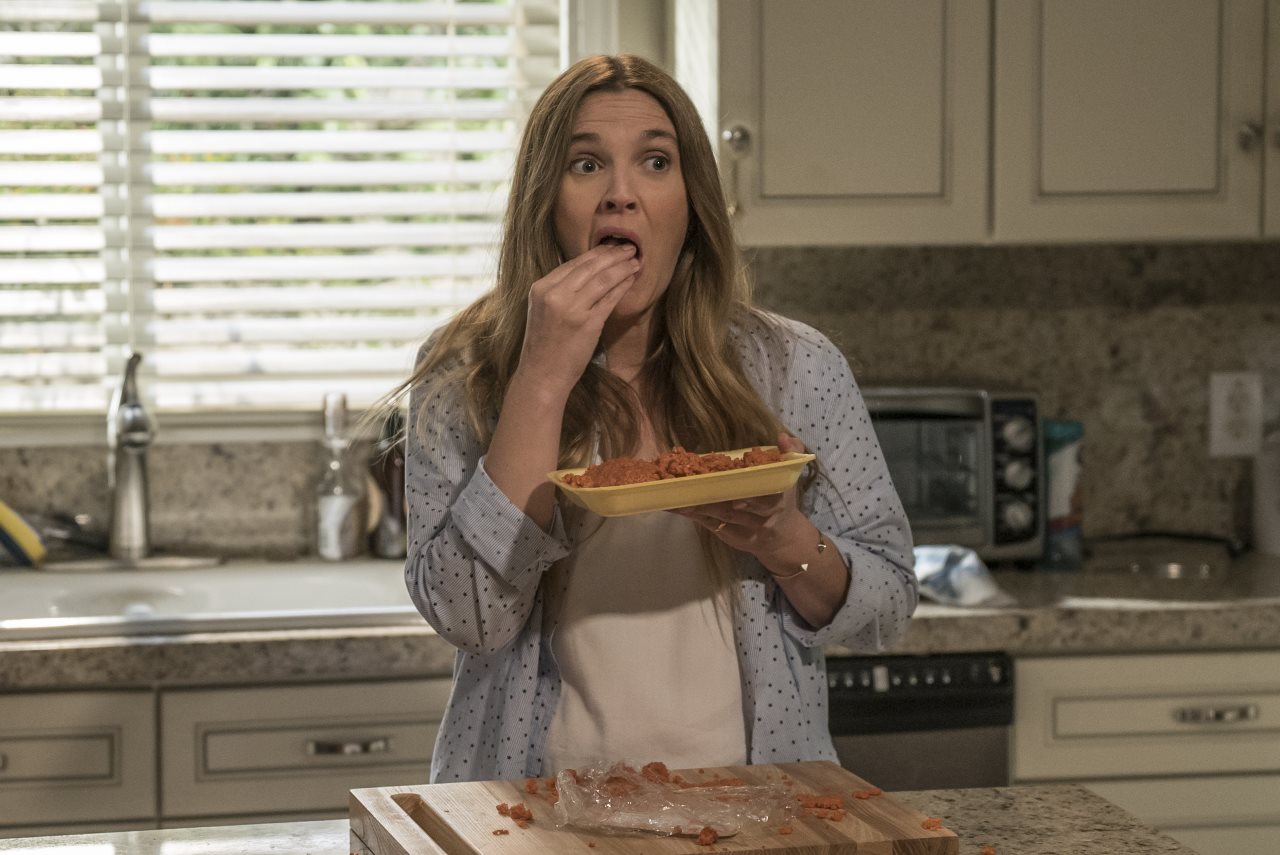 Rogue One is still playing in theatres around the world, and Star Wars: The Last Jedi won’t arrive for another 10 months. But these tentpole fixtures take time to make, which is why filming has begun on the next standalone film in the Star Wars universe – the untitled Han Solo spin-off. Chris Miller, one half of the directing duo behind The Lego Movie, and 22 Jump Street, tweeted with a clapperboard image and a clever bit of text that read: “Han First Shot”, a reference to the start of filming, and the long debate that has raged within the fandom.

On the same day, Marvel announced that it has found the two leads for its Cloak and Dagger television series, in Aubrey Joseph and Olivia Holt, respectively. The show is about two teenagers drawn to each other by their powers that work better when together. It will be the first Marvel show on Disney-owned Freeform network, expected to air in 2018.

Over in the DC Comics’ world, Ben Affleck revealed that he had decided to step away from the role of director for the standalone Batman movie, saying he couldn’t do both directing and acting to “the level they require”. With Warner Bros. on the look for a new director, the film should get pushed from its tentative 2018 release.

Also this week, we learnt that Denis Villeneuve – director on Arrival, and Blade Runner 2049 – had been tapped by Legendary Pictures to helm the reboot of Frank Herbert’s Dune. There’s no word on which of the 19 novels will be used as the basis of adaptation, or when it’ll release.

There was Marvel Television news on Thursday, with the studio announcing it had the found the six teenage leads for Marvel’s Runaways. Rhenzy Feliz will play Alex Wilder, Lyrica Okano will be Nico Minoru, Virginia Gardner is Karolina Dean, Ariela Barer as Gert Yorkes, Gregg Sulkin will be Chase Stein, and Allegra Acosta will play Molly Hernandez. Josh Schwartz and Stephanie Savage serve as the showrunners, and the show will air on Hulu.

That’s all the entertainment news for this week. Welcome back to The Weekend Chill, a collection of the best things from this week for you to watch, play, or listen to. Here are the picks for this week:

TV:
Santa Clarita Diet
In Netflix’s new half-hour comedy, Drew Barrymore and Timothy Olyphant play husband and wife realtors Sheila and Joel Hammond, living in the Los Angeles suburb of – you guessed it – Santa Clarita. They’ve got a teenage daughter in Abby, played by Liv Hewson. Their humdrum lives are upturned one fine day when Sheila becomes a zombie.

That means she needs to gorge on fresh human flesh, instead of regular food. And since her family members love her dearly, they assist her in finding people to kill for food, and then burying the human remains. It’s straight-up murder, what it is.

Victor Fresco serves as the showrunner, with Barrymore and Olyphant also in the role of executive producers. Santa Clarita Diet has received okay to good reviews from critics, who point out Barrymore’s performance and the witty writing as highlights. The first season is available Friday in its entirety, as is the case with Netflix shows.

The Expanse
Based on the book series written by James S. A. Corey – a combined pen name for writers Daniel Abraham and Ty Franck – The Expanse is a mystery sci-fi drama set two hundred years into the future, where humanity has managed to colonise the Solar System. Relations between the various planet-sized colonies have strained over time, leading to an uneasy peace between Earth, Mars and the asteroid belt in between.

That’s where our protagonist – police detective Josephus “Joe” Miller (Thomas Jane) – comes in. He is tasked to find a young woman, the daughter of a business tycoon. During his search, he meets up with a UN executive and the officer of an ice hauler, and soon realises that it’s part of a bigger conspiracy that puts all of human life at danger.

The Expanse didn’t start out great, but over the course of the first season, it managed to become a captivating watch borne out of its various real-world political allegories. The second season, which began earlier this week, picks up with an all-out war between Earth and Mars paramount.

How to access: Syfy, Amazon Video US, YouTube, or Microsoft Store
Time commitment: 10 hours (Season 1), plus a two-hour Season 2 premiere

The Grand Tour
After getting fired from his old job at BBC’s Top Gear for punching a producer, Jeremy Clarkson and his two fellow presenters – Richard Hammond and James May – returned with a new motoring show on Amazon in November – The Grand Tour.

Unlike their previous show, they have been touring the world for the show’s studio segments, going from the California desert in the first episode, followed by Johannesburg, Whitby in England, Rotterdam, Kakslauttanen in Finland, Stuttgart, Nashville in the US, and Loch Ness in Scotland. In between, they went to Namibia for a two-part special.

The series finale, available Friday on Amazon Prime Video, finds them in Dubai. The episode will feature Volkswagen Golf GTI (Clarkson) against BMW i3 (May); Hammond meanwhile will learn to drift, while May tries winching. Plus, there’s a drag race between Bugatti Veyron and Porsche 918 Spyder.

Movies:
Captain Phillips
Starring Tom Hanks as the titular merchant mariner Captain Richard Phillips, this Paul Greengrass (The Bourne Ultimatum) directed thriller looks at the true story of the 2009 Maersk Alabama hijacking, in which Somali pirates – led by Abduwali Muse, fantastically portrayed by Barkhad Abdi – took over the liner in a bid to demand ransom for the ship and crew from the insurance company.

Though their hopes of receiving a pay-out worth millions of dollars is stalled by the quick-thinking crew members, the pirates manage to take Phillips away at gunpoint, which kick starts an unsettling negotiation process. Hanks’ convincing display as a civilian doing his best in a terrible situation, and Greengrass’ light docu-drama touch made it a taut thriller that keeps you glued to your seat.

Captain Phillips was nominated for six Oscars in 2014, and Abdi won a BAFTA for Best Supporting Actor.

How to access: Netflix
Time commitment: 2 hours and 14 minutes

Queen of Katwe
Produced by Disney and ESPN Films, Queen of Katwe is the real story of a Ugandan girl named Phiona Mutesi, who escapes a life of poverty by playing chess. It stars David Oyelowo (Selma), Oscar winner Lupita Nyong’o (12 Years a Slave) and newcomer Madina Nalwanga as Mutesi.

With screenplay by William Wheeler based on the book by Tim Crothers, Queen of Katwe has been directed by Mira Nair (Salaam Bombay!, Monsoon Wedding). Nair brings vibrancy and nuance to the portrayal of life in the Ugandan slums, and there’s a realism to the film that you wouldn’t normally associate with Disney productions.

Unfortunately, Queen of Katwe didn’t get the requisite amount of love during its theatrical run to become a success of any kind. It’s one of the most inspirational stories from 2016, studying the human spirit, self-doubt, and sense of purpose, which makes for a great lesson for children.

How to access: Amazon US, iTunes US, Google Play Store, or Microsoft Store
Time commitment: 1 hour and 48 minutes

Other mentions:
If you’re looking for more options, be sure to check out our Netflix guide for February. A ton of new stuff, from Argentinian cinema, to American comedies, and from documentaries to Indian films, arrived on the streaming service this week. On the cable front, Star Wars: The Force Awakens will have its Indian premiere on Star Movies (SD, HD, and Select), Sunday at 1pm and 9pm.

Apps:
Fire Emblem Heroes
Fire Emblem Heroes marks Nintendo’s second foray into the world of mobile gaming, after the release of Super Mario Run in December. Unlike the adventures of the Italian plumber, which costs Rs. 620 after the first few levels, and was only available on iOS devices, the new game is free-to-play with optional in-app purchases, and will release simultaneously on both Android and iOS.

A mix of strategy and role-playing, Fire Emblem games involve tactical elements and depth that “that increases with every move you make”. The smartphone version has been redesigned from the ground up – especially the maps, which have been built with an 8x6 grid – and features an all-new storyline involving two new kingdoms, Emblian Empire, and Askran Kingdom.

Beyond the main story, there will be other game modes as well – including Training Tower, with adaptive difficulty levels that are meant to be replayed; Arena Duels, a multiplayer mode with a leaderboard that defines your rewards; and Hero Battles, which include different battle scenarios for a limited period.

Fire Emblem Heroes for iOS and Android: Everything You Need to Know

How to access: Apple App Store, or Google Play Store
Time commitment: As much as you want, really