Supervillian Scarlet Overkill (Sandra Bullock) and her inventor husband Herb (Jon Hamm) recruit three minions, who are infamous for being notorious, to take over the world. 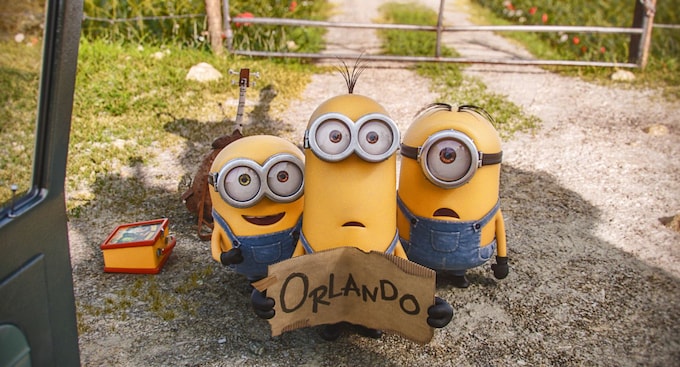 The Internet is in the undeniable grasp of Illumination Studio's cheerful minions from Despicable Me. When the first Despicable Me film released in 2010, the little yellow minions stood out as the wacky comic relief in a film that was sharply written and full of humour. But Despicable Me - perhaps wisely - didn't really tell us too much about the individual minions. Sure, they had names - first names anyway - and they seemed to speak a language of sorts, but not much else was known about them except for their relentless cheerfulness.