Prime Video November 2022: Breathe Into the Shadows Season 2, Ponniyin Selvan I, and More

Harry Styles-led My Policeman, Minions: The Rise of Gru, James Corden-led Mammals, and Three Thousand Years of Longing are also part of the list. 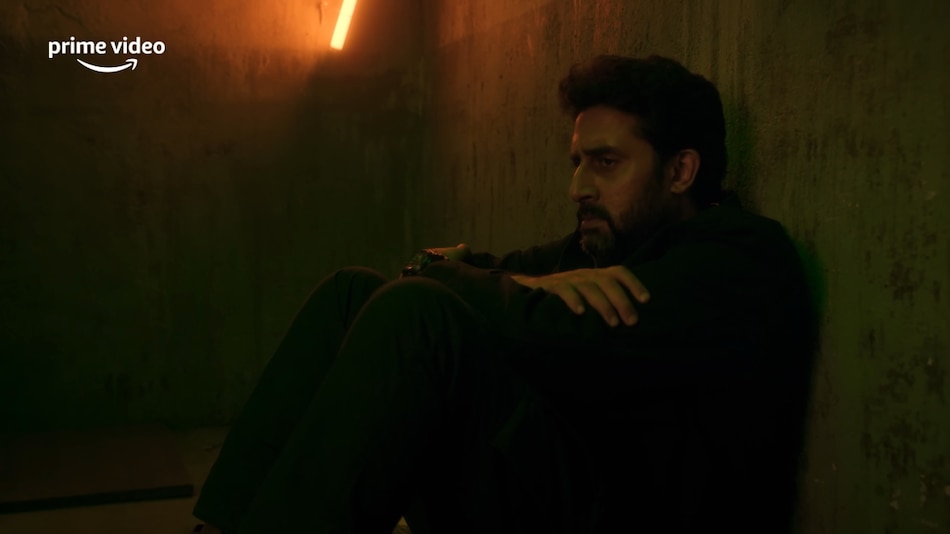 Amazon Prime Video has announced a list of 27 titles coming to its online platform in November 2022. The releases are divided into halves — the streaming service, and the Prime Video Store. If you have a Prime subscription, you'll get at least 15 titles for free, ranging from Indian originals to new International releases, available to stream endlessly. Meanwhile, the store catalogue is adding 12 new titles, which can only be rented as video-on-demand. Keep in mind that as the month progresses, Amazon will continue updating its November lineup with more titles.

Kicking things off on the local end, we've got Breathe: Into the Shadows season 2, as Dr. Avinash Sabharwal (Abhishek Bachchan) continues hunting down victims, as designated by his alternate serial killer personality ‘J.' Adding Aspirants fame Naveen Kasturia into the lineup as an accomplice, the Indian original series is headed to Prime Video on November 9. But before that, we've got Mani Ratnam's epic historical drama, Ponniyin Selvan: I, which released November 4 on the platform. Based on the eponymous 1955 novel by Kalki Krishnamurthy, the film dramatises the early life of Chola Prince Arulmozhivarman, who rose to power in South India, during the 10th century.

Watch the Trailer for Breathe: Into the Shadows season 2, Out November 9

Abhishek Bachchan in a still from Breathe: Into the Shadows season 2
Photo Credit: Amazon Prime Video

Coming to English-language originals, popular talk show host James Corden stars in Mammals, a dark comedy that “explores the truth at the heart of modern relationships.” The six-episode series follows Jamie (Corden), a Michelin star chef, whose world falls apart upon discovering secrets about his pregnant wife. Mammals will be available for streaming November 11 on Prime Video. Those who still need their Harry Styles fix from Don't Worry Darling can delve into My Policeman, a romantic drama about a married gay police official, who maintains a secret relationship with a Mr. Patrick Hazlewood (Rupert Everett). The film was out last week, November 4, on the platform. Universal Pictures' Minions: The Rise of Gru, which currently holds the fourth position at the global box office, is also up for streaming now.

Keeping in fashion, Prime Video continues to bring some international originals to its service, starting with Autumn Beat, an Italian musical drama, which pits two passionate brothers, aiming to break into the rap world. With Paco (Abby 6ix) being a born performer and Tito (Hamed Seydou) an expert lyricist, ambition, life, and love for the same woman will put their bond to the test. Autumn Beat drops November 10 on Prime Video. Acclaimed Argentine filmmaker Lucía Puenzo brings La Caída, a sports drama, centring on a veteran competitive diver, who has one last shot at the Olympics. As a terrible truth is brought forward, she questions her decision to win, and the meaning behind the journey. All episodes of La Caída drop November 11.

As stated before, Amazon is also updating its Prime Video Store catalogue with 12 titles in November 2022, ready for renting on the said dates. Just three months after its US theatrical release, the Owen Wilson-led Spy Kids-esque superhero movie, Secret Headquarters, makes its India debut on Prime Video, at Rs. 199, across all video qualities. Turning up the heat on the superhero theme is DC Comics, dropping its latest animated feature, Batman and Superman: Battle of the Super Sons on November 3, at Rs. 149. As the name implies, the film pits Jonathan Kent and Damian Wayne at odds, as the world succumbs to Starro: The Conqueror's control.

Award-winning director George Miller (Mad Max: Fury Road) returns with a bang, creating a romantic fantasy film, of sorts, where a lonely scholar (Tilda Swinton) stumbles upon an ancient bottle, unleashing a Djinn (Idris Elba), who offers her three wishes. Three Thousand Years of Longing is out November 10, for rent. On the happier end of the romance genre, we've got Ticket to Paradise, which sees Julia Roberts and George Clooney reuniting on a trip to Bali, as they try preventing their daughter's out-of-the-blue marriage. Released just last month in India, the film is headed to the Prime Video Store on November 18.

With that, here's the (developing) list of movies and TV shows coming to Amazon Prime Video in November 2022. We've marked Prime Video originals in bold.

November 1
Minions The Rise of Gru

November 4
Ponniyin Selvan: I
My Policeman

November 18
People We Hate at the Wedding
Sachertorte
Gangs of Lagos
The Sex Lives of College Girls: Season 2

And here's the (developing) list of movies coming to Prime Video Store in November 2022.

November 7
The Witch: Part 2 – The Other One
Hansan

November 18
Once in the Desert
Ticket to Paradise

Minions: The Rise of Gru

Breathe: Into The Shadows Season 2

The People We Hate at the Wedding

Batman and Superman: Battle of the Super Sons