Betaal Directors on Horror References In, Their Approach to India’s First Zombie Series

Including George A. Romero, John Carpenter, and David Lynch among others. 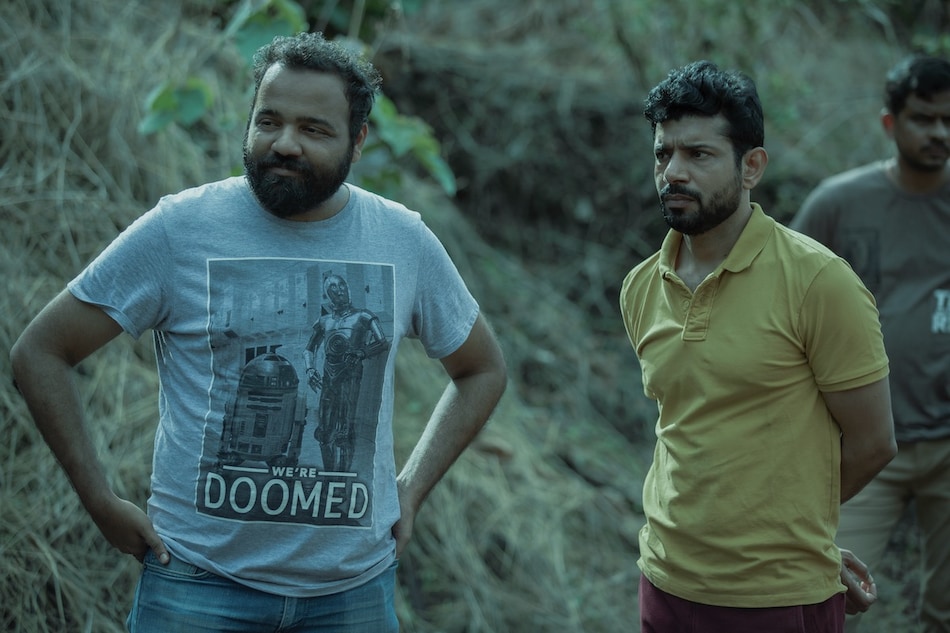 Nikhil Mahajan, Viineet Kumar on the sets of Betaal

Netflix's next series from India — Betaal, produced by Shah Rukh Khan's Red Chillies — is perhaps the first one with zombies in this country. For its horror-loving directors Patrick Graham (Ghoul) and Nikhil Mahajan (Baji), it was a chance to pay homage to veterans of the genre.

“I certainly have a long list of people and films I want to reference in my own work,” Graham told Gadgets 360. “There's a lot of stuff in [Betaal]. There's Paul Verhoeven, there's George A. Romero, John Carpenter, David Lynch, Sam Raimi, all of my favourite directors. And I've tried to slightly reproduce [many shots] that I love from other films as well. It's great to be able to pay tribute to the people that I love and have studied growing up. And yeah so, there's lots of things in the series to look out for.”

Verhoeven has directed RoboCop, Basic Instinct, Total Recall, and Elle. Lynch's works include Twin Peaks, Mulholland Drive, and Blue Velvet. Raimi is best known for the 2000s Spider-Man series, but he got his start in horror with the Evil Dead series.

“The one I love the most is [Carpenter's] The Thing,” Mahajan said. “It's not a zombie [film] but I love it. Then George A. Romero's Night of the Living Dead series. All these great old zombie films from the ‘70s and ‘80s, a lot of referencing has been done. If you're a horror nerd who's watching Betaal, you're going to look at some scenes and be really happy, because Patrick and I have very carefully designed and integrated [them] into the world of Betaal.”

Patrick Graham on the sets of Betaal
Photo Credit: Zishaan A. Latif/Netflix

While the two directors share a common love for horror — which was a “a great starting point”, says Mahajan — they come from very different backgrounds. While Mahajan grew up on commercial Indian cinema, the British-born Graham has a more Western sensibility.

“Because we had this big responsibility of introducing India to zombies, we both used our own strengths in a way to make sure that they're going to be extremely relatable,” Mahajan added. “The Indian audience will be slowly eased into this new world of zombies. I got in my local influences of storytelling and [Graham] got his, and we kind of married the both to kind of come up with a nice blend.”

Prior to Betaal, Mahajan had directed the superhero vigilante film Baji, and the thriller drama Pune-52. He was attached to a horror film at Phantom Films, Blumhouse, and Ivanhoe Pictures — the makers of Graham's Netflix series Ghoul — but that was shelved. “But I did end up getting to know all these people,” Mahajan added. “So, after a few years when they all went on to Betaal, I think they felt I am the right fit because I have a certain sensibility.”

That came into play when the Betaal directors, once in a while, had the option to pick scenes they wanted to helm. Mostly, their directing duties were divided based on logistical concerns. “I picked the scenes which were high on emotion [and] drama,” Mahajan said. “I've also picked some scary ones, but I like the scenes where the characters are on the edge, where they are faced with moral conflicts and questions, because setting that in a scary backdrop is very exciting.”

Graham noted that they made use of two units, likely to speed up production, which meant they were shooting in two different areas of the same location, when outdoors in Igatpuri and Lonavala, Maharashtra. “It was actually really exciting because there's a real buzz. Actors coming from one set to the other set,” Graham added. Betaal stars the likes of Viineet Kumar (Mukkabaaz) and Aahana Kumra (Lipstick Under My Burkha). “Sometimes, I could run across between takes and see what [Mahajan is] up to. It was really good fun.”

Betaal is out May 24 on Netflix worldwide.