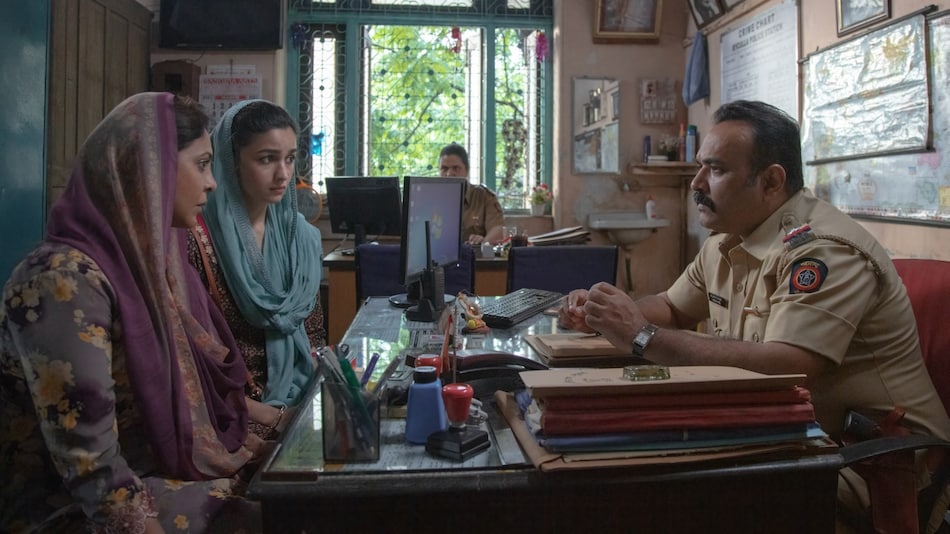 Driven by a Bhatt voiceover, the first Darlings trailer finds her character setting the stage for the movie, that's billed as a dark comedy drama which “explores the lives of a mother-daughter duo trying to find their place in Mumbai, seeking courage and love in exceptional circumstances while fighting against all odds.” Bhatt and Shah are the aforementioned mother-daughter duo, with Verma and Mathew playing their respective love interests. As you can tell, the lovers of the two women are roughly of the same age. The Darlings trailer doesn't explicitly call it out, but the signs of mistrust are clear.

Behind the scenes, Reen directs the Netflix movie off a screenplay she co-wrote with Parveez Sheikh (Queen, BellBottom). Maurya, Reen, and Sheikh are responsible for the Darlings dialogues. Vishal Bhardwaj is the music director, while Prashant Pillai (Wazir, Sadak 2) does the original score. The legendary Gulzar delivers the lyrics for the Darlings songs.

The 134-minute-long Darlings is out August 5 on Netflix in India and around the world. Before that, Netflix India will treat us to the Jitendra Kumar-led Jaadugar on July 15.

Here's the official poster for Darlings via Netflix: