Dune Final Trailer Is a Terrific, Epic Introduction to a New Sci-Fi Universe

Releasing in English and Hindi in India, and also on HBO Max in the US. 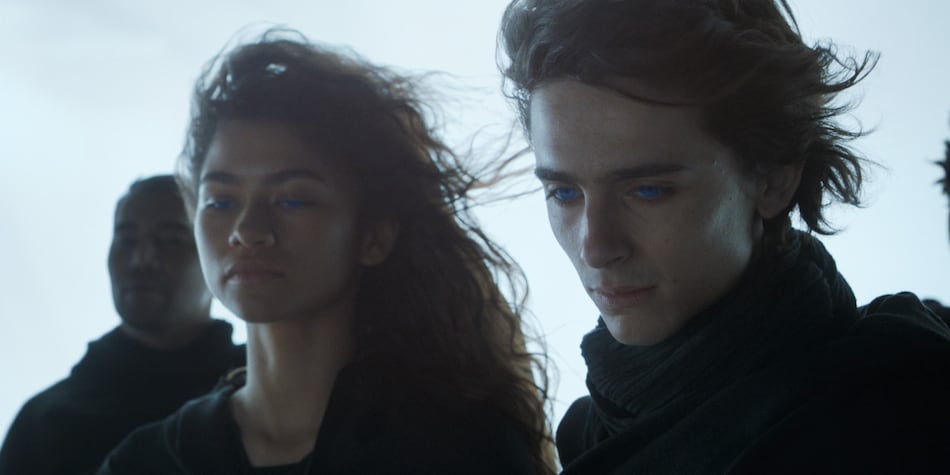 Dune final trailer is here. With two weeks to release, Warner Bros. has unveiled the third and final trailer for Dune, the epic sci-fi movie that features a star-studded ensemble: Timothée Chalamet, Rebecca Ferguson, Oscar Isaac, Josh Brolin, Stellan Skarsgård, Dave Bautista, Zendaya, Jason Momoa, and Javier Bardem among others. The final Dune trailer does a great job at setting up what Denis Villeneuve's movie is going to be — from both a plot and aesthetic standpoint — with House Atreides' ducal heir Paul (Timothée Chalamet) finding himself in a quagmire after his family is given stewardship of the dangerous desert planet Arrakis that is the source to the universe's most valuable substance: “spice”.

“The outsiders ravage our lands. Their cruelty to my people is all I've known,” Arrakis native and Paul's love interest Chani (Zendaya) says at the start of the final Dune trailer, as we are shown a lot of fire and the face of the sadistic Glossu Rabban (Dave Bautista) who does as he pleases. Elsewhere, Paul (Chalamet) tries to get House Atreides swordmaster Duncan Idaho (Jason Momoa) to take him to Arrakis with the advance team. Idaho says he will get court-martialled, but Paul tells me he's been having dreams — that felt like a vision — about a girl fallen in battle. It's Chani.

“Everything important happens when we're awake,” Idaho tells Paul flatly. Paul is getting advice left, right, and centre in the final Dune trailer. His father Duke Leto (Oscar Isaac) tells Paul he's the future of House Atreides, while the House Atreides weapons master Gurney Halleck (Josh Brolin) instructs him to be ready. “They're not human. They're brutal,” Halleck barks, referring to Rabban and his master, Baron Vladimir Harkonnen (Stellan Skarsgård). Paul is worried what if he's not all these things, and Leto says he'll still be his son — so that's fine, you know.

Meanwhile, Harkonnen is plotting the end of House Atreides, instructing Rabban to “kill them all”. Paul calls it “an extermination. They're picking my family off one by one.” As Idaho says “let's fight like demons”, the final Dune trailer switches into an action gear. We see giant explosions, giant ships, and giant sandworms. Hans Zimmer's sweeping score rises into a crescendo, only punctuated by grunts and Paul's famous words from Frank Herbert's sci-fi book that Dune is based on: “I must not fear. Fear is the mind killer. Where the fear has gone, only I will remain.”

Dune is out October 22 in cinemas worldwide, and on HBO Max in the US. In India, Dune will be available in English and Hindi. Dune is technically Dune: Part One, with Villeneuve working on a planned sequel. The final Dune trailer teases that too. It ends with Zendaya saying: “This is only the beginning.” A prequel spin-off series, Dune: The Sisterhood, is also in the works for HBO Max.

Dell Inspiron 14 (5410) 2-in-1 Review: Premium Workhorse With a Twist
Google Search Gets New Feature to Help You Tune Your Guitar