Ek Villain Returns will arrive on Netflix just over a month after it debuted in cinemas. 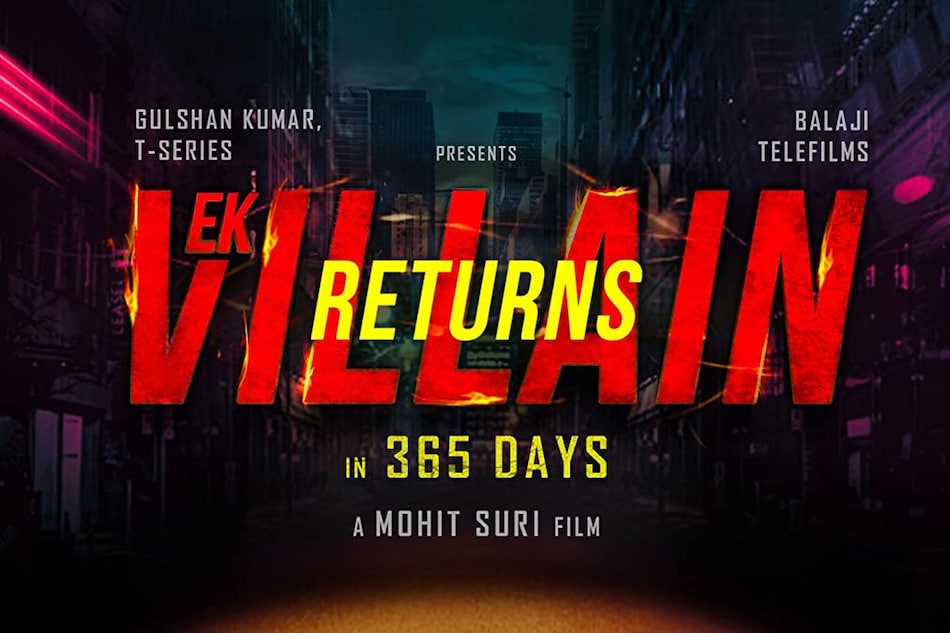 Ek Villain Returns — the sequel to the 2014 action thriller film — is set to release on Netflix on September 9. The film, which released in theatres on July 29 to mostly unvafourable reviews, will make its way to the streaming service next week after three weeks in theatres. Ek Villain Returns is written and directed by Mohit Suri, and stars John Abraham, Arjun Kapoor, Disha Patani, and Tara Sutaria. The movie was produced by Shobha Kapoor, Ekta Kapoor, Bhushan Kumar, and Krishan Kumar.

In a post on Twitter, Netflix announced the upcoming arrival of Ek Villain Returns on the service on Tuesday. "2x the action, 2x the thrill. #EkVillainReturns arrives on 9th September on Netflix," the streaming service said in the tweet, which includes the movie's poster

2x the action, 2x the thrill.#EkVillainReturns arrives on 9th September on Netflix. pic.twitter.com/DDM9kElmPn

The sequel to the 2014 action thriller film directed by Mohit Suri was released on July 28, to unfavourable reviews. The movie currently has a rating of 5.5 out of 10 on IMDb. Ek Villain Returns' box office collection was Rs. 41.69 crore at the end of the third week.

Ek Villain Returns is out September 9 on Netflix.