Paramount+ has yet to announce the Halo TV series’ release date. 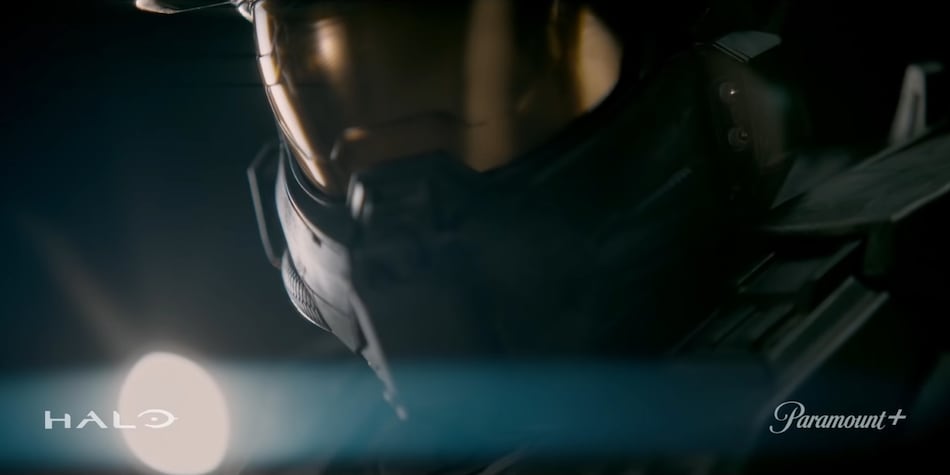 The Halo TV series' first look is here. On Monday at Xbox's 20th anniversary celebration, Microsoft unveiled a 15-second teaser trailer for the upcoming Halo series — set to premiere in early 2022 on Paramount+ in the US, and Voot Select in India — based on the popular gaming franchise of the same name. The Halo TV series first look gives us a very brief glimpse at Master Chief, the game's Spartan supersoldier and protagonist played here by Pablo Schreiber, who is known for his work on HBO's The Wire, American Gods, and Netflix's Orange Is the New Black.

Halo teaser trailer opens by showing the battle-scarred back of Master Chief, which indicates that he's had multiple surgeries and been put back together over the years. Cut to a shot of the Master Chief armour and his 117 number, before we see the back of Schreiber's bald head as he puts on the famous helmet. As the Halo TV series first look jump cuts to the front, Cortana's (Jen Taylor) —the in-game AI whose name was later used as Microsoft's voice assistant — voice beams in to say: “Hello, Master Chief.” Martin O'Donnell & Michael Salvatori's Halo theme plays us out over the title card.

Kyle Killen (Lone Star) and Steven Kane (The Last Ship) developed the Halo TV series, which has seen some behind-the-scenes turbulence. While the Killen and Kane were set to be co-showrunners on Halo season 1, Killen left prior to the start of production. Kane became lead showrunner but opted to leave himself after post-production work was completed on the first season. Moreover, the first five episodes were re-edited during the first global COVID-19 pandemic lockdown last year. None of this bodes well for the Halo TV series.

Halo is slated to premiere in early 2022 on Voot Select and Paramount+.