Idris Elba Cast as Knuckles in Sonic the Hedgehog 2, Movie Due April 2022

The movie sequel will feature all of Sonic, Tails, and Knuckles. 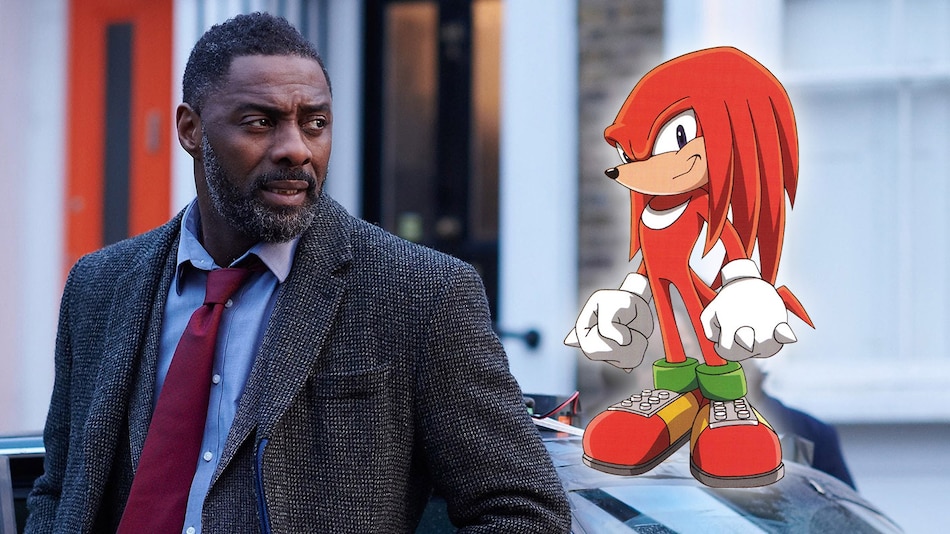 Idris Elba is joining Sonic the Hedgehog 2. The Suicide Squad and Luther star announced Tuesday that he would voice Knuckles — a red hot-headed anthropomorphic echidna created by Takashi Yuda — in the sequel to the 2020 American live-action movie take on Sega's video gaming franchise. Elba joins previously-announced returning cast of Ben Schwartz as the voice of Sonic, Jim Carrey as his nemesis and mad scientist Dr. Robotnik, James Marsden and Tika Sumpter as adoptive parents Tom and Maddie Wachowski, Adam Pally as Tom's deputy Wade Whipple, and Natasha Rothwell as Maddie's older sister Rachel. Elba is the first new major name to be unveiled for Sonic the Hedgehog 2.

“Knock, knock... #SonicMovie2 #Knuckles,” Elba wrote in a caption alongside a photo of Knuckles' hand he posted to his social media channels on Tuesday, revealing that he was part of the second Sonic the Hedgehog movie. First introduced in the 1994 video game Sonic the Hedgehog 3, Knuckles is the last living member of his race and a guardian of a huge gemstone called Master Emerald. He's initially duped into helping Robotnik, and opposing Sonic and Tails, before learning the villain's trickery and switching sides. Sonic the Hedgehog 2 is set up to riff on this narrative, with the first film ending with Robotnik planning a return to Earth, and the reveal of Tails.

Review: Sonic the Hedgehog Wants to Be Deadpool for Kids, but It Doesn't Know Sonic

This should punch things up. #Knuckles https://t.co/RB4WY1qkrd

Behind the scenes, Jeff Fowler returns as director on Sonic the Hedgehog 2, working off a screenplay by Sonic the Hedgehog writers Pat Casey and Josh Miller, and John Whittington. Brandon Trost (Can You Ever Forgive Me?) is the cinematographer, and Junkie XL (Justice League Snyder Cut) is the composer.

Producers on Sonic the Hedgehog 2 include Neal H. Moritz and Toby Ascher for Original Film, and Toru Nakahara and Takeshi Ito for Sega of America. Sonic the Hedgehog 2 is a production of Sega Sammy Group, Original Film, Marza Animation Planet, and Blur Studio. Paramount Pictures is the global distributor, with Viacom18 Studios — a joint venture between Reliance Industries-owned Network18 and Paramount's parent ViacomCBS — handling distribution in India.

Sonic the Hedgehog 2 is slated to release April 8, 2022 in cinemas worldwide, including India. It was first put into development in May last year.