It has been a full three years since season 2 hit Prime Video. 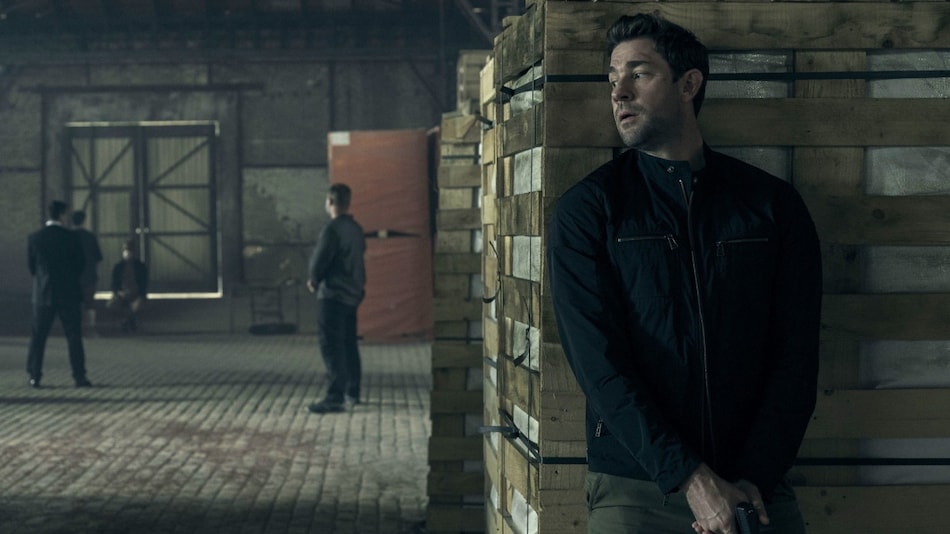 Jack Ryan season 3 trailer is here — finally. Amazon Prime Video has dropped a trailer for the latest chapter in the John Krasinski-led political spy thriller, pitting the titular CIA agent as a falsely implicated fugitive, on the run. It's been a full three years since season 2 debuted in October 2019, with the COVID-19 pandemic adding to production delays. The eight-episode series is being co-produced by Amazon Studios, Paramount Television Studios, and Skydance Television. Jack Ryan season 3 drops December 21, exclusively on Amazon Prime Video.

The trailer for Jack Ryan season 3 opens with a phone call from the boss James Greer (Wendell Pierce), who tries to warn Ryan (Krasinski) of the dire consequences of going rogue, against the CIA's orders. “Every day you're on the run, you're digging a hole that you may not be able to get out of,” he says, as Ryan parkours his way across Europe. During one of his early missions in Rome, he receives a tip stating that the Sokol Project, a secret plan to restore the Soviet Empire, is being resurrected after more than 50 years. The plan involves a small group of hardline Russians using a nuclear strike to ensue chaos. Understandably, Ryan wants to pursue the intel, but instead kicks off an internal dispute within the organisation.

“The US can't go anywhere near this,” says Elizabeth Wright (Betty Gabriel), a top executive. “We don't have the wiggle room to make mistakes.” The character was originally played by Marianne Jean-Baptiste (Blindspot), who left the show due to creative differences. Her scenes were then reshot with Gabriel. Ryan then chooses to go rogue, earning himself the accusation of a traitor and a Red Notice for immediate arrest. “If I come in now, a whole lot of people are gonna die,” he says, whilst surveying an underground room of operations. The Jack Ryan season 3 trailer then reveals that the tip was incomplete, and that the aforementioned Russians had plans to start a World War 3.

The Jack Ryan season 3 trailer then devolves into a montage, with our protagonist getting hunted in the midst of a busy market. Going rogue somehow got him tied into a larger conspiracy, with both the CIA and Russians trying to pin down his location. Luckily, he isn't alone on this espionage, as the aforementioned Greer and returning character former CIA Officer Mike November (Michael Kelly) join him on the mission. The new Jack Ryan season also introduces Nina Hoss (Tár) as Czech President Alena Kovac, though no dialogues were presented.

Previous reports indicated that Tom Clancy's Jack Ryan series would end after season 4, ahead of which Prime Video plans to bring Michael Peña (Ant-Man) into the mix. As per Deadline, his character Domingo "Ding" Chavez will be introduced in the final episode of season 3, before joining the cast full-time for the last act, which is currently in production. The studio also has a spin-off series in development, headlined by Peña, a field agent who appeared in several Tom Clancy novels, including 1998's “Rainbow Six.”