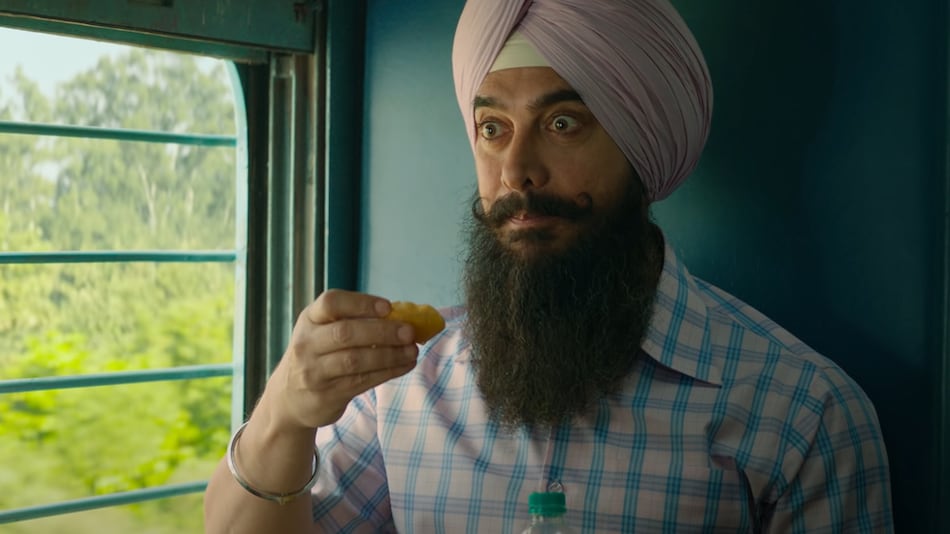 Laal Singh Chaddha trailer is here. On Sunday, production house Aamir Khan Productions unveiled a two-minute 45-second trailer for the Hindi-language adaptation of Tom Hanks' cult comedy drama Forrest Gump, which itself was based on Winston Groom's novel of the same name, to pique the curiosity of fans. It Introduces us to the titular protagonist (Aamir Khan), a simpleton with low intellect who has autism. He is innocence personified and believes in being happy even under difficult circumstances . Chaddha is apparently in love with his friend (Kareena Kapoor Khan), who considers him to be a good person but knows that she can never be with him. Going by the trailer, this is likely to be a bit different from Forrest Gump as the plot has apparently been modified to suit Indian sensitivities.

Besides Khan and Kareena, the Laal Singh Chaddha cast features Mona Singh and Naga Chaitanya in key roles. The trailer, however, doesn't reveal much about their characters. Chay's association with the project has garnered a fair deal of attention as he is a known name in Telugu cinema, who has acted in blockbusters such as the romantic dramas Majili and Love Story. Expect him to bring something special to the table if the narrative gives him ample scope to shine. The film is directed by Advait Chandan of Secret Superstar fame off a screenplay from Atul Kulkarni. Kiran Rao, Khan, Ajit Andhare, and Jyoti Deshpande serve as the producers from the movie.

Laal Singh Chaddha is Khan's first release in nearly four years as he was last seen in action-packed adventure drama Thugs of Hindostan, which failed to live up to expectations despite opening to a response at the Indian box office. This will also be Kareena's first release since the 2020 comedy-drama Angrezi Medium, a commercial failure. Trade experts feel that it has the potential to emerge as a major draw as it caters to a family audience and reportedly deals with important events from the country's past.

So, will this be the case? We'll find out when Laal Singh Chaddha releases August 11 in theatres worldwide.