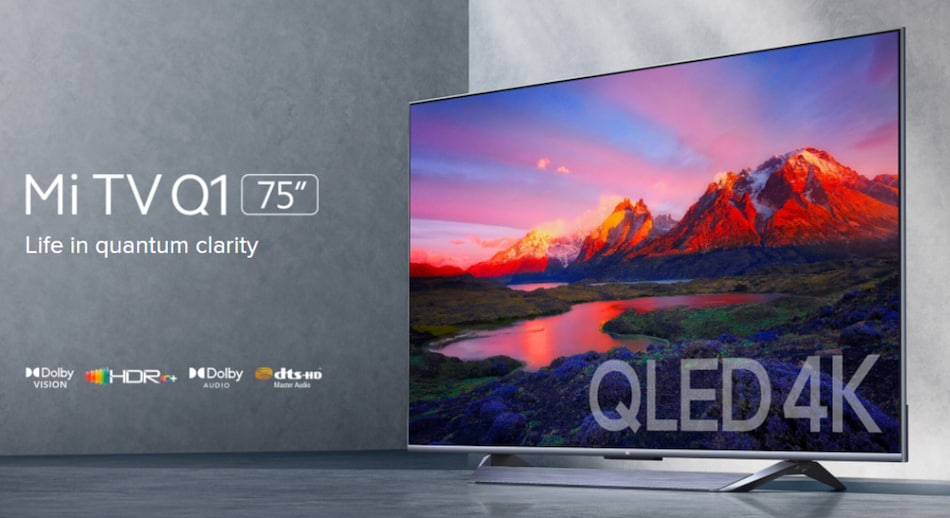 Alongside the Mi 11 flagship, Xiaomi has also unveiled the Mi TV Q1 75-inch on Monday. This television model features a QLED 4K display and runs on Android 10 software. The TV set has a 178-degree viewing angle for better visibility across a wide area, and it offers access to more than 700,000 movies and TV shows and over 5,000 apps via the Google Play store. The smart remote comes with dedicated Netflix and Amazon Prime Video buttons and the TV set has a built-in microphone for voice command functionality with support for Google Assistant and Amazon Alexa.

The new Mi TV Q1 75-inch is priced at EUR 1,299 (roughly Rs. 1,14,300). The new TV model will be available starting March 2021 and it will first go on sale in select regions, with availability expanding over time. Xiaomi says a limited number of models will be available for purchase at an early bird price of EUR 999 (roughly Rs. 87,900) on the first day of sale.

Coming to the features, the Mi TV Q1 has a 75-inch QLED 4K UHD (3,840x2,160 pixels) resolution display with quantum dot technology. It comes with a 120Hz refresh rate, razor-thin bezels, 100 percent NTSC range with 1.07 billion colour variations, 1,024 different colour shades, and a contrast ratio of 10,000: 1. The TV is equipped with 192 zones of full array dynamic local dimming, Dolby Vision, and HDR 10+ support. The display has a 178-degree viewing angle for improved visibility in a wide area.

As mentioned, the Mi TV Q1 75-inch also has a built-in microphone for hands-free control through voice commands. The TV supports Google Assistant and Amazon Alexa. It also has built-in Chromecast.

Twitter Spaces Gets Wider Testing to Take on Clubhouse
Poco M3 to Go on Sale Today for the First Time in India via Flipkart: Price, Specifications