In India, The Peripheral will be available in English, Hindi, Tamil, Telegu, Kannada, and Malayalam. 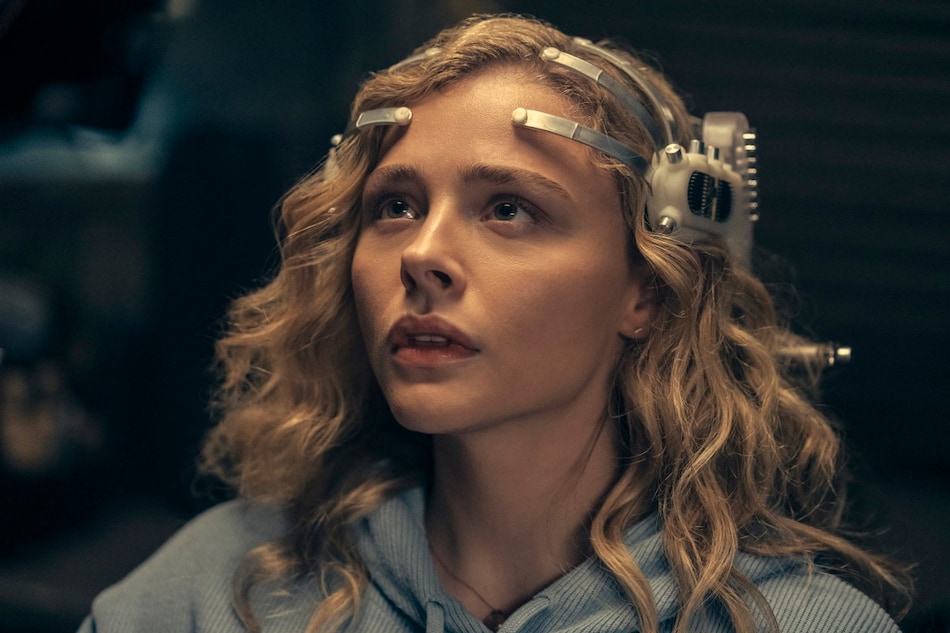 The Peripheral teaser trailer is here — in English, Hindi, Tamil, Telegu, Kannada, and Malayalam. Amazon Prime Video has dropped the first trailer for the Chloë Grace Moretz-led sci-fi drama series, which deals with multiple instances of the dystopian future. The show is based on the 2014 novel of the same name by William Gibson, and sees Westworld creators, Lisa Joy and Jonathan Nolan reuniting as executive producers, under the Kilter Films banner. The Peripheral will be out for streaming on October 21, exclusively on Prime Video, in English, Hindi, Tamil, Telegu, Kannada, and Malayalam.

Set in a fictional near-future town of rural America, The Peripheral trailer begins with an introduction to Flynne Fisher, a teenager working at a local 3D printing shop. Played by Moretz (Kick-Ass, Suspiria), her wild imagination and personality are said to be getting wasted in the backwards town aka the “den of imbecility.” Cutting into a deep sector of the forest, we are greeted by her brother Burton, — played by Jack Reynor (Midsommar) — who lives as a recluse inside a mould-covered caravan, after sustaining a brain trauma. Upon meeting with him, Flynne puts on a cybernetic headgear, which oddly functions like a VR headset, albeit events in the virtual scenario start merging with reality.

While The Peripheral teaser is vague on the plot details, it seems to draw heavy inspiration from the likes of The Matrix and Everything Everywhere All at Once. It appears as though users can be transported into a world of their liking, to mess around and live a thrilling life, which is a break from the mundanity of the rural town. It is soon revealed that the events seen via the headgear are actually visions of the future. As per the novel, The Peripheral deals with two futuristic scenarios — one takes place in a bleak world where only industries are thriving. The second future is set in a deserted London, following a series of cataclysmic events that killed most of the world's population.

“You're inside what we call a Peripheral,” says a voiceover. “You think this is a game. But it's real. It just hasn't happened yet.” The Peripheral trailer then bursts into a montage of action sequences involving invisible cars, faceless killers, and real-world artefacts that distort due to alterations in the Peripheral realm. Gibson's novel alternates between Flynne's experiences and those of Wilf Netherton (Gary Carr), a publicist who lives in the early 22nd century. But for now, there is no telling if the Prime Video show will follow suit in terms of narration.

The Peripheral will be out for streaming on October 21, exclusively on Amazon Prime Video. In India, the show will be available in English, Hindi, Tamil, Telegu, Kannada, and Malayalam.