Prime Video appears to have slyly tipped off the release date in the teaser. 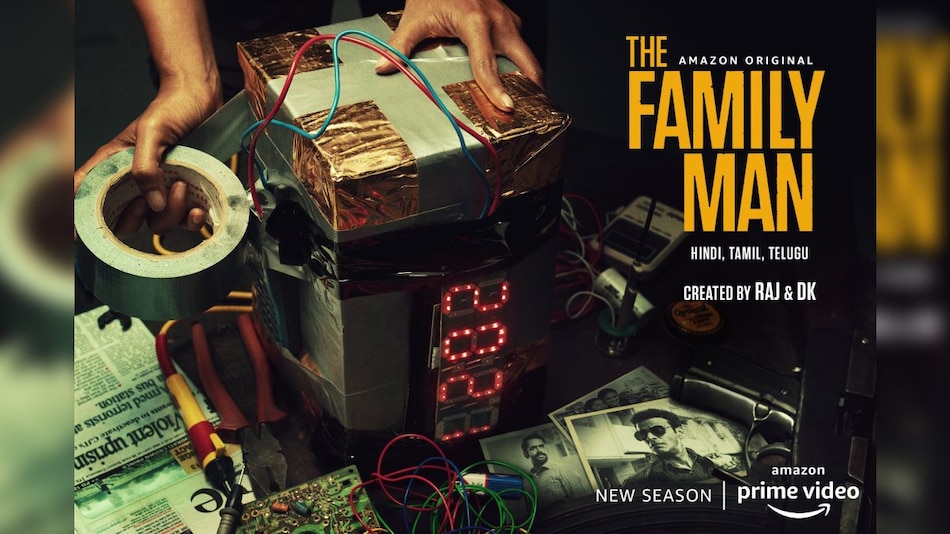 The Family Man is set to return for a second season on Amazon Prime Video, as the streaming platform shared a teaser poster via Twitter on Tuesday. The spy thriller stars Manoj Bajpayee as Srikant Tiwari, who tries to find a balance between his high-stakes job as a National Intelligence Agency (NIA) agent and trying to keep his family safe from the perils that come with the occupation. Alongside Bajpayee, creators Raj Nidimoru and Krishna D.K. (better known as Raj and DK) are also on board.

Amazon Prime Video shared the teaser poster via a tweet on its official India handle, though the poster doesn't reveal much. Staying true to the anti-terrorism theme of the show, the image depicts a time bomb being assembled, with some photos and newspaper clippings strewn around. The scattered photographs confirm that Bajpayee and Sharib Hashmi (who plays Tiwari's trusty colleague JK Talpade) will indeed be returning for the second season of The Family Man.

If you look closely, the timer on bomb reads 12:02. This could be a tip that the new season will premiere on February 12. It should be noted that Prime Video hasn't officially confirmed the date yet.

Manoj Bajpayee also shared the same teaser on Instagram, with the caption – “Bahot hua intezaar. Aapke liye new year ka tohfa laaye hai. Zara dhyaan se kholna. #The FamilyManOnPrime” (The wait is over. Here's a new year's gift for you. Be careful while opening the package.)

Priyamani, who plays Tiwari's wife Suchitra, and Vedant Sinha, portraying Tiwari's son Atharv, are also expected to return for the second chapter of The Family Man. The show was already renewed for a second season back in November last year, and the latest teaser sets the ball rolling for an imminent release.

In our review of the first season, we wrote, “On one hand, The Family Man shows itself to be very socially and politically aware but its inelegant handling of exposition, and inability to be tonally cohesive lets it down. Its attempts at humour are welcome because they serve as a break from the lacklustre drama, but it's rare that said attempts work, and come across as a show of incompetence when applied in the professional environment.” You can read the full review here.

Google Assistant Will Sing You a New Year Song, and It’s Terrible