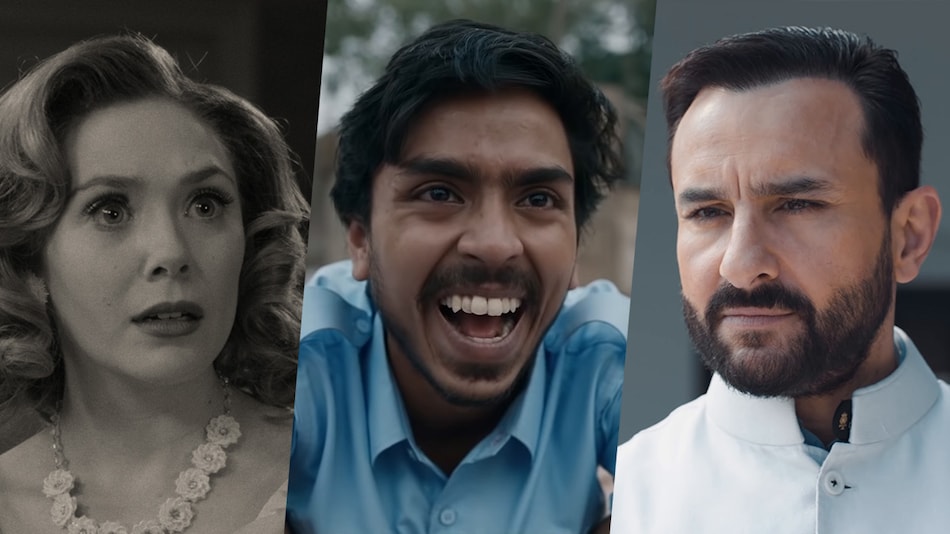 The wait for new Marvel Cinematic Universe content is nearly over. January 2021 will bring the first entry in MCU's Phase Four — WandaVision — after COVID-19 deprived us of all things Marvel for all of 2020. Closer to home, Saif Ali Khan and Priyanka Chopra will open 2021 thanks to their respective involvement in the Amazon original series Tandav and the Netflix original movie The White Tiger. January will also see the return of series such as Riverdale, Cobra Kai, Batwoman, American Gods, Call My Agent! and Dickinson. And there are new streaming movies from or starring the likes of Anthony Mackie, Vanessa Kirby, and Regina King.

When: January 1
Where: Netflix

Now a Netflix original — the first two seasons arrived in August, but are still available on YouTube Premium — The Karate Kid sequel delivers its belated third season exclusively on the world's biggest subscription-based streaming service. It's already been renewed for a fourth season, so you don't have to worry about any surprise cancellations. All episodes on release date.

Pieces of a Woman

When: January 7
Where: Netflix

Vanessa Kirby won best actress at Venice Film Festival for her role in this Netflix drama from Kornél Mundruczó (White God). After a home birth ends in tragedy, a woman (Kirby) must deal with her husband (Shia LaBeouf) and her domineering mother (Ellen Burstyn), and navigate a trial involving the midwife (Molly Parker). Sarah Snook, Iliza Shlesinger also star.

When: January 8
Where: Apple TV+

When: January 11
Where: Amazon Prime Video

One Night in Miami…

When: January 15
Where: Amazon Prime Video

When: January 15
Where: Netflix

Before we see him again as Falcon in the MCU, Anthony Mackie will play an android supersoldier who works with a drone pilot (Damson Idris) who has no field training to stop a nuclear attack in this sci-fi action film. Emily Beecham (Little Joe), Michael Kelly (House of Cards), and Pilou Asbæk (Game of Thrones) also star. Mikael Håfström (Evil) directs.

The young nanny Leanne Grayson (Nell Tiger Free) runs away with Dorothy (Lauren Ambrose) and Sean's (Toby Kebbell) son Jericho in the second season of M. Night Shyamalan's psychological horror series, prompting a search and a wave of terrifying revelations. Servant season 2 premieres with three episodes, with one episode weekly thereafter. It has already been renewed for a third season.

When: January 15
Where: Amazon Prime Video

Saif Ali Khan leads this political drama from Ali Abbas Zafar — writer and director of Sultan, Tiger Zinda Hai, and Bharat — which will offer a look at “the dark corners of Indian politics”. Zafar is also the director on Tandav, but he didn't write it. Article 15 co-writer Gaurav Solanki is responsible for the scripts.

All episodes on release date.

When: January 15
Where: Disney+ Hotstar

Marvel's first Disney+ series — it cost as much as an MCU movie with a reported $150 million budget — is unlike anything it has ever done. It functions as a sitcom that switches between decades (black-and-white 50s TV or The Office-style mockumentary), but it's also set after the events of Avengers: Endgame somehow. WandaVision also becomes the first entry in MCU's Phase Four.

A total of six episodes that will air weekly. WandaVision's events will directly tie into Doctor Strange in the Multiverse of Madness, slated for March 2022 in cinemas.

When: January 18
Where: Colors Infinity

Javicia Leslie takes over from Ruby Rose (she quit) in the title role for the second season of the DC series, with the change being written into the show: Leslie is playing Ryan Wilder, not Kate Kane. Batwoman season 2 will also introduce Alice's (Rachel Skarsten) nemesis Safiyah (Shivaani Ghai), her henchwoman Tatiana / the Whisper (Leah Gibson), and the hitman Victor Zsasz (Alex Morf) — not the same one who was in Birds of Prey. One episode weekly.

When: January 21
Where: Netflix

This French comedy about a group of Parisian talent agents who have to put up with the demands of their clients and manage their own personal lives became a global hit thanks to Netflix, and its fourth — and final — season will feature the likes of Sigourney Weaver, Jean Reno, José Garcia, and Charlotte Gainsbourg in cameo roles. All episodes on release date.

When: January 21
Where: Colors Infinity

Season 4 ended prematurely due to the pandemic, and that means Riverdale season 5 is going to have an explosive opening, with those remaining episodes essentially turning into the first few episodes here. And as our characters conclude their high school years, Riverdale season 5 will feature a seven-year time jump, before the now-young adults return to Riverdale due to past troubles. New episodes weekly.

When: January 22
Where: Netflix

Priyanka Chopra and Rajkummar Rao are supporting acts in Ramin Bahrani's adaptation of Aravind Adiga's Booker Prize-winning novel of the same name, which follows an ambitious man (debutant Adarsh Gourav) from the so-called lower castes who starts work as a driver for a rich family (Chopra and Rao). The White Tiger dissects the severe class issues that run through India.

When: January 29
Where: Netflix

Carey Mulligan enlists Ralph Fiennes' archaeologist — he prefers to call himself an excavator — in 1939 England to dig into the burial mounds on her grounds, in what is a telling of the Sutton Hoo burial site. Lily James and Johnny Flynn also star.

After spending 12 years in prison, an ex-con (Justin Timberlake) returns home to restart his life, forms an unlikely bond with the precocious son (Ryder Allen) of a missing neighbour (Juno Temple), and starts a romance with his teacher (Alisha Wainwright). Fisher Stevens (Before the Flood) directs.

Retailers Brace for Flood of Returns From Online Shopping During Pandemic