Thor: Love and Thunder is out July 8 in theatres. 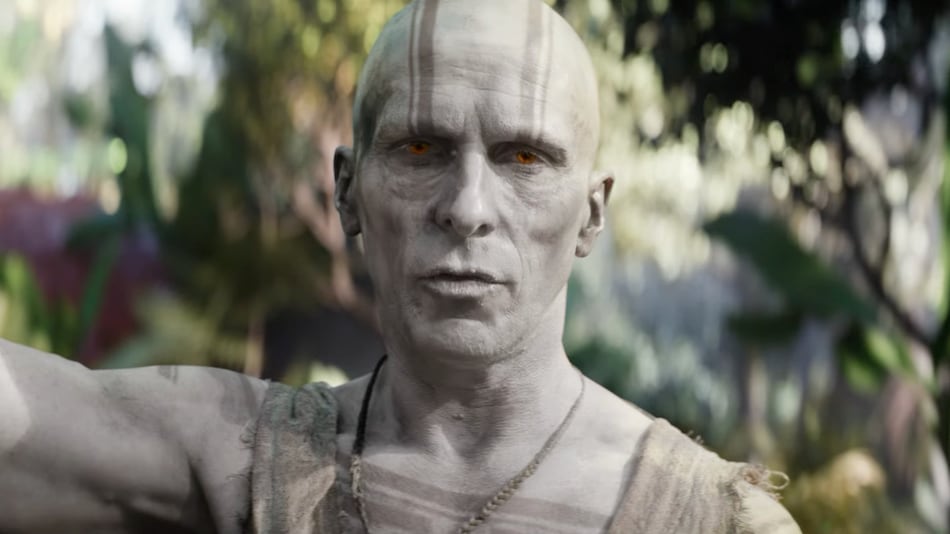 Christian Bale as Gorr the God Butcher in Thor: Love and Thunder trailer

Thor: Love and Thunder trailer is out in six languages — English, Hindi, Telugu, Tamil, Kannada, and Malayalam. On Tuesday, Marvel Studios released a two-minute, 15-second trailer for the fourth Thor movie to pique the curiosity of fans. The Thor: Love and Thunder trailer begins with a voiceover that talks about the titular superhero's (Chris Hemsworth) virtues and achievements. This sets the stage for his entry, which proves to be a quirky affair. We are soon re-introduced to Thor' s ex-girlfriend Jane Foster (Natalie Portman) who can now wield the hammer, as she has transformed into Mighty Thor. Their banter is quite quirky, to say the least.

The biggest talking point of the Thor: Love and Thunder trailer, however, is that it gives us our first proper look at the menacing antagonist Gorr the God Butcher (Christian Bale). In a chilling sequence, he vows to eliminate the Gods, which sets the stage for an epic confrontation between this galactic killer and Thor's allies. Going by the Thor: Love and Thunder trailer, the third sequel to the 2011 superhero movie Thor promises to be an entertaining and action-packed affair.

The Thor: Love and Thunder cast is headlined by Chris Hemsworth as Thor, Portman as Foster, Bale as Gorr the God Butcher, and Tessa Thompson as the king of New Asgard Valkyrie. Russell Crowe and Jaimie Alexander appear as the Olympian god Zeus and Thor's childhood friend Sif, respectively. Taika Waititi, who directs the film off his own screenplay, appears as the Kronan Gladiator Korg. Additionally, Chris Pratt, Pom Klementieff, Dave Bautista, Karen Gillan, Vin Diesel, and Bradley Cooper will reprise their roles from the Guardians of the Galaxy series.

Waititi has previously hinted that the Thor: Love and Thunder story will examine "universal themes". He told Entertainment Weekly: "It's not a serious film, and it's not a drama, but we do deal with ideas that I think a lot of humans deal with — universal themes about love and loss and our place in the world. Everyone sort of asks this question in the film: What is your purpose? What is the reason that you're a hero, and what do you do when you have these powers?"