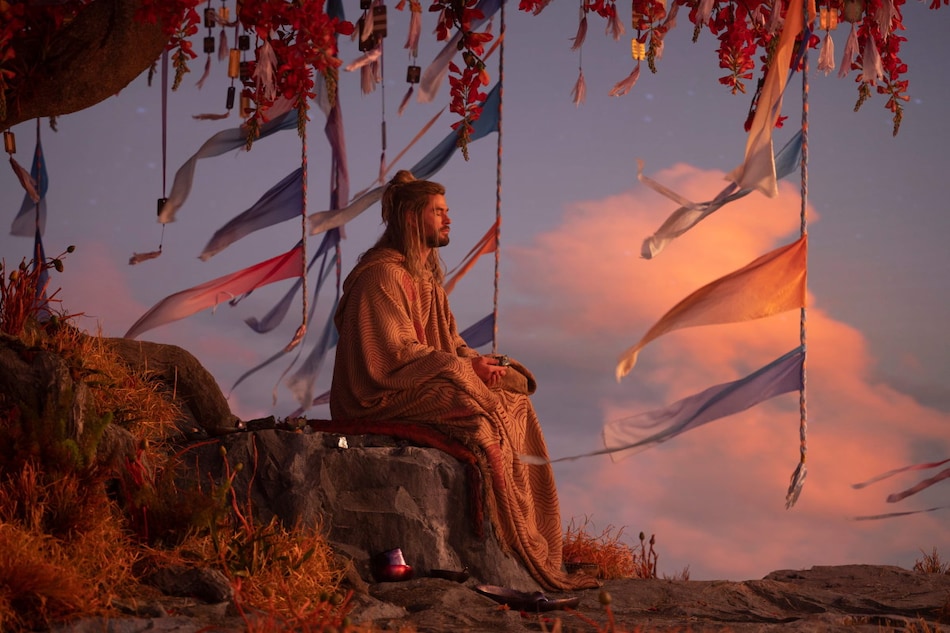 Chris Hemsworth in a still from Thor: Love and Thunder

Thor: Love and Thunder will release Thursday, September 8 on Disney+ and Disney+ Hotstar, Marvel Studios announced on Monday. The latest chapter in the Marvel Cinematic Universe — succeded by the new series She-Hulk: Attorney at Law, airing now — arrives 64 days after its global premiere on July 7 in India, the US, and elsewhere. That's 17 days more than the 47-day theatrical window Disney gave to Doctor Strange in the Multiverse of Madness. Similar to the theatrical release, Thor: Love and Thunder will be available to stream in English, Hindi, Tamil, Telugu, Kannada, and Malayalam on Disney+ Hotstar in India.

As per Marvel.com, Thor: Love and Thunder will also receive the expanded IMAX treatment on Disney+. The company unveiled the IMAX Enhanced feature back in November, making this Taika Waititi film the latest addition in the group of 15 other MCU movies. Subscribers will be treated to a 1.90:1 aspect ratio, offering 26 percent more picture for select scenes. Similar to Christopher Nolan's Interstellar, which would switch aspect ratios depending on how epic or large-scale a shot looks. It is worth noting that IMAX Enhanced has never been advertised or available on Disney+ Hotstar.

Written and directed by Waititi, Thor: Love and Thunder follows the titular Norse God (Chris Hemsworth) embarking on a quest for inner peace, following his retirement in the aftermath of Avengers: Endgame. The self-help journey is soon interrupted by Gorr the God Butcher — played by Christian Bale — a galactic killer seeking the extinction of the gods. To combat the threat, he enlists the help of King Valkyrie, Korg, and ex-girlfriend Jane Foster/ Mighty Thor, who now wields Mjolnir, the magical hammer fit for those who are “worthy”. Together, they set off on an intergalactic journey to stop the bleach-skinned Gorr and uncover the mystery behind his vengeance.

Thor: Love and Thunder stars an ensemble cast including Natalie Portman as Foster, Tessa Thompson as Valkyrie, Jaimie Alexander as Sif, Taika Waititi as Korg, and Russell Crowe as Zeus, his first appearance in an MCU movie. Despite dinged reviews — and word of mouth criticising the CGI — Thor: Love and Thunder has collected an impressive $737.1 million (about Rs. 5,883 crore) globally. This makes it the sixth-highest-grossing movie of 2022, with Top Gun: Maverick leading the pack with almost double the total gross.

Thor: Love and Thunder is out September 8 on Disney+ and Disney+ Hotstar wherever available. In India, the Marvel movie will be available in English, Hindi, Tamil, Telugu, Kannada, and Malayalam.