Daredevil Season 4 in the Works at Disney+, With Matt Corman and Chris Ord as Writers: Report 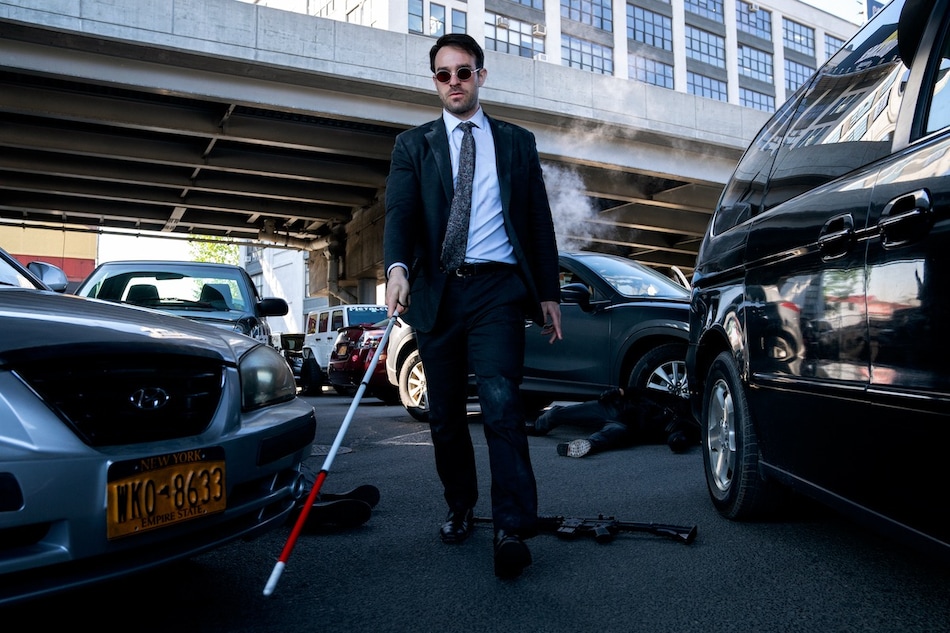 Daredevil is coming back, for season 4. Marvel Studios has reportedly hired Matt Corman and Chris Ord — best known for the USA Network action drama Covert Affairs — to develop Daredevil's return on Disney+ and Disney+ Hotstar. No word on who might be involved in front of the camera, but it seems like a given that Charlie Cox will reprise his role as Matt Murdock/ Daredevil, especially after getting a cameo appearance as a consulting lawyer to Peter Parker and Co. on the interdimensional adventure Spider-Man: No Way Home. Vincent D'Onofrio, who played Wilson Fisk/ Kingpin on Daredevil, had a bigger role on his return with Hawkeye, but his fate was left unclear after a gunshot.

Variety first brought word of a new Daredevil series in the works at Disney+ and Marvel Studios, noting that Corman and Ord would serve as head writers and executive producers. That puts them in a unique position, and not just because they will be the first duo to helm a Marvel Cinematic Universe series for Disney+. More importantly, Daredevil will be the first Disney+ MCU series that has already been depicted on the small screen, previously on Netflix. Three full seasons of 13 episodes each, in fact. Marvel Studios, on the other hand, has kept its hour-long dramas to six episodes max. It seems likely that Daredevil season 4 — if we can call it that — will stick to that.

Of course, Daredevil fans are going to be more interested in how the follow-up pays off on the original. Will it be a direct continuation of where Daredevil season 3 left off? Or will the Disney+ Daredevil series chart its own course, just like it did with D'Onofrio's Kingpin on Hawkeye, who mysteriously emerged from prison after returning there at the end of Daredevil season 3? (Yes, there were admittedly a few years between Hawkeye and Daredevil season 3, not to mention a universe-altering span or two. Daredevil season 4 could deal with the Blip too.) After all, the MCU's multiverse hijinks now pretty much allow for anything.

There's also the small matter of how a Daredevil season 4 — I'm just going to call it that, because Daredevil season 1 already exists — would work in terms of tone and mature content. While Netflix was happy to push the Marvel series it developed, be it Jessica Jones, Luke Cage, Iron Fist, The Punisher, or Daredevil itself, into adult blood-and-gore territory, Disney+ cares about its family-friendly image. At least in the US. Disney+ Hotstar has never had that to begin with in India, what with its ties to HBO, Showtime, and others. But given how Deadpool 3 is being given the freedom to be R-rated — ‘A' here in India — on the big screen, it's possible Daredevil could get that on Disney+.

Before we are treated to another round of Daredevil, there's a lot coming to Disney+ under the Marvel banner. MCU's first Muslim superhero Kamala Khan (Iman Vellani) lights it up with Ms. Marvel premiering June 8. It'll be followed by the introduction of Bruce Banner's lawyer cousin Jennifer Walters (Tatiana Maslany) on She-Hulk: Attorney at Law, beginning August 17. 2022 closes out with The Guardians of the Galaxy Holiday Special from writer-director James Gunn.

Given all that, Daredevil season 4 is not expected before late 2023 at the least.