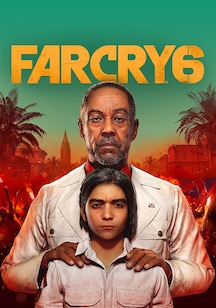 Far Cry 6 — releasing Thursday worldwide — is not a great game. It often retreads what have become Ubisoft clichés. But at times, it's a really fun game. Far Cry 6 has moments of genuine inspiration where its combination of tropical paradise, co-op support, and new ideas fuse together to deliver something memorable. But between those admittedly enjoyable adventures, Far Cry 6 will also make you do a series of things that aren't too different from one another. That sameness is pervasive. It feels like padding, though it's nowhere near as bad as on Ubisoft's other major franchise, Assassin's Creed. That said, the world of Far Cry 6, Yara — a fictional Caribbean island that is heavily based on Cuba in many aspects — is the biggest you'll ever see in a Far Cry game.