The Avengers game beta begins August 7 on PS4, and August 14 on Xbox One and PC. 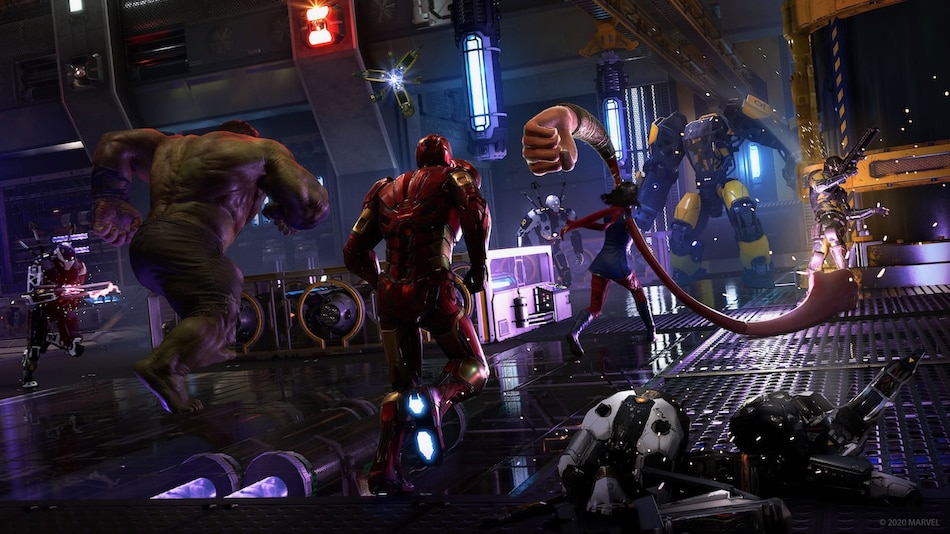 Marvel's Avengers beta begins August 7 and will offer more than 20 single-player and co-op missions that will take between 10 minutes to two hours to complete, developer Crystal Dynamics announced in a live stream on Wednesday. You'll take on the role of four heroes — Iron Man, Kamala Khan, Black Widow, and Hulk — and develop their skills. Additionally, Crystal Dynamics also teased what's coming to the Avengers game after launch, which includes Hawkeye as one of the new heroes. And lastly, the Hulkbuster armour is playable in the beta.

As part of the aforementioned single-player missions, the Marvel's Avengers beta includes the Golden Gate Bridge intro that runs for 25 minutes and ends in a Taskmaster boss battle, and more “Hero Story” missions that find Kamala Khan / Ms. Marvel and Hulk in the American Pacific Northwest and taking the Quinjet for a spin to the Russian tundra. Abomination is among the villains you'll encounter.

Once you're done with the campaign bits, you can jump into HARM (Holographic Augmented Reality Machine) rooms, War Zones, and Drop Zones, by yourself or with three other humans. HARM rooms are virtual training simulators and as you progress, you'll unlock 3 HARM Challenge rooms, wherein you can practice your combat skills, individually and as a team.

War Zones are missions you can play with a mix of AI and humans; there are five in the beta. Drop Zones are smaller, more focused versions of War Zones, Crystal Dynamics explains, and they are great for earning gear and levelling up heroes. Speaking of levelling up, a portion of the skill tree that you've access to will allow you to get your heroes to a “Hero Level” of 15 and a “Power Level” of 45.

Depending on how you fare, you'll be able to unlock two exclusive “Nameplates” that will carry over to Marvel's Avengers' full release in September. But unfortunately, all other progress will not be carried over, which means you'll have to start from scratch — and replay all the missions you tackle in the Avengers game beta.

That leaves Hawkeye, who will have his own story missions once he's available in Marvel's Avengers, separate from the main campaign. You can play solo or co-op. Hawkeye will be joined by a new unnamed villain, Crystal Dynamics said. It also reiterated that all post-launch content will be free of cost.