MSI MAG Trident S will be able to support up to three monitors at the same time. 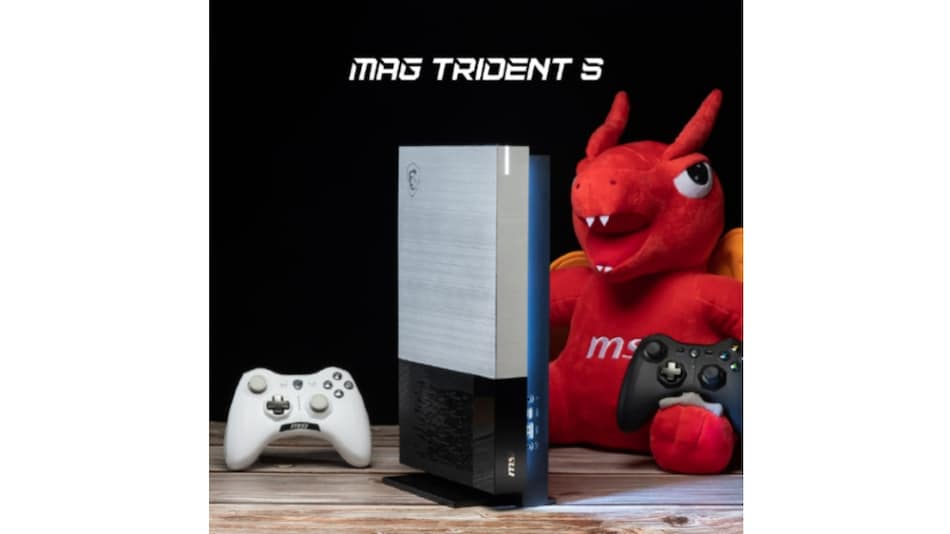 MSI has revealed some key specifications of its upcoming mini gaming console, the MAG Trident S. The console is equipped with an AMD APU instead of a separate dedicated graphics card. MSI also shared an image of the console that depicts some of the design features of this console. It sports a compact and two-tone design. MAG Trident S appears to have USB Type-C and USB Type-A ports along with a headphone jack. Additionally, it sports some form of LED lighting that illuminates the front panel. MSI has not revealed any information regarding the release date and pricing for this mini gaming console.

MSI took to Twitter to announce that the upcoming MAG Trident S will be powered by the AMD Ryzen 7 5700G processor. It will be capable of supporting up to three monitors at the same time. The console will take up only 2.6 litres of space. Additionally, the shared image reveals that this console's controllers will sport an Xbox-style layout.

This announcement comes after MSI had already unveiled a number of its gaming-oriented offerings during CES 2022. It unveiled the MSI MEG 271Q gaming monitor that has a refresh rate of 300Hz and a response time of 1 millisecond. The gaming monitor is equipped with Mini-LED backlight controls that offer a local dimming option. It has a 27-inch WQHD (2,560x1,440 pixels) LCD panel with LED backlighting. The MEG 271Q features Nvidia G-Sync Ultimate technology. It is designed to target professional gamers and e-sports enthusiasts who are looking for high refresh rates and fast response times.