The Deluxe Edition is dubbed ‘Adventure Capital Pack,’ and comes with cosmetics and 10,000 in-game currency. 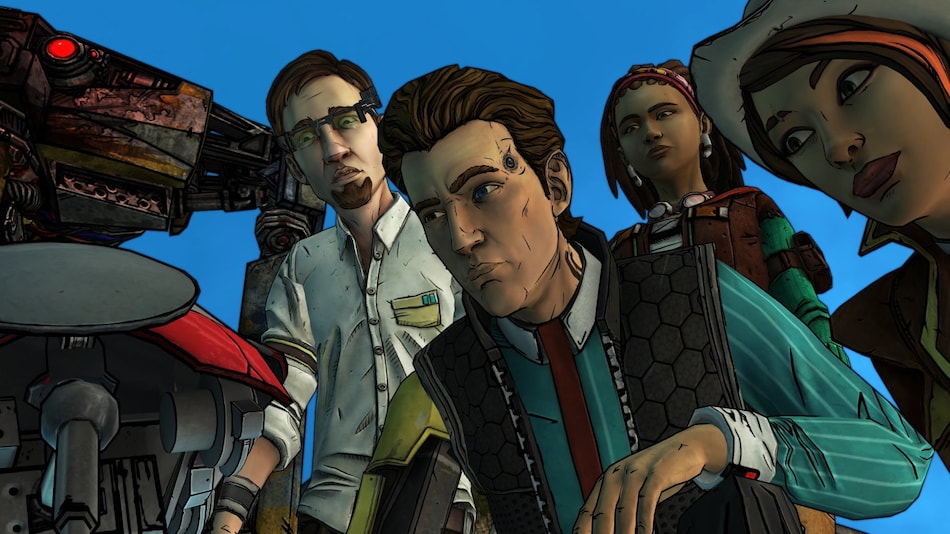 New Tales from the Borderlands release date has leaked, as per retail listings. The latest narrative-driven title from Gearbox Software was listed on the Amazon US store, revealing an October 21 launch date and other key details. First spotted by Gematsu, the pre-order listing was for the Deluxe Edition, which comes packed with bonus items and cosmetics, and is expected to launch across all major platforms — PS4, PS5, Xbox Series S/X, Xbox One, Nintendo Switch, and Windows PC.

Just like the original Tales from the Borderlands — developed by Telltale Games — this new iteration will be highly narrative-driven. The game will be divided into five distinct chapters, where choices determine the fate of the characters, as they take a stand against “ruthless corporate lords.” Set in the war-torn metropolis of Promethea, players take control of Anu, Octavi, and Fran on the worst day of their lives and set out on an adventure to change the course of the dystopian world.

If Gearbox is trying to recreate the same effect as the original, we can expect a point-and-click style standalone adventure, where you pick dialogue options that affect the story. However, the now-deleted Amazon listing revealed an “Adventure Capital Pack,” which consists of some in-game cosmetics for the characters, 10,000 in-game currency, and an FL4K Vaultlander collectable. This implementation is way off course from what we were used to from Telltale, which only focussed on providing a great narrative experience at a one-time payment. No separate editions or microtransactions.

At this stage, it is unclear if the appropriately named New Tales from the Borderlands picks up after the events of the first one, which saw a major confrontation with antagonist Handsome Jack. However, the blurb notes that players can expect familiar faces throughout, as they hunt down psychos and other Vault Hunters in-game. Details are sparse, but the overview states that you will be thrown into the midst of a “planetary invasion” and encounter vicious vault monsters, assassin bots, and talking guns in the cinematic thrill ride.

Gearbox had announced a new game in the Tales from the Borderlands series back in April, with more information promised this summer. At the time, CEO Randy Pitchfork claimed that the title was due for launch in late 2022 — lining up with the said leak.

New Tales from the Borderlands is expected to launch on October 21, across PS4, PS5, Xbox Series S/X, Xbox One, Nintendo Switch, and Windows PC.