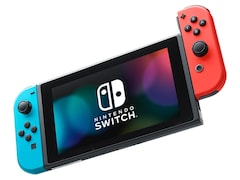 The Nintendo Switch is Nintendo's successor to the Wii U, a home console with some great ideas and games that fell flat in execution. But the Switch has more in common with the iPad, or the slew of Android devices that have captured mainstream attention. Nintendo's own handheld devices, the Nintendo DS and 3DS had their share of the spotlight, but they never had the mainstream reach of the Nintendo Wii which released in 2006. Does the Nintendo Switch do enough to catapult the company back to the masses? Read on to find out.