A Plague Tale: Requiem, Bayonetta 3, and Uncharted for PC will also be released this month. 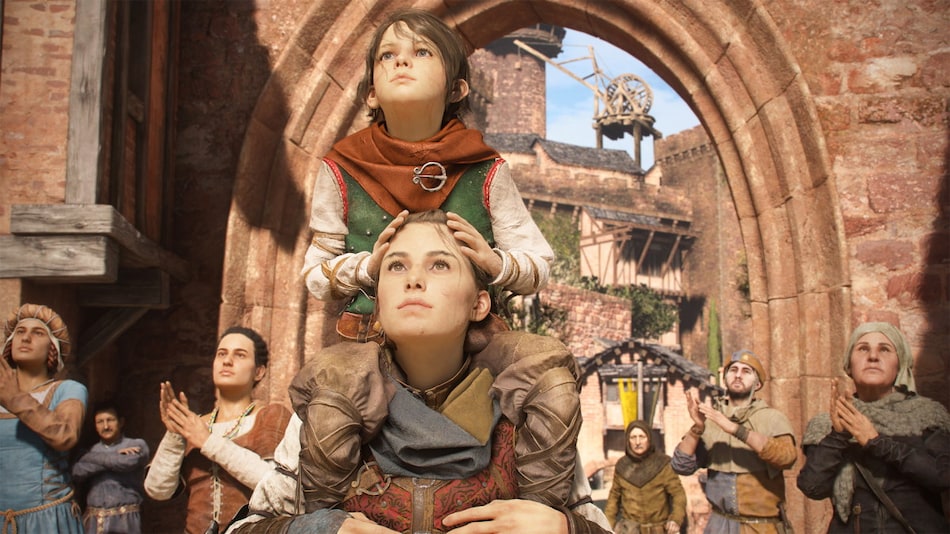 In A Plague Tale: Requiem, the on-screen rat count has been multiplied by 60

October 2022, or rather, its second half is jam-packed with new game launches, giving ample time for new first-person shooter Overwatch 2 to maintain its relevance. If online multiplayer isn't your forte, this month boasts several hotly-anticipated AAA entries, including Gotham Knights, A Plague Tale: Requiem, and Call of Duty: Modern Warfare 2 remake. The latter recently underwent an open beta testing period, providing fruitful results on the cross-play front. After an almost year-long wait, PlayStation is finally bringing Uncharted: Legacy of Thieves Collection to PC, letting a new generation of players experience Nathan Drake and Chloe Frazer's adventures in the wild.

Nintendo continues to dominate on the handheld front, as the Umbra Witch Bayonetta returns for a threequel. Despite adding a new set of special spells, the game retains its fast-paced hack-and-slash methodology, allowing for hybrid experimentation on the field. Then there's Mario + Rabbids Sparks of Hope — a returning collaboration between Nintendo and Ubisoft — where iconic characters from the franchise embark on an interstellar journey to save the Spark companions.

And if that frantic playstyle tires you out, go for a “relaxing” trip to the plague-ridden streets of France, as you guide siblings Hugo and Amicia onto a breathtaking island, in the upcoming Plague Tale sequel. Then there's Bloody Ties, the much-awaited story DLC for the zombie-parkour game Dying Light 2, where Aiden enters into a bloodsport tournament, only to realise there's much at stake.

With that, here are the nine best and biggest titles coming to PC, PS4, PS5, Switch, Xbox One, and Xbox Series S/X in October 2022.

Filtering its team composition down to a 5v5 meta, at launch, Overwatch 2 will function similar to the original 2016 game, albeit with some new maps and hero reworks. Technically speaking, it's a revamp that will completely replace its predecessor, encouraging a faster playstyle and paving way for the PvE element, which is planned for the future. The build, releasing in October will sport an “early access” label and only allow for online multiplayer, with a fresh battle pass system akin to most shooters these days.

Besides the updated graphics and a geometric UI, Overwatch 2 brings in three new heroes — Sojourn, Junker Queen, and the newly-announced Kiriko — all of whom will be available for competitive play. The “sequel” brings support for cross-play and cross-platform progression, alongside seasonal updates, ensuring new content every nine weeks. As for how long Blizzard manages to maintain/ increase its player base with this new model will be revealed in time.

Set in Southern France, A Plague Tale: Requiem follows the story of Amicia and Hugo de Rune, siblings who are fleeing the French Inquisition and the Black Death plague. You must step into Amicia's shoes, as she attempts to look for an island that may offer a cure for Hugo's blood disease. In the upcoming title, you can utilise a knife, a sling, and a crossbow that shoots bolts at enemies. The game also lets you ignite foes with tar.

The game is set six months after the events of A Plague Tale: Innocence, which was released in 2019. While attempting to stay safe from the rats spreading the plague, both Amicia and Hugo must stay in the light. However, they can also be used to your advantage, to solve puzzles, or to attack foes. Meanwhile, Hugo can use a special ability to locate enemies, even if they aren't in the same room. You can also upgrade skills to improve stealth or combat abilities in A Plague Tale: Requiem.

The latest PC port from PlayStation, Uncharted: Legacy of Thieves Collection is a remastered version of Uncharted 4: A Thief's End and Uncharted: The Lost Legacy that will arrive on PC 10 months after it landed on the PS5 in January. This action-adventure title will be fully optimised for PC, along with quality-of-life improvements that include a redesigned interface, GPU and VRAM detection, and scale sliders, according to a previous report.

Uncharted: Legacy of Thieves Collection will let you play as treasure hunters Nathan Drake and Chloe Frazer, but you'll only have access to the single-player campaigns from both games. You can tailor your graphics settings to your hardware, while playing at 4K resolution on ultra-wide monitors. The game will also support DualSense controller input, along with haptic feedback and vibration, just like Sony's latest consoles.

When: October 20
Where: Nintendo Switch

Heroes from the Mario and Rabbids universes must join forces to embark on a journey through different mysterious planets to save the Sparks from an evil entity named Cursa. This game comes from a collaboration between Ubisoft and Nintendo. It also serves as a sequel to 2017's Mario + Rabbids Kingdom Battle.

Mario + Rabbids Sparks of Hope will arrive with a roster of nine heroes, including Mario, Bowser, Peach, Edge, Rabbid Rosalina, and more. You will also be able to pair the Sparks you save with the Heroes of your party to make them even more formidable. The game will feature a strategic turn-based combat system that will also offer freedom of movement.

WB Games Montréal's upcoming open-world action RPG is based on the Batman: Gotham Knights comic series. Batman (Bruce Wayne) and Police Commissioner Jim Gordon have died, and the task of maintaining order (as vigilantes, of course) and ensuring justice is delivered falls to Batgirl, Nightwing, Red Hood, and Robin. All four characters offer different playstyles and abilities, including the ability to teleport.

You can also play Gotham Knights in cooperative mode, which allows you to drop in on friends, in addition to the single-player mode. Swapping characters in the game will require a visit to the Belfry, which serves as your headquarters.

The game allows teleportation via the Justice League satellite, alongside freeform city traversal on your Batcycle. Gotham Knights will offer mysteries to be solved and notorious villains to be defeated, according to the publisher Warner Bros. Interactive.

New Tales from the Borderlands

A spiritual successor to Telltale's narrative piece, New Tales from the Borderlands follows a trio of losers — the scientist Anu, her greedy brother Octavius, and Fran, the owner of a frozen yoghurt store, who's bound to a hoverchair. Together, the group embark on a genre-bending adventure, as they rebel against the oppressive invasion of Tediore.

Same as the original, the story will be divided into five chapters, featuring a choice-based dialogue system that affects the direction — to an extent. Fans can expect memorable Vault Hunters, psychos, corrupt CEOs, and an assassin bot to keep you company till the end.

The switch to Unreal Engine grants a solid visual boost, making its dated point-and-click mechanic slightly more bearable. The official listing also features an “Adventure Capital Pack,” consisting of cosmetics, 10,000 in-game currency, and an FL4K Vaultlander collectable. The inclusion is way off course from Telltale Games, which focused on providing a great narrative experience at a one-time payment. No separate editions or microtransactions.

An enhanced version of Persona 5, the upcoming Persona 5 Royal is set to bring new elements to the popular RPG for current-generation consoles. Persona 5 Royal was first released for the PlayStation 4 in March 2020, and introduces new content and plot elements. You must attend classes as a regular student and participate in extracurricular activities, while moonlighting as a Phantom Thief, targeting corrupt adults in order to change them.

Persona 5 Royal will also feature a Metaverse Navigator, that will allow gamers to scale walls and leap over obstacles in order to conquer Palaces and steal Treasures in the game. Atlus has also made all DLC from Royal accessible for free, on PC, PS5, Switch, Xbox Series S/X, and Xbox One, while the game will include subtitles in French, German, Italian, and Spanish for the first time in the series.

When: October 28
Where: Nintendo Switch

After a hiatus of nearly eight years, the Umbra Witch will finally make her return with the high-octane action of Bayonetta 3. And she won't be alone! Old and new allies, including a witch-in-training named Viola, will assist her on an adventure through the island of Thule. Bayonetta will encounter mysterious threats called the ‘Homonculi' and an evil entity named the Singularity.

Bayonetta 3 is a frantic hack-and-slash game that allows you to take down enemies using a combination of melee attacks and gunplay. The developer PlatinumGames has expanded on the already impressive arsenal of Bayonetta from the previous games. Witch Time, Torture Attacks, and Wicked Weaves make a return. Along with new tricks, including Demon Masquerade and Demon Slave.

Serving as a sequel to the 2019 Modern Warfare reboot, Call of Duty: Modern Warfare II will bring several improvements to the core gameplay with new gun-handling, advanced AI system, a new Gunsmith, and more. The game brings back the iconic Task Force 141 in the single-player campaign that will drop you into conflicts all across the globe.

At launch, the new Call of Duty: Modern Warfare II will include an immersive multiplayer experience. Modern Warfare II will also include a story-driven Special Ops co-op mode with tactical gameplay. The developer Infinity Ward has also promised post-launch free content that will bring new maps, modes, seasonal events, and more to the game.

New Tales from the Borderlands