The error was spotted last month on the Epic Games Store for FIFA 23 Ultimate Edition. 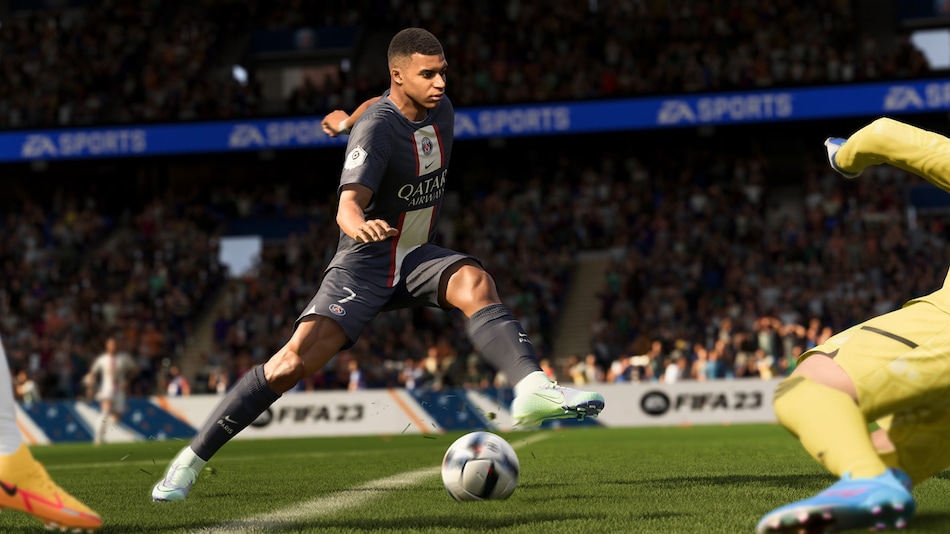 FIFA 23 buyers who managed to pre-order the game for Rs. 4.80 on the Epic Games Store can keep it. A recent pricing glitch allowed Indian gamers to pre-order the Rs. 4,799 Ultimate Edition on PC for less than Rs. 5. EA Sports have now come out and accepted the error on their part, and will be honouring all purchases made during the brief period. FIFA 23 launches September 30 on all major platforms including PS5, PS4, Xbox Series S/X, Xbox One, and Windows PC.

The glitch was spotted last month, right after EA Sports unveiled the first official trailer for FIFA 23. The Indian-edition of Epic Games Store made a blunder by placing the decimal point in the wrong place, taking down the price from Rs. 4,799.00 to Rs. 4.80. Early birds managed to snag the deal and shared their elation on social media, urging users around the world to change their region to India and pre-order it at dirt cheap price. The error was not seen on any other platforms or Steam.

Great to see @EpicGames coming through by honouring the Rs 5 accidental listing of #FIFA23 pic.twitter.com/lcUoXJSu85

The error was eventually corrected, and players were worried that Epic Games would either negate the purchases or ask for the remaining amount. However, in a series of emails sent to said customers, EA Sports have apologised, assuring them that they will be able to keep the copy. “A few weeks back, we scored a pretty spectacular own-goal when we inadvertently offered FIFA 23 pre-purchase on the Epic Games Store at an incorrect price,” says the email sent to players by EA Sports. “It was our mistake, and we wanted to let you know that we'll be honouring all pre-purchases made at that price.”

Pre-ordering FIFA 23 Ultimate Edition grants three-day early access to the game, starting September 27 and offers a bunch of in-game rewards. Players will receive 4,600 FIFA Points to spend on their Ultimate Team, an FUT Ones to Watch Player Item, a Team of the Week 1 Player, and cover star Kylian Mbappé as a Loan Item for 5 matches.

FIFA 23 is out September 30 on PC, PS4, PS5, Xbox One, and Xbox Series S/X. As stated above, purchasing the Ultimate Edition or subscribing to EA Play Pro gets you three-day early access from September 27. FIFA 23 Legacy Edition will be available on Nintendo Switch.