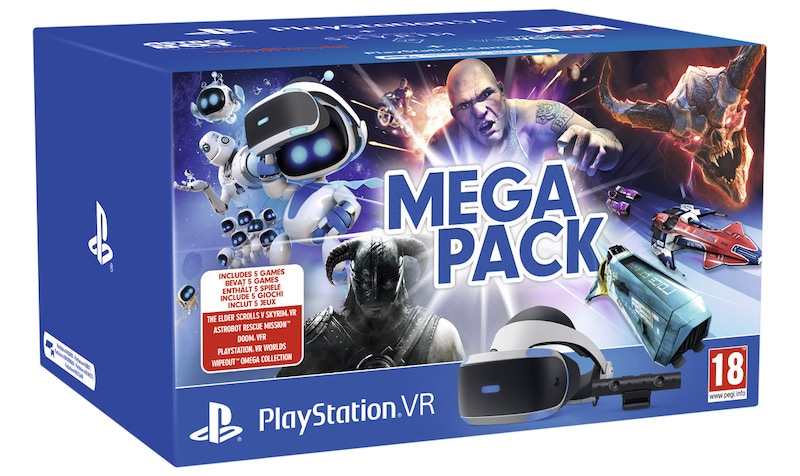 Keep in mind that the games with the PS VR Mega Pack have to be downloaded unlike past bundles that shipped with games on disc, making us wonder if this is the approach Sony plans to take going forward. Gadgets 360 has reached out to Sony for comment and will update this story if we hear from the company. This follows Sony dropping price on the PS VR camera bundle from Rs. 37,990 to Rs. 30,990. While PS VR is available for around Rs. 4,000 to 5,000 less via the grey market and parallel imports, some of which have found their way to Amazon's listings and don't have warranty in India. Something to keep in mind if you're looking to pick up PS VR now.

In our PS VR review we noted that while comfortable, the mess of wires made it far from ideal, but considering the price of other headsets such as HTC Vive, it still is the cheapest way to experience VR and the price cut makes it all the more affordable, if you already own a PS4- which isn't getting a price cut in India just yet.