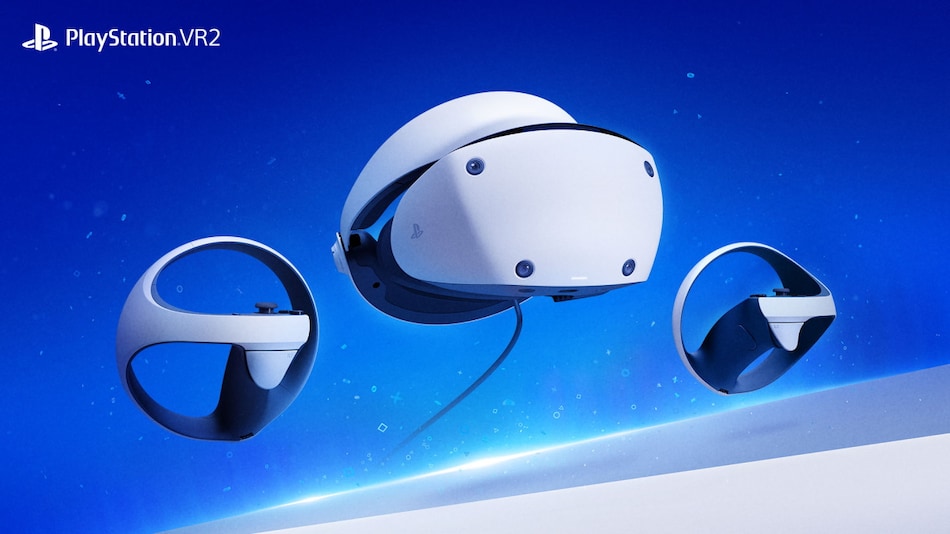 PlayStation VR2, Sony's next-gen virtual reality headset, is launching on February 22, 2023 and it costs more than a PS5. In a blog post, the company confirmed pre-order dates, alongside revealing the PS VR2 Sense controller charging station, which also drops on the same day. Pre-orders are scheduled set to go live on November 15, and it launches in two main editions: PlayStation VR2, and PlayStation VR2 Horizon Call of the Mountain bundle. The standard headset is priced at $549.99 (about Rs. 45,525), while the themed bundle costs $599.99 (about Rs. 49,669). No word on India price or launch as yet.

During its initial launch phase, players in the US, UK, France, Germany, Belgium, Netherlands, and Luxembourg will be able to pre-order PlayStation VR2 solely through the online storefront at direct.playstation.com. However, interested parties are required to register for the November 15 pre-order, which is currently live on the official website.

All orders — both solo and bundle editions — from the online direct website will be shipped throughout the first launch week. In other markets, PlayStation VR2 will only be available through participating retailers, with pre-orders kicking off on the same day. As I said before, there is no word on an India launch. “Availability in each country is subject to local import regulations,” reads Sony's blog post.

The standard PlayStation VR2 package, priced at $549.99, comes with the PS VR2 headset, PS VR2 Sense controllers and stereo headphones. Whereas, the PlayStation VR2 Horizon Call of the Mountain bundle includes the said items, alongside a PlayStation Store voucher code for the Horizon VR game, first revealed at CES 2022 earlier this year. Both boxes appear different in terms of design, but the latter happens to have a digital code for the game, Horizon Call of the Mountain, thrown in there. The title will also be available for pre-order separately, later this month.

Then there's the PlayStation VR2 Sense controller charging station, priced at $49.99 (about Rs. 4,139), allowing players to charge their controllers through a simple “click-in” design, thereby freeing up ports on the PS5 console.

The company had confirmed 20 “major” games at launch for the PS VR2, including the aforementioned Horizon game. Resident Evil Village, No Man's Sky, The Walking Dead: Saints & Sinners, and Star Wars: Tales from the Galaxy's Edge – Enhanced Edition were also part of the list.

Sony has now added 11 more titles into the mix for the PlayStation VR2.

While Sony has not revealed how much the PlayStation VR2 weighs, spec details for the same have been out for a while now. The PS VR2 promises a 4,000 x 2,040 OLED panel resolution (2000 x 2040 per eye), which can run at 90Hz or 120Hz refresh rates, enabling smooth navigation while gaming. The headset is also poised to feature a 110-degree FOV (field of view), the same as its predecessor. A 1080p cinematic mode is included as well, which streams the PS5 user interface and all non-VR games onto a virtual screen, running at 24Hz or 60Hz.

There's a see-through toggle as well, allowing PS VR2 users to see their surroundings without having to take the headset off, thanks to inbuilt front cameras on the visor. Meanwhile, the included Broadcast mode lets you stream your gameplay on platforms such as Twitch or YouTube, while connected to the PlayStation 5 HD camera.

Present-day virtual reality systems need tracking cameras to be set up in either corner of the room for height adjustments and to create a play area. The PlayStation VR2 headset, however, is equipped with four integrated cameras that track hand and controller movement. Any head tilt or shift motion is detected and instantly reflected onto your character in-game. Then there's a sensory feature that relies on a motor vibration, to add an intelligent tactile element, emulating senses from within the game. At CES 2022, PlayStation stated that once your character stops sprinting, the PS VR2 headset motor will start throbbing to resemble an elevated pulse rate.

The new PS VR 2 controllers feature a massive design change, ditching the light-up microphone style for a rounded, orb-like structure. Dubbed the ‘Sense Controllers,' they follow a similar design to the more typical VR controllers, akin to the Oculus Quest 2, and come with haptic feedback.