PlayStation VR2 will feature a new vent design to prevent the lens from fogging up. 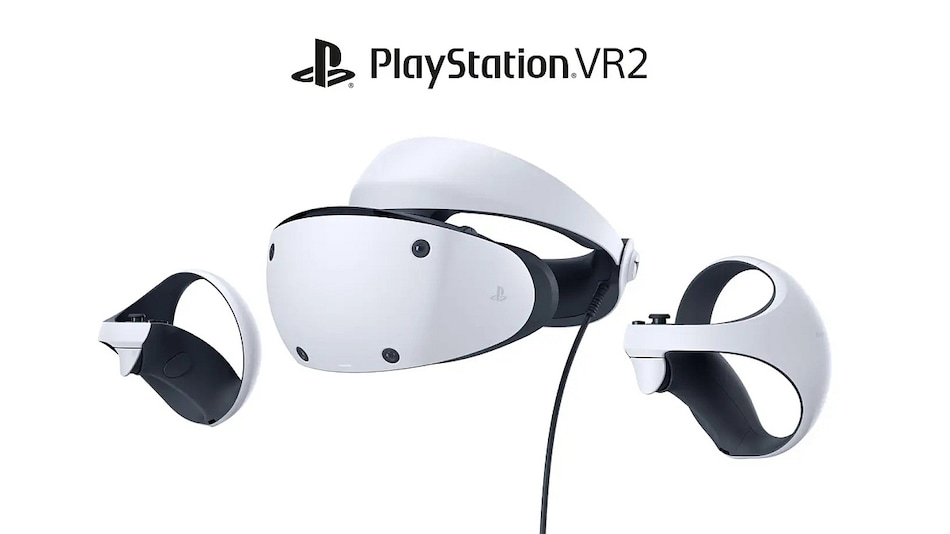 PlayStation VR2 — the Japanese company's next-generation virtual reality headset — was unveiled by Sony on Tuesday. Sony's new PS5 peripheral is clearly inspired by the design of the PlayStation 5. The company also showed off the new PlayStation VR2 Sense controller, which sports a new circular orb-shaped design. Sony says it has retained the ergonomics of the original PS VR headset, while adding new features such as a lens adjustment dial and a built-in motor for headset feedback. The company is yet to reveal when the PS VR2 system will be available to consumers — or what it will cost.

In a blog post showing off the latest PS VR2 headset from the company, Sony explained that the new headset was inspired by the look of the PS5 console. While the console has flat edges intended for placement on a flat surface, the company says that the PS VR2 headset features a rounded design because it is meant to have constant human contact, just like the rounded edges of the DualSense controller and the Pulse 3D headset.

PlayStation VR2 will also be equipped with a lens adjustment dial, according to Sony
Photo Credit: Sony

Sony says that it has used feedback on the ergonomics of the first PS VR headset while creating its successor, such as weight balancing and the adjustable headband. Similarly, the adjustable scope and stereo headphone jack placement have not been modified for a more familiar experience. Meanwhile, Sony has added new features including a lens adjustment dial, which allows users to optimise the view on the headset by matching the lens distance between their eyes.

The upcoming PS VR2 headset also features a new built-in motor for headset feedback, and Sony says that it has managed to do so while offering a slimmer design compared to its predecessor. The PS VR2 headset will also feature a new vent design, located in a space between the top and front surface of the scope, for better airflow while preventing the lens from fogging up while playing.

Some of these details were first revealed at Sony's CES 2022 conference in January. The upcoming PS VR2 will offer 4K OLED HDR displays (2,000x2,040 pixels per eye) with a 110-degree field of view (FoV) and a refresh rate of 90-120Hz. The PS VR2 headset will offer eye-tracking for improved, intuitive interaction and power efficiency as the headset will only render what a player is looking at. It will feature four cameras for headset and controller tracking, and IR cameras for eye tracking. Sensors on the PS VR2 headset include a three-axis gyroscope and a three-axis accelerometer, as well as an IR proximity sensor.

Sony says that PS VR2 development kits have already been sent out to game creators, which means that the headset's launch will be accompanied by the release of games that take advantage of the new hardware on the PS VR2 headset. That makes sense. What good is new gaming hardware without games? Back at CES 2022, Sony announced Horizon Call of the Mountain for PlayStation VR2.

As previously mentioned, Sony is yet to reveal the pricing details of the PS VR2 headset and the PS VR2 Sense controller, or when they will be available to customers.