Resident Evil 4, 5, and 6 Announced for the PS4 and Xbox One 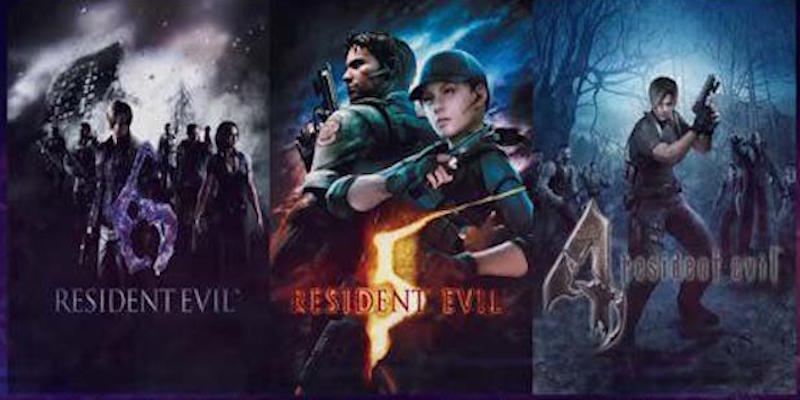 Japanese publisher Capcom has just announced that the last three mainline entries in the Resident Evil series, Resident Evil 4, 5, and 6 are coming to the PS4 and Xbox One.

This comes in the year of the series' 20th anniversary. Resident Evil 6 will be first, hitting the PS4 and Xbox One on March 29. No dates for Resident Evil 4 or Resident Evil 5 have been announced barring a fall and summer 2016 window respectively. An odd way to release the games as logic would dictate following series chronology. With a Resident Evil 2 remaster on the way and the original Resident Evil out last year, it's just a matter of time before we see Resident Evil 3 hitting PCs and current generation consoles.

At the moment though, it doesn't seem that Capcom is revealing what extra content to expect with the games. In the past we've seen Resident Evil 0 available with the excellent Wesker Mode that livened things up a bit. Hopefully there will be some additional content to go with these. The company hasn't confirmed if there will be a physical release either. Though we won't be surprised to see one with all three games after Resident Evil 4 is out similar to how Assassin's Creed Chronicles was on disc after Assassin's Creed Chronicles: Russia was available.

While Capcom has been quiet on its plans for the survival horror franchise, aside from its high-definition ports of old games, this could lead to a brand new entry soon enough. Could E3 2016 play host to a Resident Evil 7 announcement? Only time will tell.

League of Legends Goes Social With League of Friends for Android, iOS
Doom Will Run at 1080p, 60fps on PC, PS4, and Xbox One: Bethesda