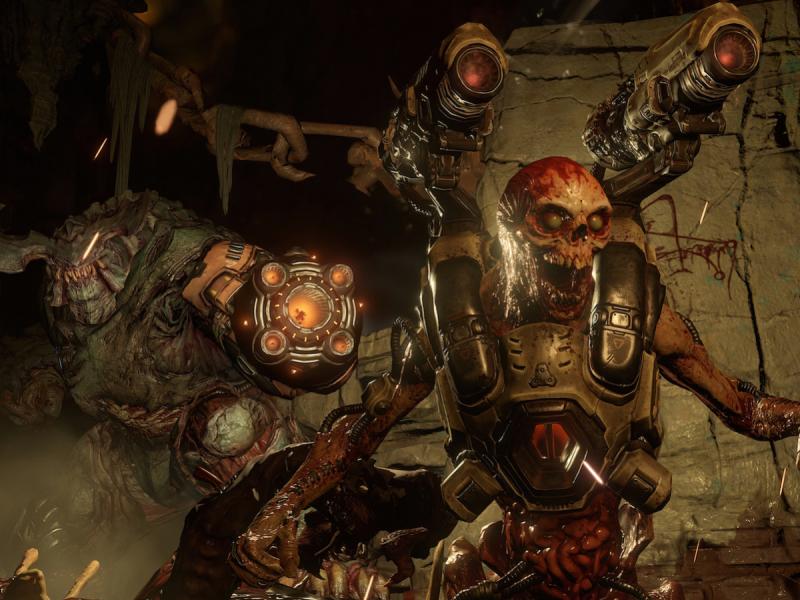 First-person shooter Doom run at 1080p, 60 frames per second on all platforms. The news comes via a post by publisher Bethesda on its website.

It's a surprisingly brave statement considering that most games on the PS4 and Xbox One have either managed a steady 60 frames per second or 1080p but rarely both. With the PC being as flexible as it is, this is hardly an issue, save rare exceptions. Developer id Software claims it has to do with the game using a brand new engine called idTech 6.

"We want players to wonder how Doom and idTech 6 games can be so visually stunning at 60 frames-per-second at 1080p on all platforms, when other titles cannot even achieve a similar look at 30 frames-per-second," says Lead Project Programmer Billy Khan at Bethesda-owned studio, id Software. "Our goal is to be the best-looking game at 1080p at 60fps."

(Also see: Doom Is (Finally) Out This May. Play These 5 Games First.)

This doesn't mean Doom will skimp on the details either. Expect it to be as detailed as you'd expect from a first-person shooter made for current generation hardware.

"idTech 6 allows the artists and designers to quickly decorate the world with fine details," Khan explains. "idTech 6's physically based renderer and dynamic lighting system allows our artists to make our characters and environments more realistic and stunning than ever before."

Doom is out on May 13 for the PC, PS4, and Xbox One. It will retail for Rs. 2,999 on the PC and Rs. 3,499 on the PS4 and Xbox One. If you're looking for something a little more substantial, there's the Doom Collector's Edition for consoles as well.

Resident Evil 4, 5, and 6 Announced for the PS4 and Xbox One
The Division Street Date Broken in the United Arab Emirates. India Release Imminent?