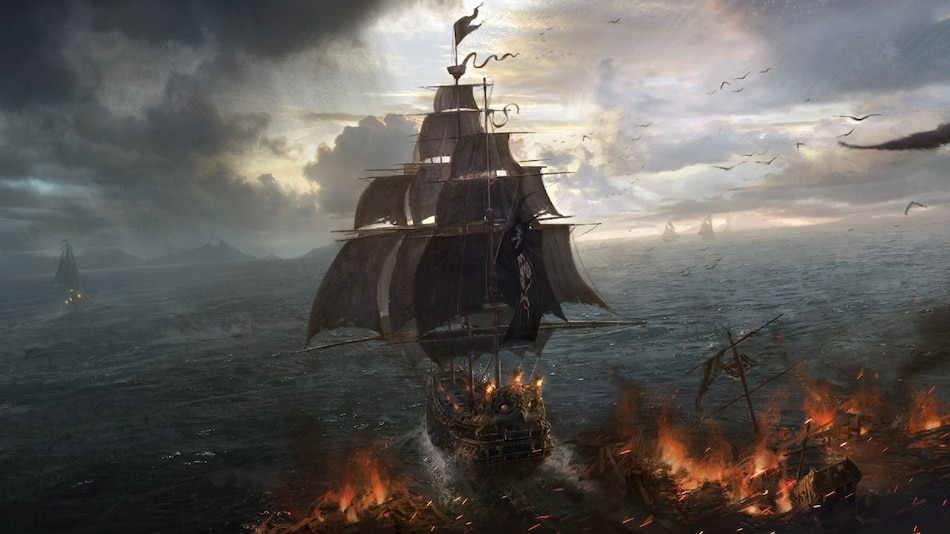 Skull & Bones was originally intended to be a spin-off of Assassin's Creed IV: Black Flag

Skull & Bones might finally — finally — be setting sail on November 8, after years of being stuck in development hell. An industry insider has revealed a supposed Xbox Store entry for this game that shows said release date. The alleged listing also includes several DLC packs that might be available at launch. Ubisoft Singapore reportedly began its development in 2013 as a spin-off of Assassin's Creed IV: Black Flag. Now, almost a decade later, there is still no official release date for Skull & Bones.

The alleged Skull & Bones Xbox Store listing was shared by industry insider Aggiornamenti Lumia (@ALumia_Italia). The tweet mentioned that Skull & Bones would launch with a plethora of DLC packs, including the pre-order bonus, Bloody Bones' Legacy Mission, The Ashen Corsair Mission, Smuggler Pass Token, Digital Soundtrack and Artbook, and Premium Bonus Pack. Lumia also shared that Skull & Bones would release on November 8. Ubisoft is yet to officially announce the release date. However, notable tipster Tom Henderson (@_TomHenderson) has corroborated the claims made by Lumia, giving weight to the November 8 release date.

Skull & Bones was initially revealed by Ubisoft during its E3 2017 event, followed by an extended gameplay trailer at E3 2018. For the next few years, the winds died down for the game as it got pushed back into obscurity. The game recently resurfaced into the limelight after its test footage reportedly got leaked on Reddit offering a detailed look at the gameplay.

Set in the open waters of the Indian Ocean, Skull & Bones will allow players to explore solo or as a crew of five players. This sounds like Xbox's Sea of Thieves, except it's not cartoony. Pirate ship battles will serve as the core part of the game, as other players will be able to battle you and take your dropped treasure. Played from a third-person perspective — just like Assassin's Creed — players will be able to customise their character, and manage the ship and its crew.

Skull & Bones is now expected to release on November 8 on PC, PS4, and Xbox One. It was previously expected in 2019. Given new consoles have launched in the intervening years, Skull & Bones is likely to also arrive on PS5 and Xbox Series S/X.