The Witcher: Monster Slayer is based in the Witcher universe and gamers play as a Witcher hunting monsters in the wild. 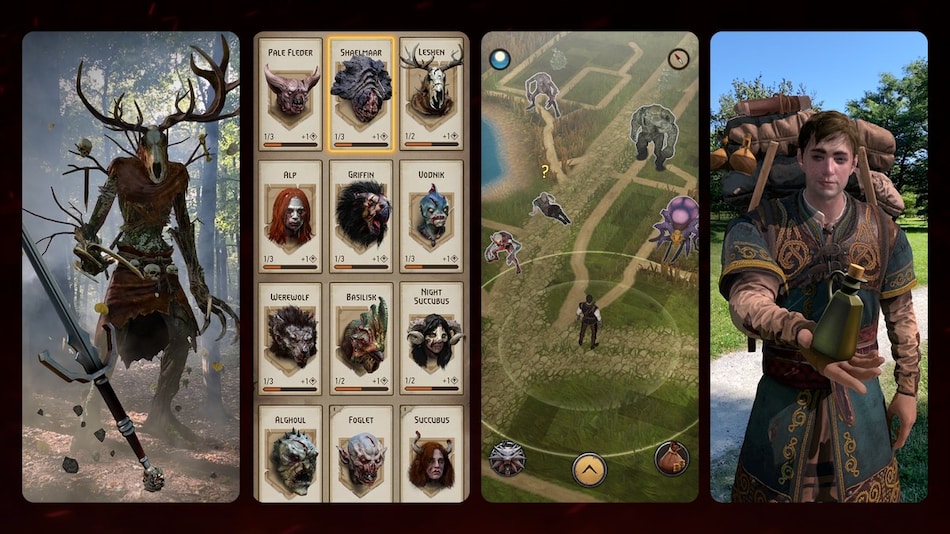 The Witcher: Monster Slayer does not have a release date yet

The Witcher: Monster Slayer augmented reality (AR) mobile game has been announced by CD Projekt through a trailer on YouTube. The mobile game has been developed by CD Projekt's Spokko, the team that looks after mobile games. The Witcher: Monster Slayer will be free to play and brings Pokemon Go like gameplay where the players will have to explore the real world to come across, battle, and defeat monsters. The trailer shows a glimpse of how the game works and looks like.

The official announcement trailer that was posted by the game's YouTube channel shows a player exploring a forest where he comes across a forest spirit known as a ‘Leshen' in the Witcher universe. The gameplay mechanics have not been revealed yet but it seems similar to Pokemon Go. You play as a Witcher and the game uses real world location tracking and AR technology to show players locations of monsters they can fight.

According to CD Projekt, time of day and real-life weather conditions impact some aspects of The Witcher: Monster Slayer. “Preparation is key in order to defeat tougher enemies, as players will need to brew powerful potions and oils, craft bombs and monster bait, and upgrade their character before putting these beasts to the sword and signs in first-person AR combat,” the studio explains.

The screenshots posted on the official website show first person combat, the trophies of defeated monsters (just like Geralt in The Witcher game series), an in-game map based on the local area, and side characters that will presumably act like shops where players can buy potions and other items to assist them on their quest.

The story for The Witcher: Monster Slayer is based on the mainline Witcher series and is expected to be more lore-focused than Pokemon Go.

The timing for this announcement seems a bit peculiar as stepping out of the house to explore is not possible given the current scenario. Maybe CD Projekt will wait till the situation has improved to release the game. As of now, it does not have a release date, which will be announced later this year.