Dying Light Review: Run as Fast as You Can 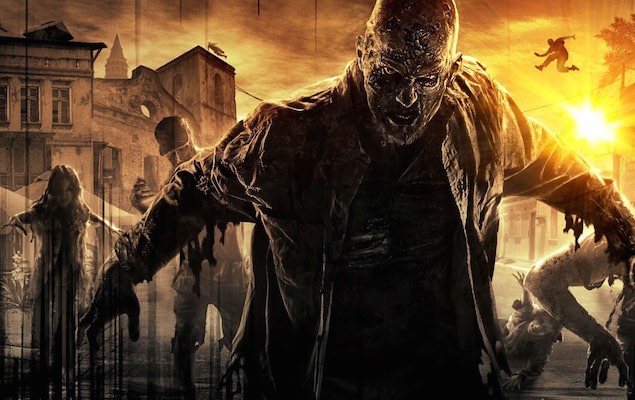 It's the zombie apocalypse. And instead of being in the safe confines of a bomb shelter, we're at a video store in search for a movie for a mentally challenged man. In a huge dollop of irony, the film we're looking for is none other than Charly.

If perusing through a dimly-lit, abandoned video store wasn't a thrill in itself, leaving the front door ajar turns out to be the perfect invitation to be attacked by zombies.

Shambling in, a molotov cocktail made short work of them, charring their flesh, giving us enough time to traipse over a few of them as we made our exit. Only to find our gibs splattered over the pavement.

Evidently that hissing sound we heard a few seconds ago was from the oxygen tank on a zombie in a hazmat suit. It created a chain reaction leading us to respawn and try again. 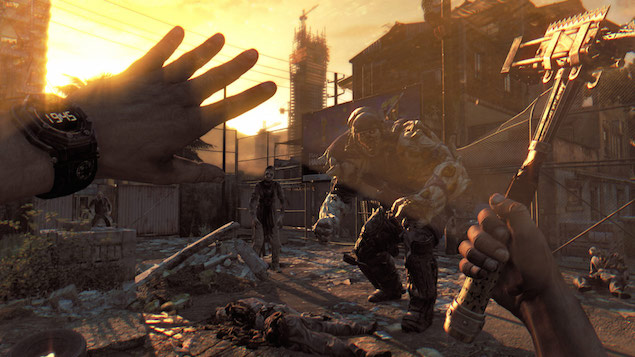 Welcome to the wonderfully bizarre world of Dying Light. You're Kyle Crane, an operative charged with eliminating a local political figure in the city of Harran that's overrun with the undead. Without spoiling much, you'll find yourself embroiled in the day to day struggles of its survivors and factions as you seek to complete your job - like hunting down old movies from a derelict video store, one of the game's many side-quests. The narrative is solid and does a good job of keeping you hooked. Not entirely necessary given how strong some of the game's mechanics are, but a welcome addition nonetheless.

Most of game has you scurrying across a city peppered with the infected. Thankfully you're blessed with parkour skills that make traversal anything but a pain. In our interview with the game's producer, Tymon Smetkala, he mentioned that you could "climb anywhere" and he wasn't wrong. Window sills? Craggy rocks? Telephone poles? Almost everything in Dying Light is climbable. And with the click of an analogue stick, you'll find yourself sprinting through the city without a care. Be it wallruns or jumping over hordes of undead as you scurry towards a safe zone, traversal in Dying Light is a thing of beauty.

Furthermore, it doesn't feel oversimplified thanks to canny level design. While you'll free-run the length and breadth of Harran, finding the right nooks and crannies to exploit in order to get to exactly where you need to be ensure that your gray cells will be taxed a little more than most other games that feature free-running. 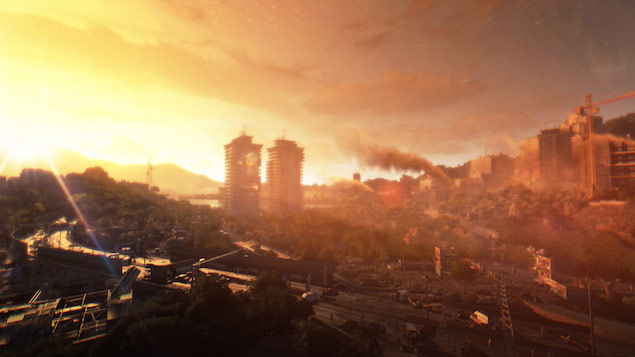 Running isn't the only thing you'll do in Dying Light. From slamming craniums with a sledgehammer to laying traps to electrocute an entire bunch of zombies, there's a fair bit of violence to indulge in. The melee combat, in particular, feels just right. Every punch, kick, knife stab or wrench hit is weighty, and seemingly real in execution in the sense that it would take more than a couple of swings of a cricket bat to bring death to the undead. No one-hit-kills here. There's a visceral, almost primitive, feel to the proceedings that make it supremely satisfying.

Flawless combat aside, there's a day and night cycle too. While not entirely a new idea in games, it's implemented in a way that it leads to some of the most tense segments of the game. At night, your garden variety walking corpse becomes as an agile harbinger of death. It's a case of the hunter being the hunted and turns the entire, almost empowering, feeling of the day sections on its head. Instead of using your free-running skills to get the better of your foes, you'll jump, climb and slink away from them. It plays like a stealth game, forcing you to cling to the few, well-lit areas of the city as you move from one point to the next, breaking into a run the moment you spot a highly mobile monster.

However it's not all drear and fear at night. The game levels up your parkour and fighting skills as you play. At night, the experience points doled out is double, allowing you to unlock newer abilities such as dropkicks and hurling weapons at your enemies even faster. On the topic of weapons, you can combine a host of items to interesting effect such as sticking a battery to a knife. This results in zombies electrocuted with every successful jab. 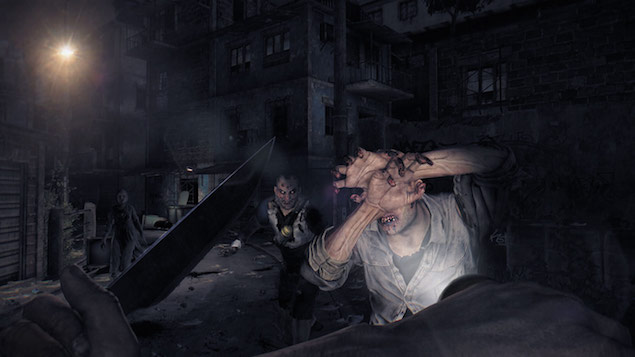 As you progress you won't just face off against the undead, in some cases, there are humans to contend with as well. In these instances you're best served using throwable items such as molotov cocktails and throwing stars due to the propensity of these foes to dodge pipe swings and punches.

Where the game does drop a beat, however, is in its mission structure. More often than not, you'll find yourself fetching items or running errands or simply moving from one point to the next. Thanks to the immersive traversal and combat, it never devolves into a chore. In fact it allows you to forge your path across the city with your own tales to tell your friends, much like our little adventure at the video library.

Speaking of friends, the multiplayer component of Dying Light is a treat. Much like developer Techland's Dead Island, you and your buddies will run and bludgeon through the story objectives with a few challenge such as rescuing survivors, racing to a specific point, or dealing the most damage to your enemies. Borrowing a leaf from Demons Souls, you can partake in the game's Be The Zombie mode. This lets you invade a friend's game as a highly evolved monster complete with tentacles that let you bound through the air and using screams to find humans. It's a fun addition that rewards creeping up on other players instead of noisily running after them. 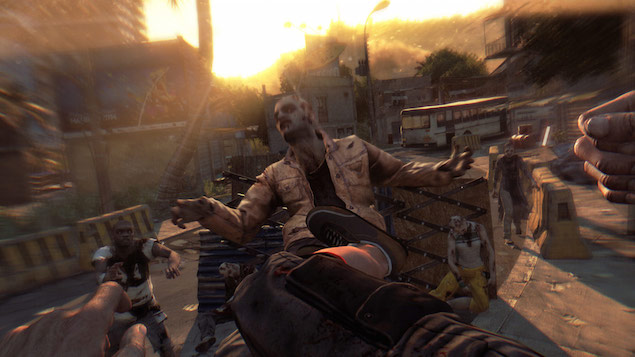 As it stands Dying Light is perhaps the first game of the year, which is not a remake or a remaster, worth getting your hands on. Thanks to strong core mechanics in its combat and traversal it remains a joy to play even when the missions promise otherwise. The zombie apocalypse maybe a setting that's done to death but Techland proves there's still some life in the concept with Dying Light.