The Avengers game is super-ambitious but the beta gameplay is flawed. 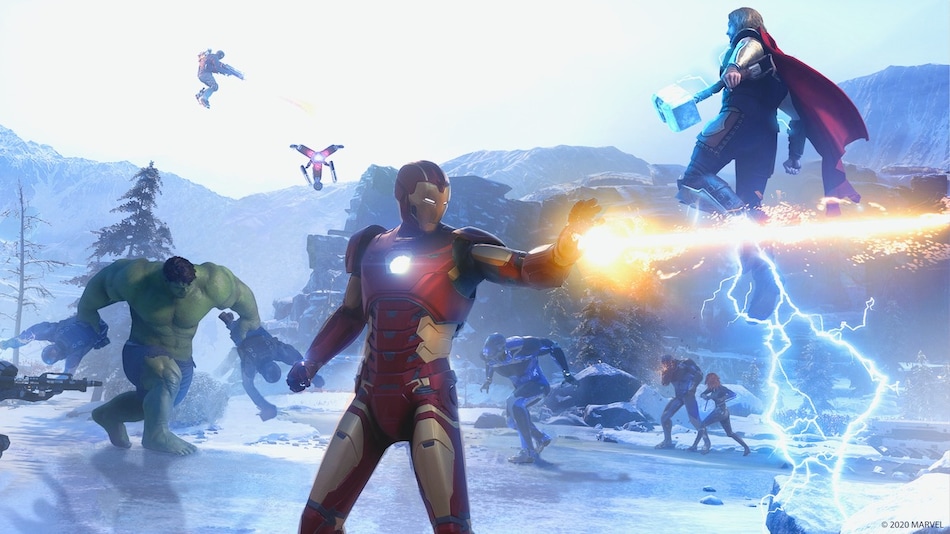 The launch of the Avengers game beta was meant to be an exciting time for Marvel fans. Over three years after it was first announced, gamers could finally experience what it felt like to play as their favourite superhero in what's promising to be a super-ambitious adventure. But then earlier this week, Marvel's Avengers developer Crystal Dynamics soured that by revealing that Spider-Man would be an exclusive character to PlayStation, a baffling move for a game not made by a Sony-owned studio. What could have been great news — Spider-Man in the Avengers game! — ended up as yet another indictment of Sony's anti-consumer behaviour.

Take the beta's initial availability — only for PS4 pre-orders this weekend — as further proof. Sony has not only used its relationship with Marvel to restrict Peter Parker to its console-verse, but it also struck a deal with Marvel's Avengers publisher and fellow Japanese gaming giant Square Enix. Even though PC and Xbox One owners have paid upfront for the Avengers game, they don't get access to the pre-order beta for another week. Still, when the Avengers beta does open up to all platforms, it's got other problems. Crystal Dynamics wants Marvel's Avengers to be a co-op experience, but it refuses to comment on the possibility of cross-platform play.

More importantly, the Avengers game suffers from a case of sensory overload. There's so much happening at any given moment in Marvel's Avengers that it's virtually impossible to process all of it. And when that happens, the natural tendency for humans is to panic. In gaming terms, that means smashing all the buttons. Except Marvel's Avengers isn't designed to work that way. It requires you to not only adopt a different strategy against different types of enemies, but also prioritise and focus on the right opponent at the right time. If you don't, you'll find your superhero losing a lot of health to specialised ranged shots, and in turn, forcing you to redo part of the level over and over.

And that's not the only gameplay design issue. The superheroes on Marvel's Avengers can be upgraded in a number of ways; you can teach them new skills, you can unlock new costumes, and you can earn new gear. While some of it is combat-driven, some is about destroying random objects. No, we're not kidding. Marvel's Avengers feels like a Lego game at times as you go about breaking everything in the environment to earn resources that you'll need for upgrading your gear. It seems like a waste of time. Surely superheroes have bigger things to focus on than loot?

Even with new gear, it's not linked to character progression but rather hidden in crates inside buildings. Owing to this, during missions, I was more bothered looking for crates and smashing everything in my sight, than focus on the task at hand. (Add to that the hilarity of Hulk patiently opening a crate, and not just smash it to pieces, as you would expect him to.) There are better ways to go about this, as has been shown by countless other games, including critically-acclaimed superhero entries in the Batman: Arkham series and the PS4-exclusive Marvel's Spider-Man.

Where the Avengers game does shine is in the sheer variety that's on offer. The beta drops you into a giant set-piece on San Francisco's Golden Gate Bridge — the one shown in the early trailers — as the Avengers are confronted by Taskmaster and his goons. It serves as a great way to introduce the roster and their capabilities. Thor has Mjolnir, Cap has his shield, Black Widow is agile, Iron Man can fly and shoot “repulsor blasts”, and Hulk, well, smashes. You can feel the differences between the Avengers, be it the way they move or the repertoire of attacks. Some combos and special moves are especially cool to see, including Kamala Khan's wrestling-inspired takedown that involves her getting big and then landing on an enemy sideways with her giant fist.

Oh right, Kamala. The Pakistani-origin teen — also known as Ms. Marvel — is at the heart of Marvel's Avengers, though it's not as keenly felt in the beta as her story has been chopped to pieces to not spoil the full experience at launch. But more importantly, Kamala's inclusion in the Avengers game is a good step for minority representation and reflects well on Crystal Dynamics, given it's taken over a decade for the Marvel Cinematic Universe to bring Ms. Marvel into the fold. In such a situation, this might be nit-picking, but Kamala's grasp of her native language isn't on point at times. Instead of saying “um-me”, she pronounces the Urdu word ammi — it means mother — as it's written in English. Weird when they've a second-gen immigrant voice actor (Sandra Saad) on board.

Being a beta, Marvel's Avengers has bugs and performance issues, expectedly. Flying enemies or those kicked by a superhero got stuck in inanimate environmental objects at times. They couldn't fire at us anymore but we couldn't damage them either. For progression sake, we had to jump and kick them out of the object they were stuck in before we could kill them. And during particularly intense moments — the Avengers game is overcrowded with bodies in general, but certain moments are heavier due to special moves — Marvel's Avengers beta temporarily froze and then dropped several frames. Hopefully these concerns are limited to the beta and will be ironed out by full launch in September.

The graphics aren't anything to write home about, though we admit that the PS4 is arguably the weakest system Marvel's Avengers will be available on. In addition to the aforementioned PC and Xbox One, the Avengers game is also available on the half-gen upgrades PS4 Pro and Xbox One X and coming to next-gen consoles PS5 and Xbox Series X. (It's also on Google's cloud-driven Stadia, but that's not in India.) We can't wait to see how Marvel's Avengers looks like on the new consoles; it's a launch title and will be a free upgrade for those moving across generations. And despite its chaotic nature, we are looking forward to spend more time with the beta across the three weekends of its availability. See you in the game, Avengers.

Marvel's Avengers beta is available August 7–9 for PS4 pre-orders, August 14–16 for PS4, Xbox One, and PC pre-orders, and open to everyone between August 21–23. The game is out September 4.