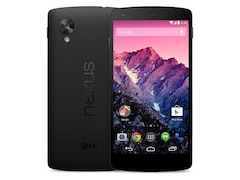 It caught everyone's fancy from the time it was first leaked in a video, and since then, all Android enthusiasts, and especially the ones who swear by the pure stock user interface of the operating system, have been eyeing this smartphone. No prizes for guessing, we're talking about the Nexus 5, Google's new platform showcase device which has been manufactured by Korean electronics giant, LG. It's also the first time that Google has launched its flagship device in the Indian market just weeks after its international launch. The pricing of the phone and the promise of priority software updates makes it an irresistible proposition. So, how does it perform in real world conditions? We put it to test and find out in our review.