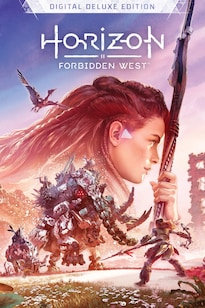 Horizon Forbidden West — out February 18 on PS4 and PS5 — is an expansive game. For better and worse, that's typical of modern-day role-playing titles that are meant to serve as flagship products for gaming giants. In industry parlance, these are known as AAA releases. (For 2022, Horizon Forbidden West is one of three confirmed games — alongside Gran Turismo 7 and God of War Ragnarök — Sony is set to release for its elusive next-gen console, the PlayStation 5.) A lot of what Horizon Forbidden West does feels like a version of what is going around in open-world AAA games everywhere. The vast map is populated with endless icons, there's a lot of loot to be collected (a major annoyance in the aftermath of a big battle), and you're asked to grind your way through.