Amazon had swung the Alabama union vote in its favour in April 2021 but re-election was ordered over its interference. 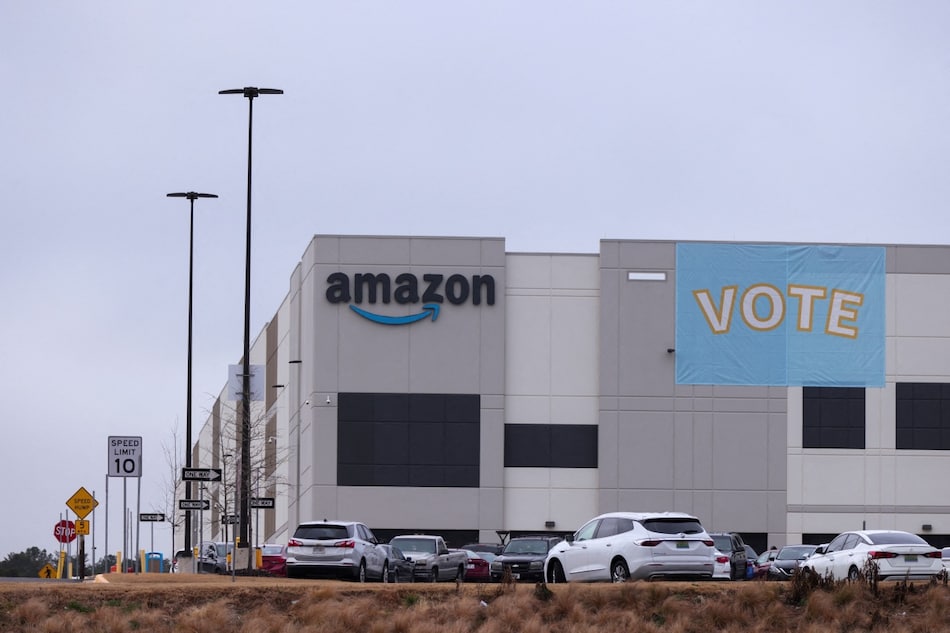 A labor group seeking to unionise Amazon workers in Alabama accused the retail giant Tuesday of "unfair labour practices" over its comportment during the vote.

Organisers of the unionisation campaign in Bessemer, Alabama, said in a press release Amazon's actions amounted to a "continuance of the company's conduct aimed at interfering with the right of employees to organise."

The National Labor Relations Board (NLRB) mailed out ballots to workers earlier this month and said it will begin counting them on March 28.

Amazon easily prevailed in an April 2021 vote at the facility, but the NLRB last fall ordered a new election after ruling the company had violated rules during the vote.

The closely-watched campaign comes as Amazon faces a similar vote in March at a facility in Staten Island, New York.

Among the charges listed Tuesday are allegations that Amazon removed pro-union literature from break rooms and required employees to attend meetings where they were subjected to "anti-union propaganda," the Retail, Wholesale and Department Store Union said.

Because the meetings are mandatory, they violate workers' right to "refrain" from such activities, the union said.

An Amazon spokesperson said the company had not yet seen the filing but "we're confident that our teams have fully complied with the law," adding, "Our focus remains on working directly with our team to make Amazon a great place to work."