Amazon Said to Issue Notice to Future Group, Asks Them to Refrain Transaction With Reliance Industries

Amazon claims that Future Group has fraudulently handed over 835 retail stores to the MDA Group. 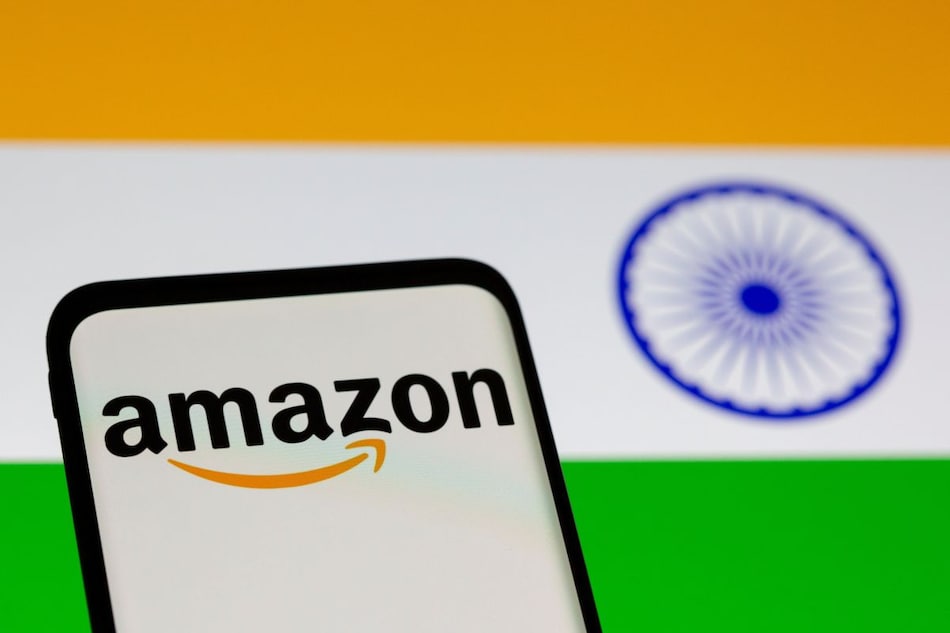 E-commerce major Amazon has sent a notice to Future Group promoters asking them to refrain from entering into any kind of transaction with Reliance Industries either directly or indirectly, source aware of the development said on Tuesday. The notice follows reports that the Future Group is in the midst of negotiations with Mukesh Dhirubhai Ambani (Reliance Industries Limited) Group (MDA Group) for sale of its supply chain and logistics businesses.

Amazon in the notice dated June 6 to Future Group promoters said that the scheme of arrangement between Future Group and Reliance was rejected by the creditors of Future Retail Limited (FRL), but still "FRL has through a fraudulent and convoluted stratagem already handed over as many as 835 retail stores to the MDA Group and now intends to transfer the entire supply chain, warehousing and logistics business by way of the proposed transaction to the MDA Group.

It said that the the "proposed transaction is in continuation of a larger fraudulent stratagem to give effect to the impugned transaction by circumventing the binding injunctions contained in the EA (Emergency Arbitrator) order and subsequently re-affirmed by the arbitral tribunal in the tribunal order," the notice said.

Amazon said that the said actions are contrary to statements made before courts through pleadings or otherwise.

"The element of collusion between the Future Group and the MDA Group is manifested," the notice said.

It said FRL had claimed that the MDA Group had 'forcefully' taken over the retail stores and its board of directors have taken a "strong objection" to such actions taken by the MDA Group.

FRL had also claimed that it remains committed to take all actions as may be necessary to seek value adjustments and reversal of takeover of stores (leases) by the MDA Group, the notice said.

"It is telling to note that the Future Group has not taken any action against the take over of the retail stores. On the contrary, the Future Group is now intending to enter into a fresh commercial transaction for sale of its supply chain and logistics businesses, which are ancillary and supplementary to the operations of the retail stores to the same entity ie the MDA Group," Amazon said.

It said that despite the MDA Group having caused huge loss of revenue to FRL's retail business, and effectively getting FRL's retail stores purportedly against rental dues of a mere Rs. 1,100 crore compared to lender bank valuation of Rs. 3,000 crore, the Future Group is negotiating the proposed transaction and intends to continue having a business relationship with the MDA Group.

It said that without a matter of doubt MDA Group has been a willing collaborator in facilitating the said stratagem to illegally acquire the entire retail business as well as supporting businesses to the detriment of Amazon, public shareholders and creditors "The acts mentioned above are culpable, constitute fraudulent conduct, and also involve penalties under the penal laws and also amounts to contempt. Unless corrective action is taken by you, in larger public interest with a view to preserve the rule of law, you would be liable in law to all consequences for such illegal actions," the notice said.

Amazon asked the Future Group promoters "not to proceed with the proposed transaction, directly or indirectly; abide by the injunctions granted by the EA in the EA order, as affirmed by the tribunal order, and ensure that no steps are taken to consummate the proposed transaction." The e-commerce major said it reserves the liberty to take all actions available in law to enforce the valid, binding and subsisting injunctions and reserves all its rights in this regard.